How to use the ArduiBox Open DIN rail enclosure set for Arduino Nano, UNO and Yun Rev 2.

How to use the ArduiBox Open DIN rail enclosure set for Arduino Nano, UNO and Yun Rev 2. 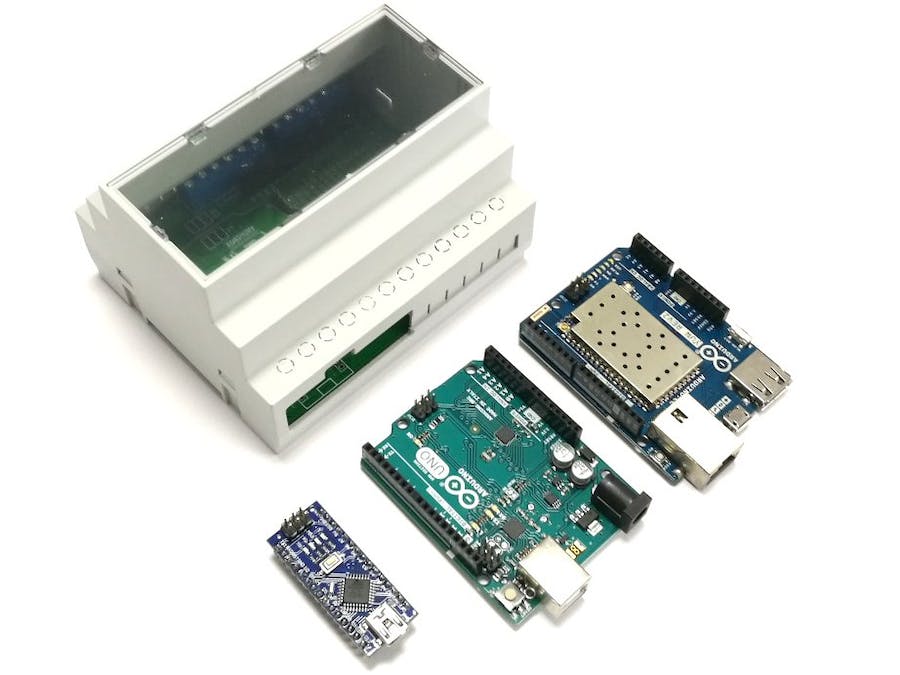 Sometimes it is useful to mount your Arduino project permanently in a control cabinet - for example in home automation or industrial applications. In such cases our ArduiBox enclosure for Arduino Nano, UNO and Yun Rev2 can help you to come to a rugged solution with professional look.

In this documentation we will show you how to use Arduibox with the different Arduino boards.

In the first step you have to assemble the PCB on the ArduiBox kit. Please follow the attached construction manual. It is important to now which Arduino board is later used, because you can not assemble the PCB for Nano and UNO/Yun at the same time....

Now you can mount the PCB in the bottom shell of the enclosure:

Fix the pcb with self tapping screws

Place the Arduino Board

ou can plug now the Arduino board of your choice to the main pcb:

It is possible to mount an additional shield onto the main PCB:

PCB with UNO and RS485 shield

Depending on the used terminals you have to remove the terminal covers of the top shell.These covers comes with rated break points. You can remove it with a screw driver and a nose pliers:

After mounting the top shell you be ready to mount the ArduiBox in a cabinet: