The project shows how to design using the same USB to enumerate as two COM PORT Terminal.

The project shows how to design using the same USB to enumerate as two COM PORT Terminal. 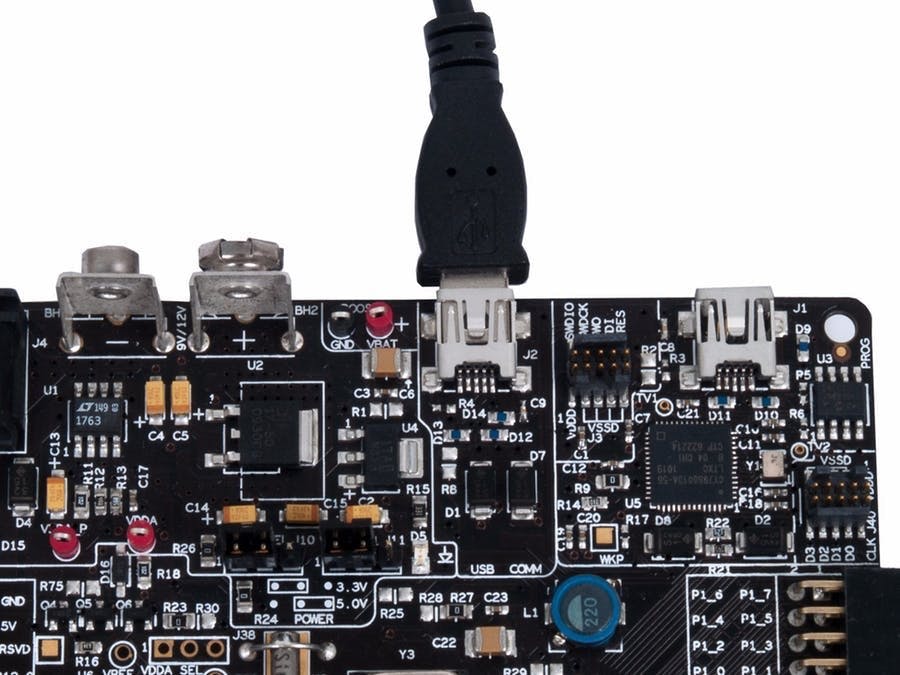 The attached project shows an implementation of dual COM PORT with a single USBFS component. Such a USB device is called a composite device. Composite devices are implemented using special types of descriptors called IAD (Interface Association Descriptor). The project implements two COM Ports: one acting as a loopback and the other constantly sending messages to the PC. The project is created by modifying the default code example USBFS_UART available with PSoC Creator.

The project would work only on Windows PCs.

The dual USB Audio will enumerate as a composite devicefirst and then shows two device classes.

In device Manager it wouldshow up as the following figure.

We are able to manually point the enumerated devices to CDCin Windows7. And it is working.

#1 Connect the project to Windows 7, it will enumerate astwo CDC Ports

#2 Select anyone of them and do ‘update driver software’

#3 Browse my Computer for driver software.

Then the first CDC will also get enumerated properly. Now repeat the steps 2-7 for the next interface also.