Kids locks on electronics hopelessly fail when exposed to actual kids. This device distracts the kid to save daddy's electronic stuff.

Kids locks on electronics hopelessly fail when exposed to actual kids. This device distracts the kid to save daddy's electronic stuff. 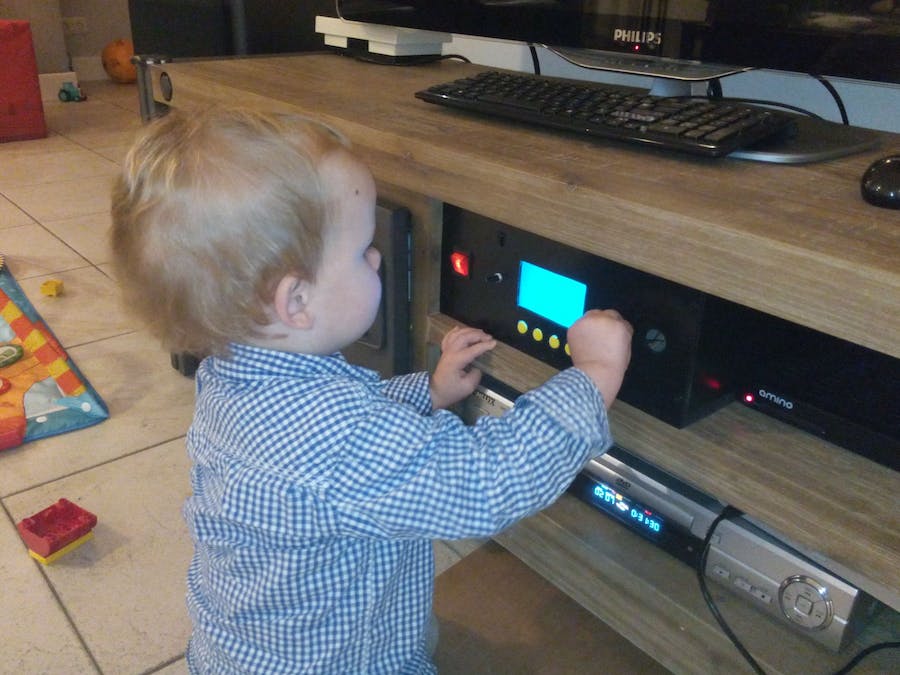 The project started out as a user interface to control an MP3 player. Adding a kid lead to a lot of skipping and other interruptions during playback. Seeing how the kid got around the kids lock on the washing machine in five minutes, I decided not to go that way. Instead I changed the project in a game for kids to distract him from the other gadgets around.

The player uses data from an SD card:

The .scr (screen) files tell the player what to do. They are in the JSON (http://www.json.org) format and look like this:

After loading a .scr file, the player executes the "Init" section. The sections "B1" through "B4" are executed in response to pressing one of the 4 buttons.

All sections can have the same fields: 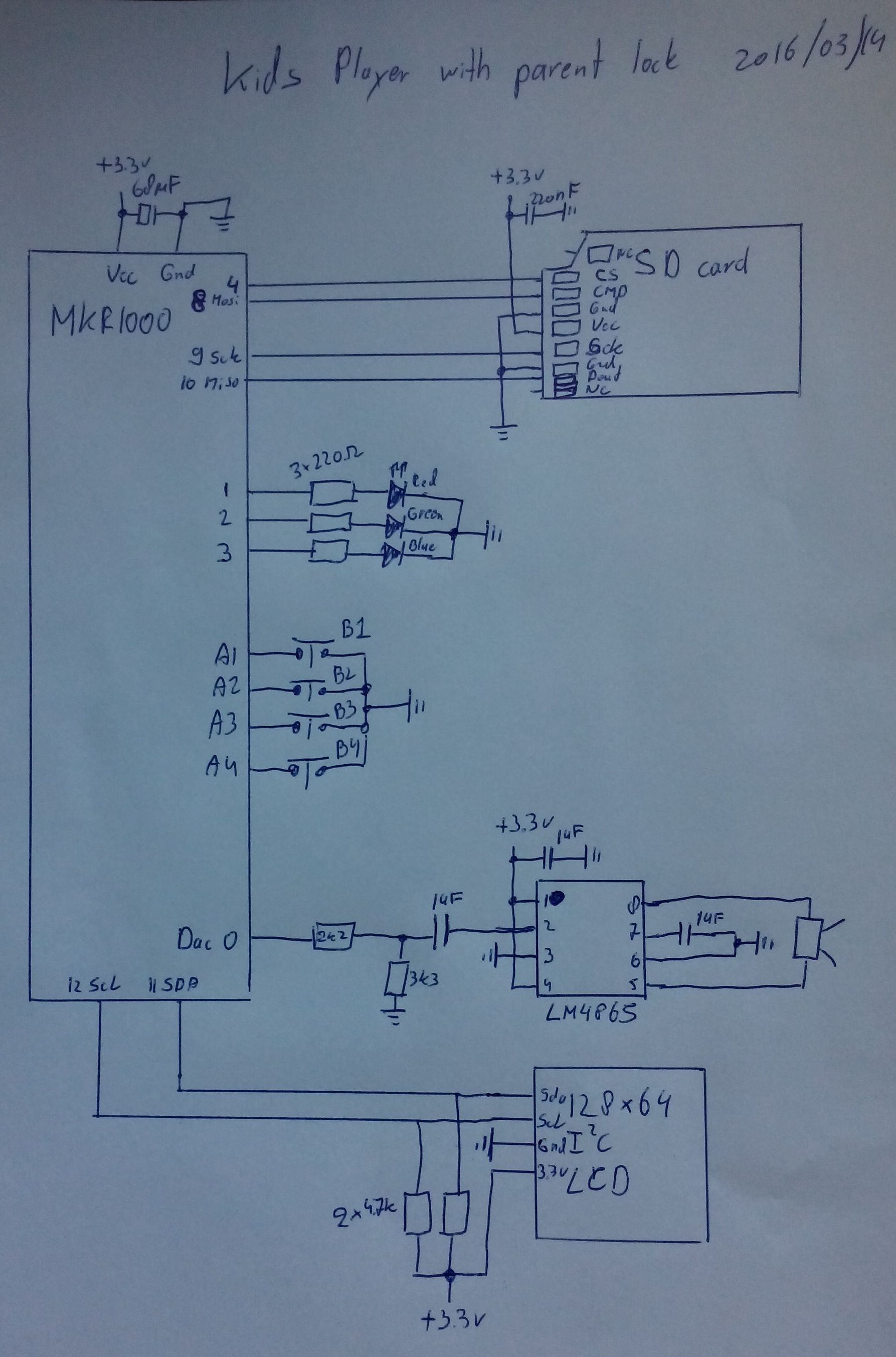