How to measure differential signals using an oscilloscope [examining the ADSL2+].

How to Measure Differential Signals Using an Oscilloscope

How to Measure Differential Signals Using an Oscilloscope

How to measure differential signals using an oscilloscope [examining the ADSL2+]. 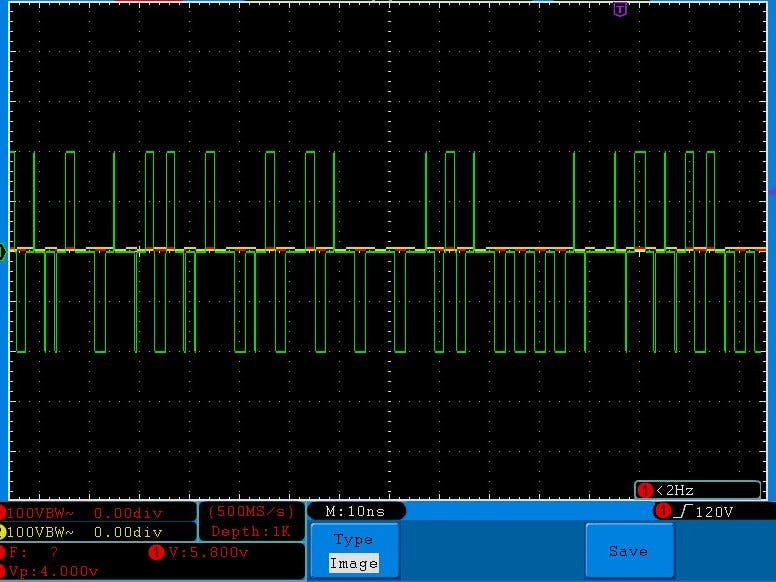 Single-ended signaling is a simple and common way of transmitting electrical signals from a sender to a receiver. The signal is ground referenced (0 Volt) and one conductor (wire) carries the signal and one conductor carries the common reference potential. The current associated with the signal travels from sender to receiver and returns to the power supply through the shared ground connection. If multiple signals are transmitted, the carrier requires one wire for each transmission line plus one shared ground reference. Figure-1 shows the single-ended signaling topology.

Figure-1 The topology of the single-ended transmission

Figure-2 The topology of the differential transmission

a. No return path

b. Resistance to Incoming EMI and Crosstalk

If EMI (electromagnetic interference) or cross-talk (i.e., EMI generated by nearby signals) is induced from outside, it is added equally to the inverted and non-inverted signals. The received side responses to the potential difference of input signals, therefore the majority of the noise will be canceled. Therefore the bandwidth and SNR factors of the signal will be improved. This noise immunity allows the sender to use lower voltage levels but still maintain an adequate SNR ratio. Also, the SNR value of differential signaling is automatically increased by a factor of two, in comparison with an equivalent single-ended implementation.

Just you need to connect oscilloscope’s Channel-1 to one of the differential lines/wires and Channel-2 to another one. Then go to the math function and enable CH1-CH2 which means a difference. Then adjust the oscilloscope to observe the signal. You use the run/stop or a single shot button to freeze the signal on the screen and examine it.

I have examined the ADSL2+ signal on the telephone line using the above-mentioned differential measurement method. You can consider the signal in figure-3.

You can follow the method to examine the USB, CAN or your own desired differential signals/data. My oscilloscope can not trigger the math result signal, so I had to use the Run/Stop button, but your device might have such an option.