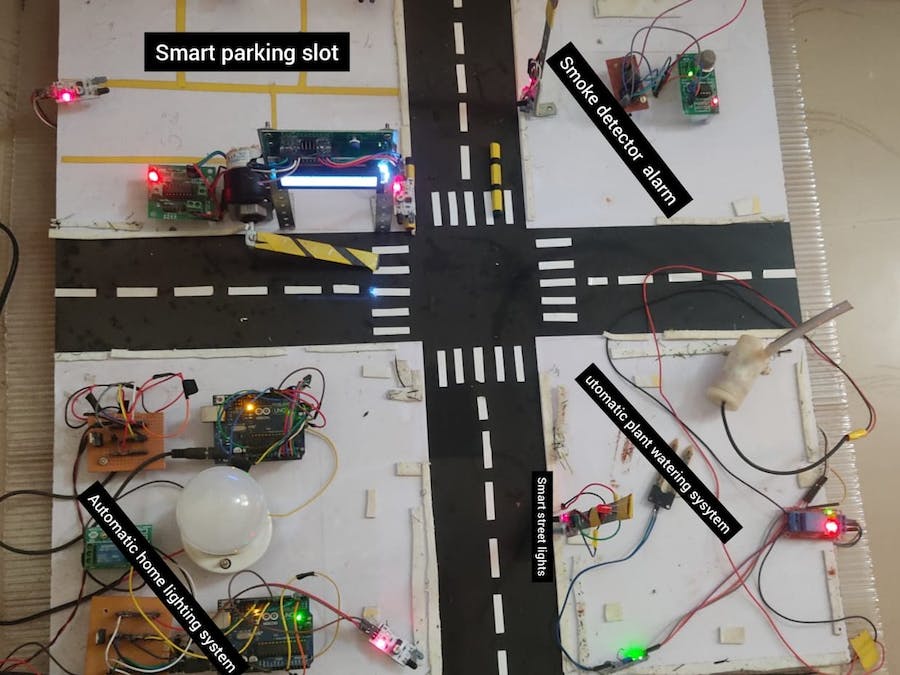 IT IS A REAL TIME PROJECT

Automatic Room Lighting System is amicrocontroller based project that automatically turns on or off the lights ina room. Electricity, being one of the most important resources, must beutilized carefully.

We often forget to switch off lights orfans when we leave a room. By using this system, we can intentionally forgetabout the lights as the system will automatically take care of them.

The digital World we are living in allowsus to use different technologies to automatically perform certain tasks. Suchautomation is very useful in certain areas like energy consumption, reducinghuman efforts, improving standard of living etc.

Theproject implemented here is one such project where the microcontroller basedsystem automatically controls the room lights Aim of this project:

It is automatically turn on or off thelights in a room by detecting the human movement. We implemented this projectusing 7805 voltage regulator and two Infrared (IR) sensors. It saves electricalenergy and solve energy crisis. It also avoids robbery of home or shops. Ifthis idea is used for streets or high ways a huge amount of electrical energycan be saved.

This is the project of automatic controlwatering for plants in garden, in the farmer field. This is real time project;it works on soil moisture sensor.Whensoil moisture is below the set humidity, the relay will automatically start tospray. It will sto automatically when it reaches the set humidity. It saves water, power, time and also plantslife. Itcan be used to control soil moisture over a wide range by adjusting thecorresponding threshold value on the potentiometer. When the humidity is belowthe set value, the motor starts itself. When the humidity is higher than theset value, the relay shuts down;

You can automatically water yourvegetable farm and garden, and control soil moisture in your flowerpots. Thelarge power relay enables you to control large current equipment. When thehumidity is below the setvalue, the relay starts; when the humidity is higher than the set value, the relayshuts down. The delay function can solve the problem that when in no delaymoisture critical state, the relay keeps flickering.

It is easy and practical to use.This projectis very useful

for the farmers. In Karnataka BESCOMsupply power for farmer only 6 to 8 hrs. i.e three phase current. In day time 3to 4 hrs and in night time 3 to 4 hrs. Farmers found difficulty to watering fortheir yields during night time because most of the farmers working at day timeand get tired, they may go to sleep early. Farmers faced difficulty to go theirfield at night because of wild animal. So they get fewer yields and becomeloss.

Our project replaces all these problemsin single step. This technology is helpful to people in their daily activitiesby reducing or completely replacing their effort and also can be used indifferent fields.

A Smoke Detector is a smoke sensingdevice. In this project, we implemented a simple smoke detector circuit. Weused Smoke sensor MQ-2 as the main sensor device.The MQ-2 smoke sensor is sensitive tosmoke and to the following flammable gases: LPG, Butane, Propane, Methane, Alcohol and Hydrogen.This sensor sensesthe smell released from cigarette or other tobacco smoke. This also can be usedas fire alarm. It makes sound when fire releases smoke.