IoT Raspberry Pi security camera running OpenCV for object detection. The camera will send an email with an image of any objects it detects.

IoT Raspberry Pi security camera running OpenCV for object detection. The camera will send an email with an image of any objects it detects. 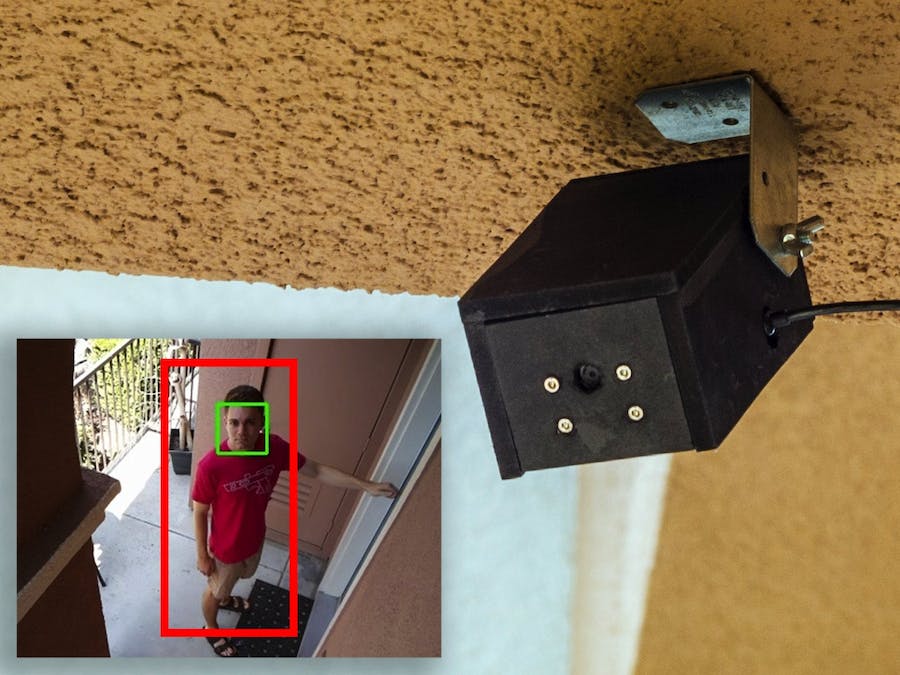 Check out this video to see a summary of the build steps and the completed camera:

The housing consists of two components made from 1/4" (really 0.22" - 0.23") medium density fiber (MDF) board. A bottom portion holds the camera and Raspberry Pi Zero in place, and a top portion attaches to the mounting bracket. We drew out some basic designs with a few holes to mount the components. Schematics of the upper and lower portions of the housing with exact dimensions can be found in the "Schematics" section, but you may want to vary your dimensions based on the parts and hardware available to you.

Sketch of the housing concept. Metal mounting bracket on the left

Cutting and Gluing the Housing

Once we had our basic design, we created some paper templates to cut the MDF board. Paper templates aren't needed to cut the MDF board, but we found that it was easier to position the parts on the board. They can also be saved for later and used to build another camera if you make a mistake while cutting. The exact measurements for this template can be found in the attachments section below. Trace and cut out each piece, being sure to label them. Then trace the template pieces onto the MDF board.

1 / 3 • Draw the housing pieces on a paper template

Using an electric jigsaw, cut out each piece of the housing. Be sure to wear safety glasses, cut in a well ventilated area, and wear a breathing mask. The fine dust generated is not good for you. All the dust also tends to cover up the traced line and makes it hard to see where to cut. We found it really helps to have a second person vacuum up the dust as you cut. You can also use an air compressor to blow it away if you have one.

Assemble the pieces together using wood glue according to the schematics. Use clamps to help you hold them in place while the wood dries.

Get ready to drill.

After marking the holes, use a small drill bit to drill 4 pilot holes in those locations. Then drill through with a 7/64" drill bit. In the video, you'll see us drilling counterbores at these locations too for the screw heads to fit in. But this isn't necessary if you bought long enough M2.5 screws, unlike us.

The hole for the camera lens takes three steps because the camera lens does not sit flush with the rest of the circuit board and needs a place to fit in when mounted up against the housing.

First, drill a pilot hole exactly in the center of the two top camera mounting holes. Then, flip the housing over and use a 1/2" drill to drill a counterbore on the inside face just deep enough for the lens to sit in. Go very slowly when drilling the counterbore because it's easy to go straight through the housing. Practicing on a scrap piece is highly recommended. Lastly, you can use the same pilot hole to drill all the way through with a 5/16" drill bit.

Mark a corresponding hole location on the upper housing, and make sure they line up when you put them together. Next, clamp the upper and lower housing together and drill straight through both pieces with a small drill to form pilot holes. After double checking the holes are in the right place, use the pilot holes to drill through with a 1/2" drill.

And now, finally, more holes! Line your metal mounting bracket up with the upper portion of your housing and find a hole to use as your pivot point. Make sure there is plenty of travel space as you pivot the bracket around. Also make sure it is high enough to not interfere with the sides of the bottom housing. Mark this location and drill a hole of an appropriate size to match the hole in your bracket. In our case, we used an 11/64" drill to fit a #8 screw.

Now that all the holes are drilled, paint the housing with black spray-paint (or whatever you want) to make it look nice.

Almost there. The metal mounting bracket for the camera is attached so that the angle of the camera can be easily adjusted. Slip a #8 x 3/4" screw through the 11/64" pivot hole in the upper housing from the inside, and secure it in place with a #8 hex nut on the outside.

Then slip the metal bracket onto the screw on top of the hex nut, and hold it in place with a #8 wing nut. The wing nut allows you to easily loosen the bracket, adjust the angle, and re-tighten.

The housing is now complete!

Being careful not to pinch or crease the ribbon cable, slide the upper housing onto the lower housing.

1 / 3 • Screw the camera module to the front of the housing using four M2.5 screws

Finally, screw the two portions of the housing together using two M4 x 20 mm screws, and plug in the micro-USB cable.

This project uses a Raspberry Pi Camera to stream video. Before running the code, make sure to configure the Raspberry Pi camera on your device.

Open the terminal and run

Select Interface Options , then Pi Camera and toggle on. Press Finish and exit.

You can verify that the camera works by running

which will save a image from the camera in your current directory. You can open up the file inspector and view the image.

This project uses openCV to detect objects in the video feed. You can install openCV by using the following tutorial. I used the Python 2.7 version of the tutorial.

The installation took almost 8 hours (!!) on my Raspberry Pi Zero, but it would be considerably faster on a more powerful board like the Raspberry Pi 3.

Next, navigate to the repository directory

and install the dependencies for the project

To get emails when objects are detected, you'll need to make a couple modifications to the mail.py file.

Open mail.py with vim vim mail.py , then press i to edit. Scroll down to the following section

and replace with your own email/credentials. The mail.py file logs into a gmail SMTP server and sends an email with an image of the object detected by the security camera.

Press esc then ZZ to save and exit.

You can also modify the main.py file to change some other properties.

to a new model in the models directory.

Visit <raspberrypi_ip>:5000 in your browser to view the stream.

Note: To view the live stream on a different network than your Raspberry Pi, you can use ngrok to expose a local tunnel. Once downloaded, run ngrok with ./ngrok http 5000 and visit one of the generated links in your browser.

When receiving an email for the first time, you might get the following notification from Google:

By default, Google blocks apps from using SMTP without permissions. We can solve this by clicking on the allow "less secure apps" link and toggle the feature on. The next object detected will send an email.

The security camera Secan be easily positioned on a shelf or counter inside if you want to monitor your home while out of town. We set it on a shelf in our living room and it worked relatively well with normal lighting. Flipping the metal bracket 180 degrees will help level the camera.

You can also mount the camera outside your house or by your front door with some 3M outdoor mounting tape.

We stuck a large piece on the top of the metal bracket and mounted it on an overhang beside our front door. The tape should be strong enough to support the weight of the camera. You can plug the camera in outside with an extension cord or route the power wire through the hinge in your front door. We used the wing nut to tilt the camera down toward where a person would stand by the front door.

Note: the object detection works better if the camera is positioned at a lower angle (e.g. at the same level as the person it is detecting) 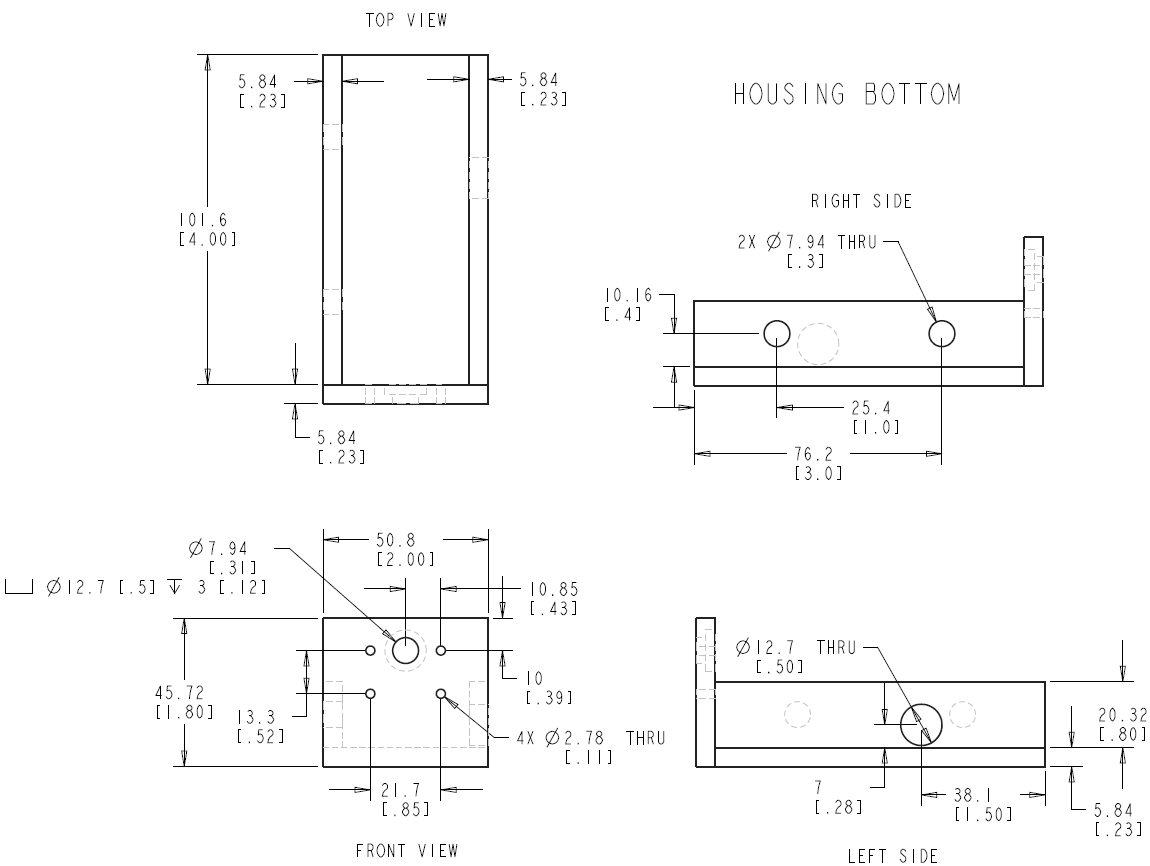 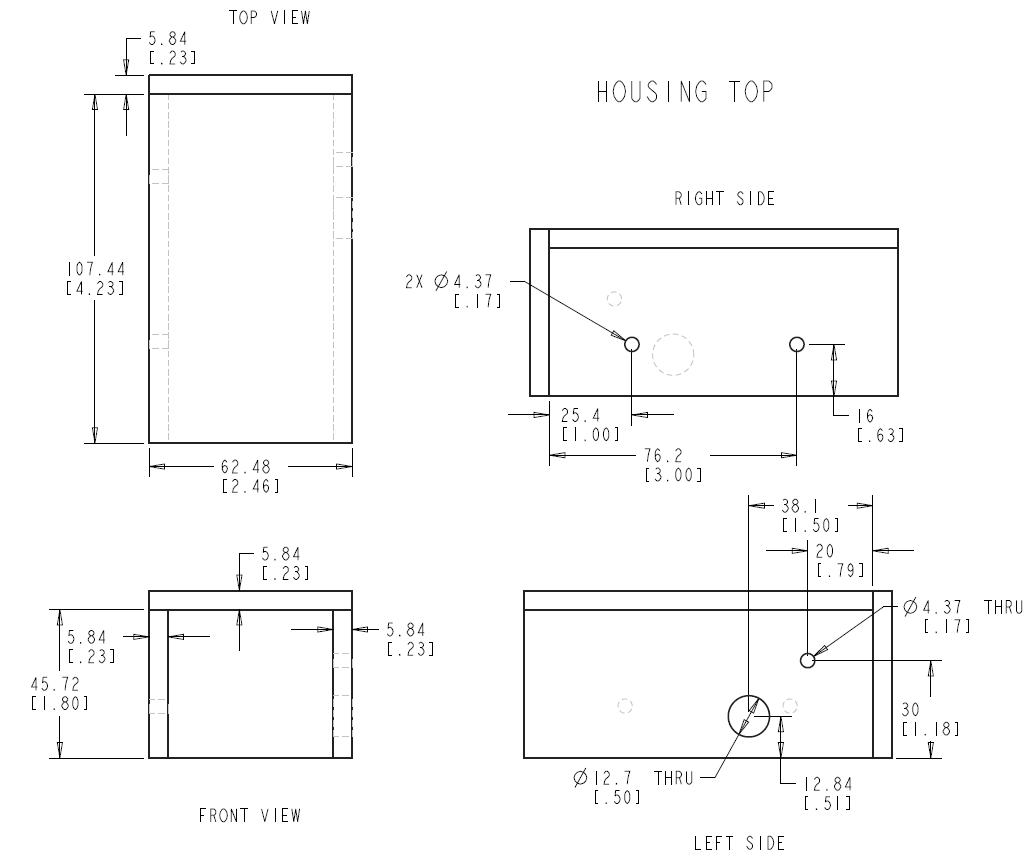