Proximity Sensor KEMET used in two applications to avoid crashes: 1) Open and close the gate, and 2) Stop the self driving car

Proximity Sensor KEMET used in two applications to avoid crashes: 1) Open and close the gate, and 2) Stop the self driving car

A self-driving car, also known as an autonomous vehicle, connected and autonomous vehicle, driverless car, robo-car, or robotic car, is a vehicle that is capable of sensing its environment and moving safely with little or no human input. Self-driving cars combine a variety of sensors to perceive their surroundings, such as radar, lidar, sonar, GPS, odometry and inertial measurement units. Advanced control systems interpret sensory information to identify appropriate navigation paths, as well as obstacles and relevant signage.

Self-driving cars are already exploring the difficulties of determining the intentions of pedestrians, bicyclists, and animals, and models of behavior must be programmed into driving algorithms. Human road users also have the challenge of determining the intentions of autonomous vehicles, where there is no driver with which to make eye contact or exchange hand signals. https://en.wikipedia.org/wiki/Self-driving_car

In the near future, pedestrians and bicyclists may travel in the street in a riskier fashion if they believe self-driving cars are capable of avoiding them. Driving safety experts predict that once driverless technology has been fully developed, traffic collisions and resulting deaths and injuries and costs, caused by human error, such as delayed reaction time, tailgating, rubbernecking, and other forms of distracted or aggressive driving should be substantially reduced.

In order for people to buy self-driving cars and vote for the government to allow them on roads, the technology must be trusted as safe.

In this project we're going to do two tests with a small-scale autonomous robot. We will also make proposals for safety systems to protect pedestrians, cyclists and animals, and using proximity sensors SS-430 KEMET: So our main goals are:

1. OPEN AND CLOSE THE GATE

To begin, we developed a prototype gate that opens and closes with the proximity sensor SS-430 KEMET. The system performs the following tasks:

Open and close the gate system

The electrical diagram of this safety system is shown below:

KEMET’s Pyroelectric Infrared Sensors use the pyroelectric effect of ceramic by absorbing infrared rays emitted from the human body. This detects the natural infrared signature produced by humans. Also, it can detect infrared rays without using lenses. https://content.kemet.com/datasheets/KEM_SE0208_SS.pdf

Due to the absence of a lens, KEMET’s Pyro Sensor is low profile, as it doesn't protrude, which makes it ideal for gathering visual requirements. With KEMET’s proprietary piezoelectric ceramic material and element structure of the Pyroelectric Infrared Sensor, humans can be detected through resin. This allows more freedom in the design of the outer appearance of the end product. By adding a KEMET proprietary lens the detection distance can be further improved.

In this chapter we explain how the code works, and you can download it at the download section: OpenAndCloseTheGate.ino

We use the servomotor library, and declare the variables. In Pin 5 we connect the servomotor, pin 7 the LED, and pin A1 the infrared sensor SS-430.

When we move our hand through the infrared sensor SS-430, it detects two pulses of 200 microseconds. The first pulse is detected when we put the hand over the sensor and the second pulse when we remove the hand. Reference: https://ec.kemet.com/blog/pyro-switch-hidden-ir-detection/

In my case, I did tests with the threshold and obtained better results with 199.9 microseconds. For some reason, the signal had a lot of noise and I controlled it with this threshold.

After detecting the two pulses of 200 microseconds, we have two situations:

PRINTING AND ASSEMBLING THE CONTROL PANEL

We have developed the parts of this security system with the 3D printer, and which we show in the figures below. You can download the STL files at the end of this tutorial.

This is a 10x10 cm panel, where we will place all the parts of our security system: SS-430 proximity sensor, Arduino MEGA 2560 board, LED, servomotor and gate.

This is the piece in which we assemble the servomotor, which will support the gate that opens and closes. Now, our project would be assembled as follows:

This experience was interesting because we obtained satisfactory results, for example:

What we are going to do in this project is that when we pass our hand over the SS-430 sensor, then the Autonomous Robot will stop for five seconds. Then the vehicle will continue with the march. The communication is achieved through HC-05 Bluetooth devices, the panel is configured as a master and the autonomous robot as a slave. Here we find two applications:

The electrical diagram of the transmitter system is shown below:

Every time we move our hand over the SS-430 sensor, this device sends the acknowledgment signal to the Mega 2560 board. Then, the "a" character is sent through the serial port and the HC-05 Bluetooth board. LED turns on 5 seconds and then automatically turns off. This process is repeated every time we approach our hand to the sensor..

In my case, the AT commands to configure this Bluetooth HC-05 as a master are the following:

The electrical diagram of the receiver system (Autonomous robot) is shown below:

How does it works?

In my case, the AT commands to configure this HC-05 Bluetooth as a slave are the following:

PRINTING AND ASSEMBLING THE CHASSIS

We have developed the parts of this autonomous robot with the 3D printer, and which we show in the figures below. You can download the STL files at the end of this tutorial.

This chassis is very important, since we are going to place the Arduino UNO board, the three infrared distance sensors, the L298N driver, the battery and the HC-05 Bluetooth.

This cylinder-shaped support will help us to connect the chassis with the ball caster.

This system provides security to stop the autonomous robot with a simple movement of our hand as shown in the video below.

We have achieved our goal of stopping the autonomous robot with a simple movement of our hand. In this way, we can prevent an accident. In the same way we can use this application in public transport with autonomous robots, either to get on or off a passenger. 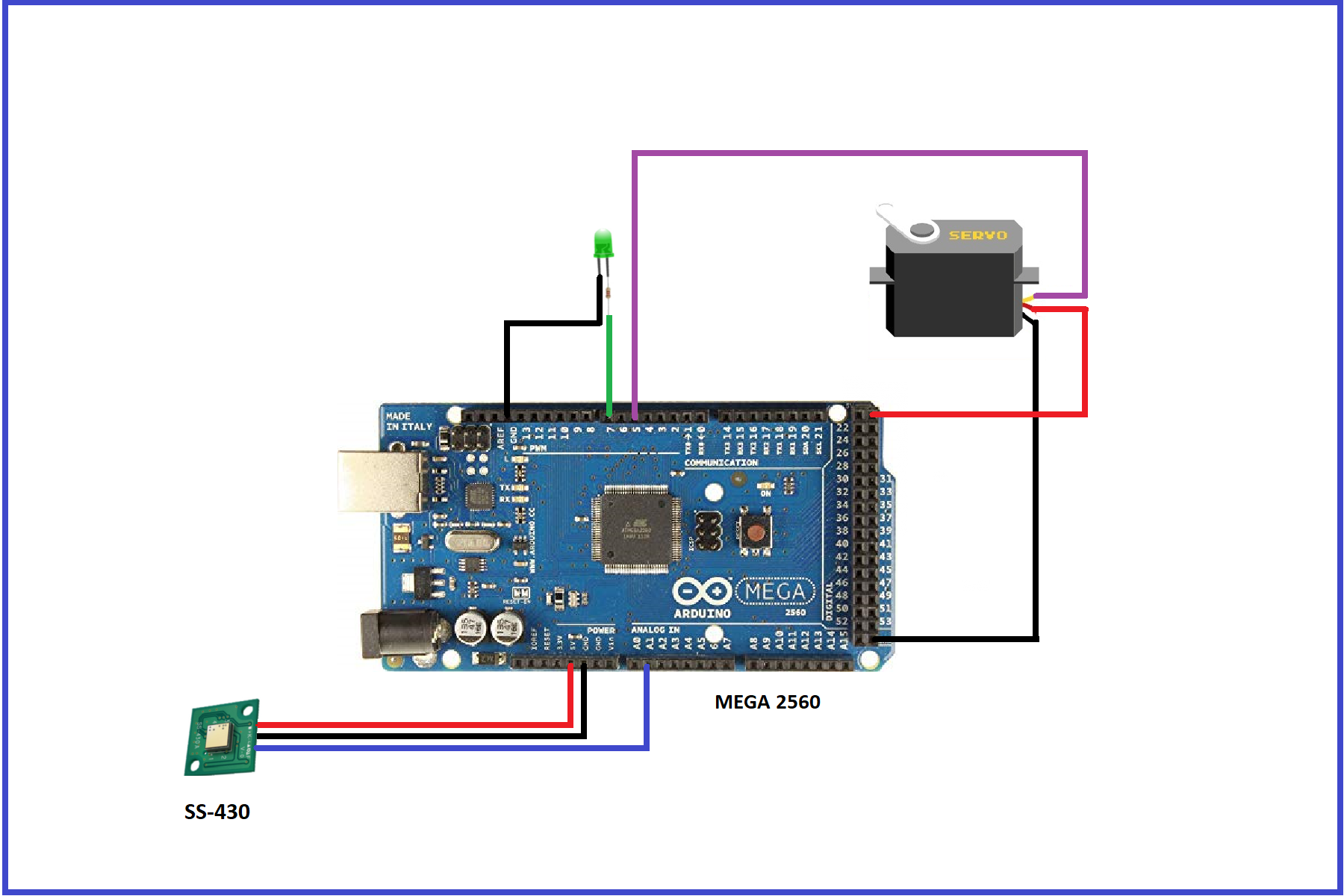 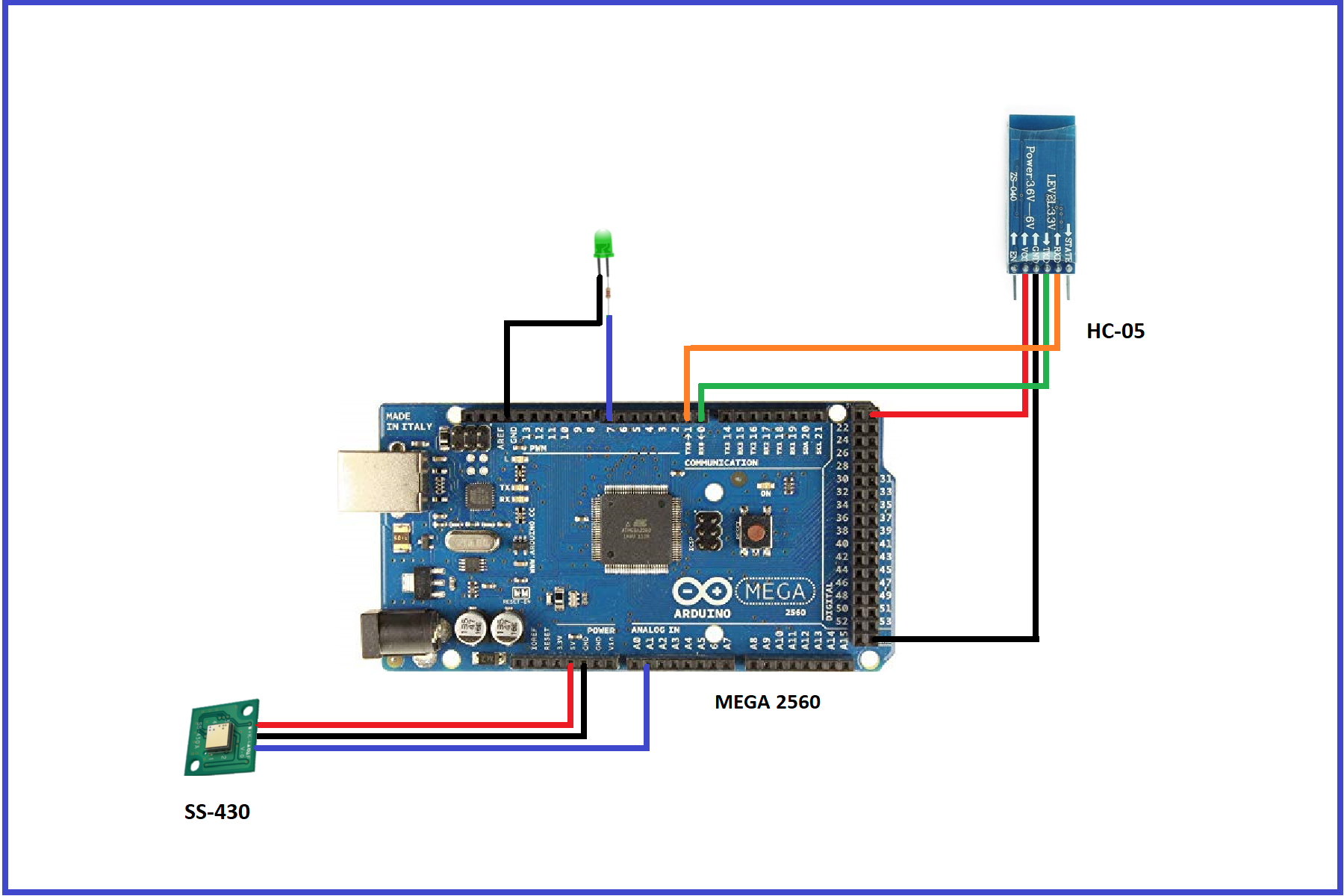 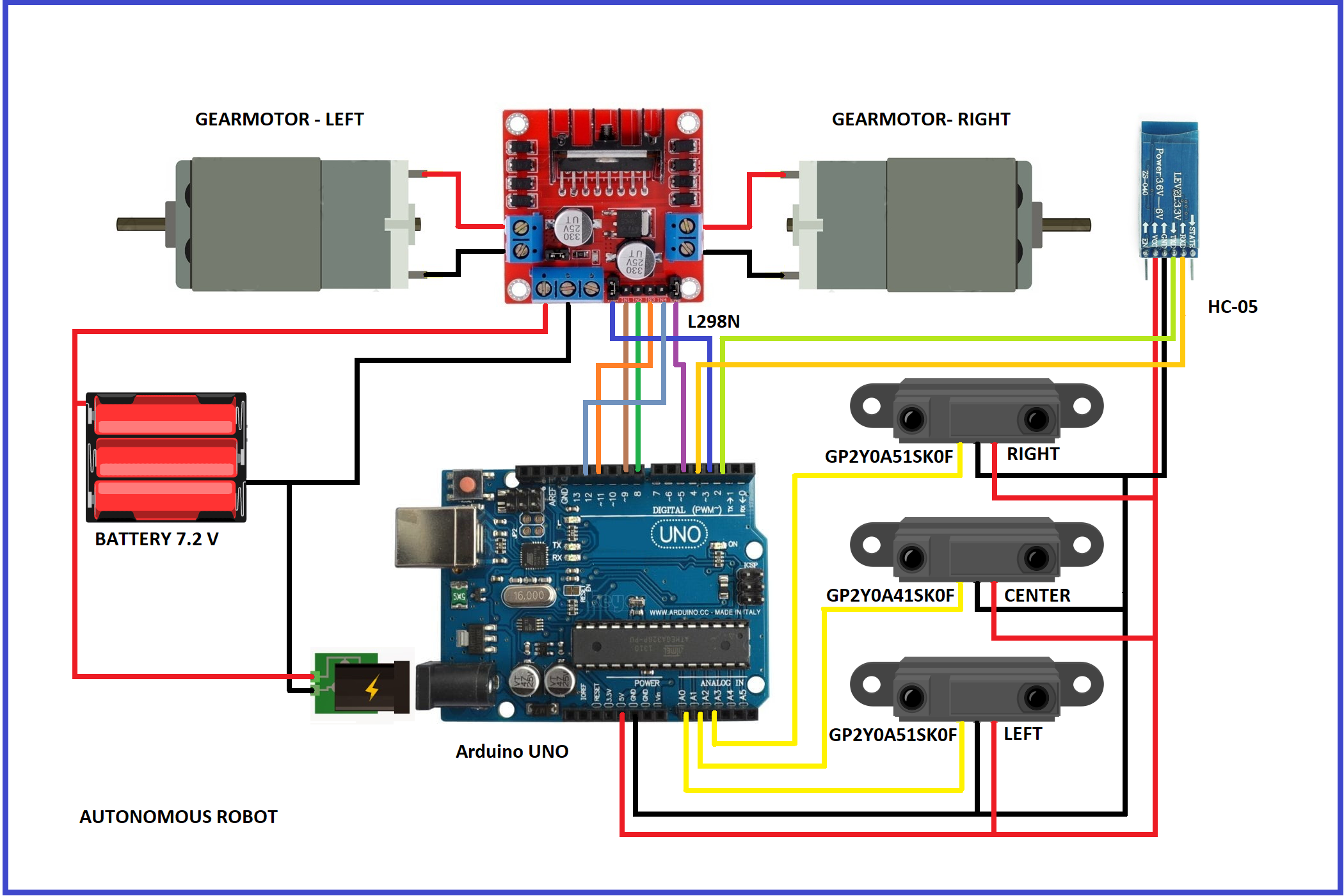 39 projects • 36 followers
Communications and Electronics Engineering, and Writer... "Don´t Expect Different Results If Your Habits Are The Same" A Einstein
ContactContact