How to Automate Your Home With Your Voice

How to Automate Your Home With Your Voice 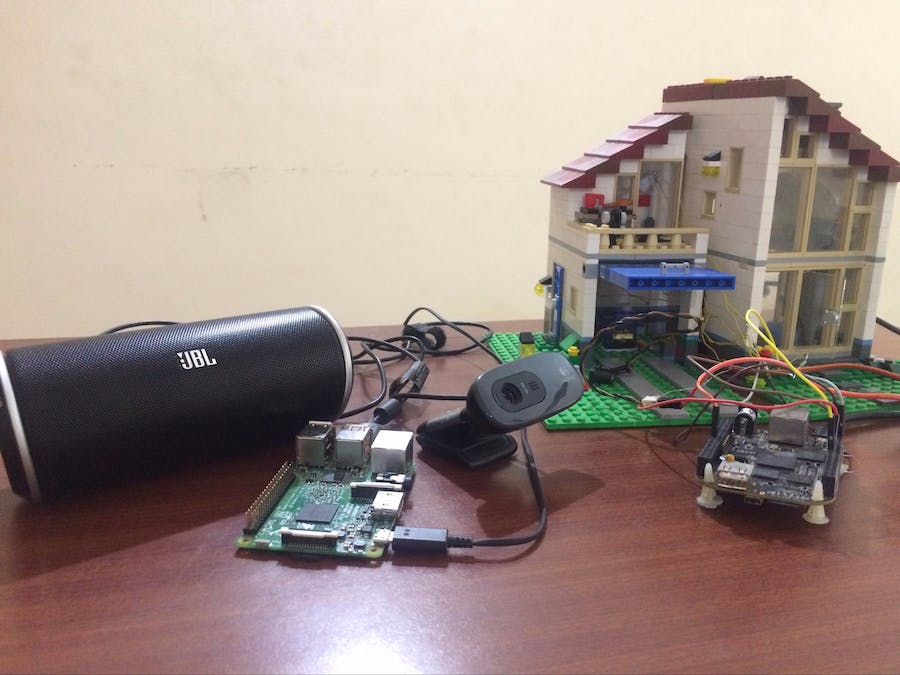 Using voice to control things in your home is one of the coolest things in home automation. It is more natural to use voice rather than keyboard or a touch screen. Wouldn't it be fun to use a voice command to turn off lights or switch on AC or even open a door? All without leaving the comfort of your chair !

Notes about the hardware used:

You will need the following accounts.

Alexa is a voice service from Amazon which gives a Voice User Interface (VUI) to customers to interact with the world. You can ask Alexa range of questions from information about weather in your city to the distance between sun and earth. You can also ask Alexa to play music or set an alarm or timer etc. However what makes it more powerful is the ability to develop additional skills using the service. This is the Amazon Skill Kit.

Alexa skill kit is a set of API and tools which help you create your own capabilities using voice commands. There are some predefined skills like 'Smart home skill', 'Flash briefing skill' but in this project we will be using a custom skill. Using a custom skill is simpler and more flexible. It also does not need any user authentication or account linking as required by the smart home skill. You can read more about Alexa voice service and Alexa skills kit here.

PubNub is a real time data streaming network. It works on the principle of publish-subscribe. Devices publish messages to the network using a particular topic and these messages are received by devices who are subscribed to that topic. PubNub acts as a broker in this architecture to receive published messages and pass them on to subscriber devices. The device can be a mobile phone or tablet or Raspberry Pi, Arduino like board and so on. You can read more about real time data streaming networks on this blog by Joe Hanson and find out how PubNub works from here.

In this project, we use PubNub for message passing from Alexa skill adapter code to the BeagleBone Black board responsible for controlling devices in the home.

With this basic knowledge about Alexa and PubNub, the following image will help understand the flow and working of this project.

You can also have a look at this presentation on Slideshare to get more understanding about the workflow.

Enough theory and introduction, let's get to the execution phase. Follow the steps below.

If not done already, create all accounts required (Amazon, PubNub and Heroku).

Create a new app within PubNub. This will also create a demo keyset within the app. This keyset is a pair of publish and subscribe keys. We need these keys later on so copy these keys somewhere in a text file. Publish key is needed for publishing messages to PubNub network from the web service. Subscribe key is needed for code running on BeagleBone listening to messages published on a channel. Note that we don't need to create any channel on PubNub website. Whenever a publish is done, the channel gets automatically created and other devices can subscribe to the channel.

The wiki https://github.com/alexa/alexa-avs-sample-app/wiki/Raspberry-Pi contains all instructions in detail with screen shots and hence I am not repeating them here. Following these steps will install the Alexa app on your Raspberry Pi and will also register your Raspberry Pi as an authenticated device to access the Alexa voice service.

A couple of things to note:

Once you are able to access the Alexa voice service, i.e. you got correct answers to questions you asked, you are ready to take next step for developing a skill set.

The actions our custom skill executes based on voice commands we speak, are all executed in the code running as a web service. The web service receives requests from Alexa voice service in the form of intents and slots. It processes the intents and publishes messages to PubNub network.

You can carry out these steps on your host machine running either Linux / Windows / Mac.

It is easier to work with command line interface when using Heroku.

Follow the steps in the 'setup' section here to download the Heroku CLI and verify you have correct versions of node, npm and git installed on your host system.

If not done already, checkout source code for skill adapter as web service from GitHub. Navigate to folder alexa-pubnub-heroku.

Heroku creates an app for you with a random name. Note this name. It also creates one git repository for the app code on Heroku. A remote reference is added to your local git repository so you can push code changes to the web app via git. Next, we need to set some configuration parameters such as PubNub publish/subscribe keys, web app route etc.

The WEB_APP_ROUTE configuration parameter is part of the https endpoint route to which Alexa service will pass on the requests. You can choose any random name for this. In this example, the endpoint becomes

We need this endpoint later to configure the Alexa skill.

Also, you can choose any name for PUB_NUB_CHANNEL_KEY but it should be kept same in the BeagleBone environment as well.

Finally, depoly the Heroku web app which then starts running our code as a web service.

Note: The sample utterances and intent schema are in fact not needed for the web app. But I added them to this repository only for convenience.

At this point, you should be able to test your skill via a simulator. In the test section, ensure that your skill has been enabled for testing. If not, something is missing and generally an error message will be shown there. Go back and correct it.

If this works fine, proceed to test the skill using voice commands. Start the Alexa app on your Raspberry Pi and say 'Alexa Tell my home to turn on kitchen light'. You should get a voice acknowledgement like 'Turning on the gadget'.

You can additionally test the skill by using PubNub's debug console as well. Go to Debug console section of your PubNub app on PubNub website. Add a client with the channel name 'alexa_world' (or your own channel name). When you speak into the Alexa app on the Pi, you should see message published by the skill adapter in the client window.

Let's now fit together the only remaining piece of the puzzle. We will run code on BeagleBone Black so it subscribes to channel 'alexa_world' on PubNub and keeps listening to messages on this channel. Once it receives a message, it validates the message and takes necessary action to turn on /off the corresponding GPIO pin or set PWM value etc.

The app will now start listening to messages on PubNub channel 'alexa_world'.

Now if you speak into the Alexa app 'Turn on garage light' or 'Turn on bedroom light', you should see corresponding LEDs turning on/off as per your commands.

Do let me know if you replicate this project. 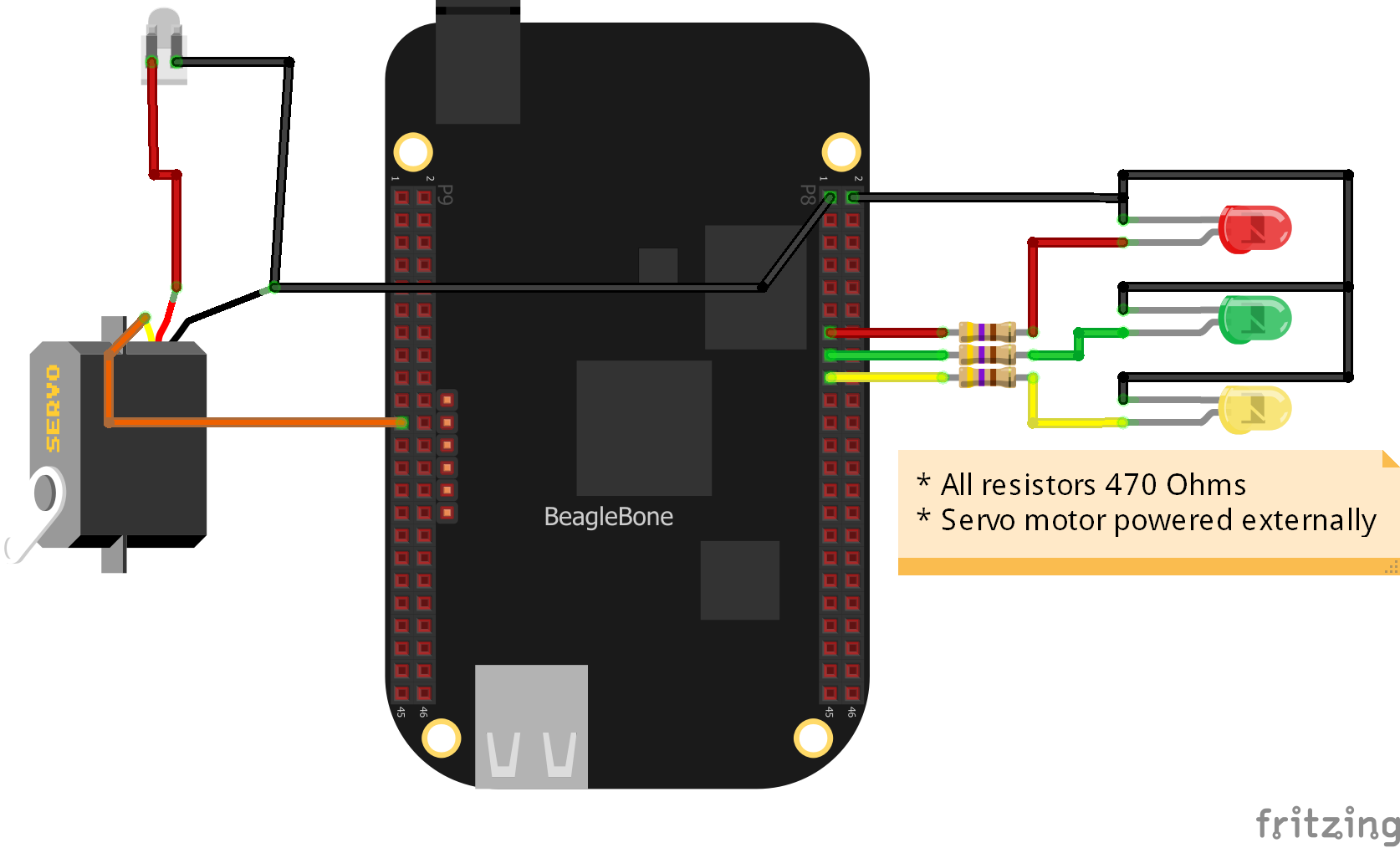