A super-cool OFF remote for any TV: we take the famous TV-B-Gone kit and mount it inside an NES Zapper!

A super-cool OFF remote for any TV: we take the famous TV-B-Gone kit and mount it inside an NES Zapper! 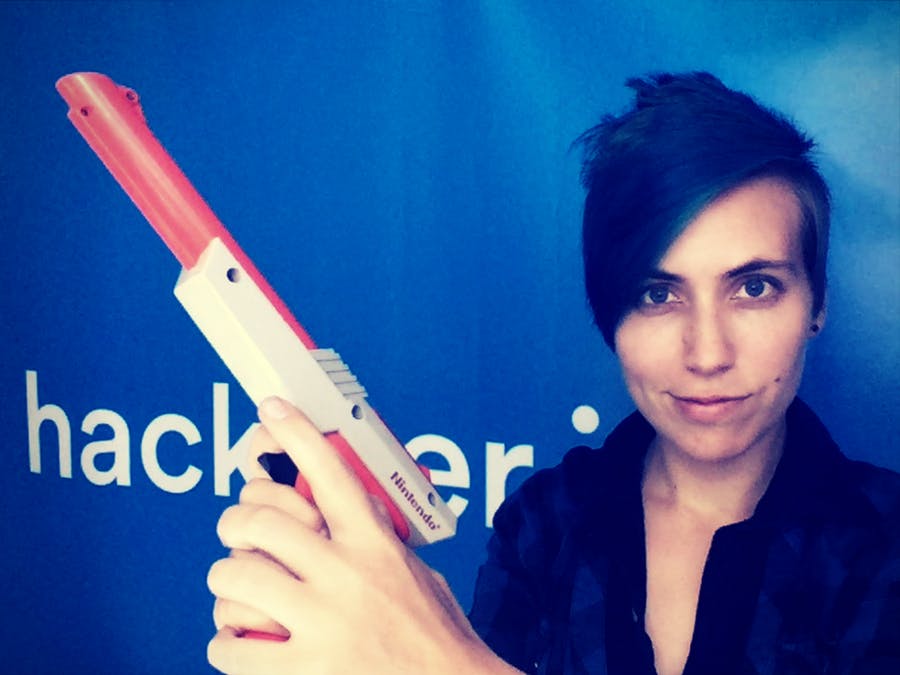 This project is a mashup of Mitch Altman's TV-B-Gone and a vintage NES Zapper gun controller (as seen in Duck Hunt, etc). The TV-B-Gun can turn off most TVs you will encounter in the wild!

First off, you can build a TV-B-Gone without buying the kit, but I went ahead and bought one, so I knew it would work.

Here's my video on taking apart this controller – originally a sophisticated light sensor – which is super handy as a base for crazy hardware hacks:

I bought a TV-B-Gone kit at Noisebridge Hackerspace, then pretty much followed this guide: https://learn.adafruit.com/tv-b-gone-kit/solder-it

However, I made a few tweaks so the kit would fit better inside the gun. For example, the four LEDs are extended on a ribbon cable, so they point straight out the barrel.

As you'll see in the video, I put the battery pack at the other end of the cable. I may someday replace the 2 AAs with a small rechargeable battery, which could fit inside the grip of the gun itself.

Check out the image below for more detail on the wiring. Note the red and black wires on the left: They attach the button on the TV-B-Gone to the gun's trigger.

The blue and white wires on the left attach to the gun's cable; at the other end of the cable, I've soldered those wires to the battery leads, and added an on/off switch. The multicolored wires on the right, of course, lead to the LEDs. I accidentally soldered the capacitor right up close to the PCB, so it couldn't fold over. I fixed that later by adding the little white flexible extender wires.

I spent some time on this at Noisebridge Hackerspace, using clippers and files to remove material from the gun so that the circuit would fit completely inside. I attached the battery pack to the other end of the cable, and soldered the LEDs to a ribbon cable, pointing down the barrel. Then came the task of fitting it all back together again.

Stay tuned for a demonstration video (assuming it works...)!

I did this project as a series for Throwback Thursday on our Facebook page! The videos are available there at higher resolution. You can keep up with future projects by following me on Hackster, or liking us at facebook.com/hacksterio