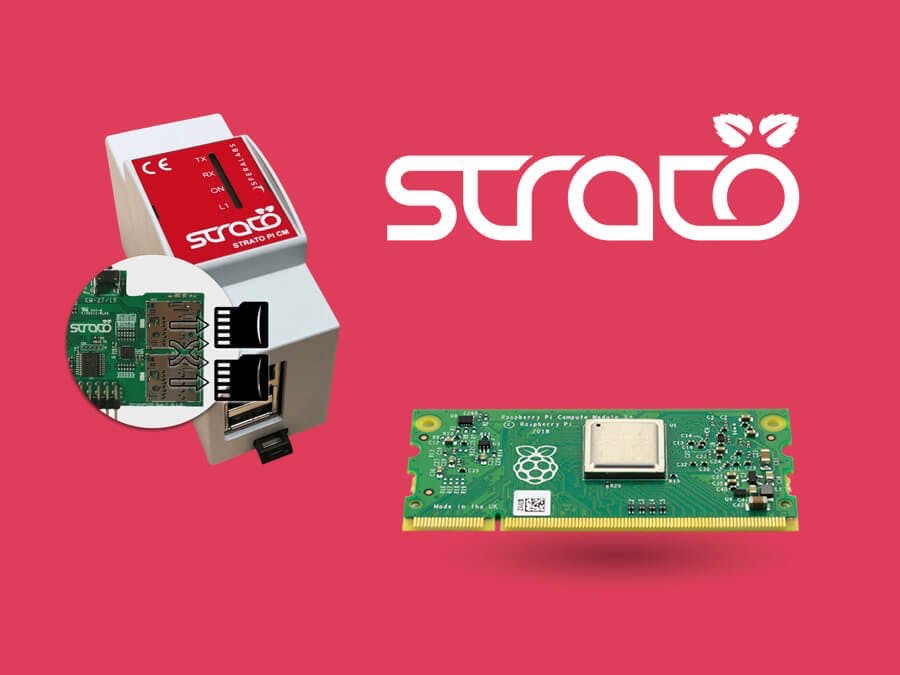 The Raspberry Pi is a great platform, but something that is often frown upon is that it relies on a SD card for its system storage.

First of all, this is because cheap, bad quality SD cards are often used. They are great to start playing with your Pi, but if you are not just playing then you may want to invest in an industrial-grade SLC SD card which will perform as well as any other storage alternative.

Then, often external factors lead to filesystem or data corruption which are not related to SD cards. For instance, an unstable power supply could cause these issues on any storage media... but on Raspberry Pi the poor SD card is the only one to blame, so let's blame it...

On the other hand SD cards are a very convenient solution: small, easy to flash, easy to replace, easy to find... basically, they are just the best option for something like the Raspberry Pi. There, I said it...

What else is there?

The standard version comes with an embedded eMMC Flash device which replaces the SD card. Then there is the "Lite" version which instead replaces the SD card with... well... nothing! In fact, the bus lines which normally connect the CPU to the SD card are simply routed to the DDR2 SODIMM connector (where all the GPIO pins are too) so that you can connect it to whatever storage media you prefer...

And even if you already are a SD card supporter, well, having 2 of them comes with great perks... I'll get to that soon.

Amongst all the other reliability and security features shared with the other modules in the Strato Pi family, its highlight is the support for 2 SD cards!

First of all, how does it work?

Basically the SD bus lines of the Compute module are connected to a high-speed switching matrix that can route the bus to 2 different microSD card holders. With simple commands from the Raspberry Pi you can then switch between them.

Now you are saying: "But if I switch the SD card while the system is running wouldn't it break everything?" Yes, of course it would... be patient...

Now you are thinking: "OK, anyway it would be much cooler if I could access both SD cards at the same time..." Again, yes it would... and you can!

If you dig deeper in the Compute Module specs you'll find that, other than the primary SD interface from which the system boots, there is a secondary one which can also be connected to an external storage.

So instead of leaving the second SD card hanging, Strato Pi CM Duo allows for connecting it to the secondary interface and use it as an extra external storage.

This secondary interface is also available on the Compute Module with eMMC memory, so here you can have extra storage on SD card too, but not switch between them for booting :/

What am I supposed to do with all this now?

There's many things you can do with this double-swapping SD cards configuration:

OK, let's get our hands dirty. Here I'll show you how to configure Strato Pi CM Duo for system redundancy, i.e. we'll have 2 (almost) identical SD cards and we'll switch between them when one (pretends to) fail.

In the following, I'll be assuming you have some basic knowledge about accessing your Pi via SSH, editing files from shell and some other basic shell commands. No more is required.

First of all get 2 microSD cards and flash them with your favourite flavour of Raspbian. I'll go with Raspbian Buster Lite.

I'm sure you know how to, but just in case, here is a useful link: https://www.raspberrypi.org/documentation/installation/

Since we won't have access to the Pi through keyboard and display, we need to enable SSH access: to this end, you simply need to add an empty file named "ssh" to the /boot/ partition of the SD cards.

Now setup your Strato Pi CM Duo and place the 2 SD cards in their slots:

Power it up. The system will boot from SDA (the one on the bottom).

SSH into the system. You can either find the IP address assigned to the Pi or try using its default hostname "raspberrypi":

Enter the password (default "raspberry") and you are in.

The simplest way to control your Strato Pi CM Duo is to install its kernel module that allows for accessing all the functionalities via sysfs, i.e. by simply reading and writing (virtual) files.

You find a step-by-step guide on its GitHub repo.

Make sure it is properly installed and automatically loaded at boot.

Now, we'll create a simple service that starts at boot and simply blinks Strato's LED. This will be our never-to-be-stopped application.

Create a file called "unstoppable-led.sh" in /usr/local/bin/ with this content:

You'll see the L1 LED switch on and off every 1 second. Stop it with Ctrl-C.

Now we create a systemd service that will call this script at boot and restart it if, for any reason, terminates.

Create a file called "unstoppable-led.service" in /etc/systemd/system/ with this content:

When it restarts, the LED will keep blinking forever.

So far, if the process hangs or stops running, no one will notice and our LED won't be so unstoppable.

Other than blinking the LED, we'll signal that our application is running by toggling the watchdog heartbeat line. Modify unstoppable-led.sh as follows:

And restart the service:

Let's configure the watchdog to be always enabled, reduce its control timings and save this configuration in Strato's MCU:

The /sys/class/stratopi/watchdog/timeout is set in the script because, when the watchdog is set to always enabled mode, after a power-cycle it is restored to 60. (I will not go into details on why this is done, if interested you can read the docs).

In a real scenario one would want to monitor the watchdog timeout warning line (/sys/class/stratopi/watchdog/expired) and, if enabled, try a clean system shutdown. Here we'll simulate a severe hang of the system that can only be fixed by a plain old off/on.

So now let's see what happens when we stop our process:

When the LED stops blinking, after 30 seconds Strato's watchdog will forcefully reset the Compute Module and restart it. After that the LED will shine again.

Already this looks like a more unstoppable LED, but what if our process stopped because our SD fried up and the system can no longer manage to boot from it?

Since Strato Pi has been reset, you have been disconnected, so SSH again and login.

We need to setup our secondary SD (SDB) as we did for our primary one. Let's disable the watchdog for a moment and configure Strato to boot from SDB as default:

The last command tells Strato to initiate a power-cycle immediately.

When it reboots, SSH into it again and you will find yourself in SDB-land! You can see this by noticing that the LED is not blinking.

Note: when you SSH into the Pi, you may get a warning about the host identification being changed. This is true, since we are booting from a different system that has different keys. If this is blocking you, you need to delete the corresponding entry from the "known hosts" list. How to do this depends on your OS; on Linux/Mac:

So, now you need to go back to the "Strato Pi kernel module installation" chapter and re-do everything for SDB until you have your LED blinking at boot.

You can skip the intermediate points and just use the final configuration. One more thing, use the following "unstoppable-led.sh" script, instead of the same one, so that we can distinguish which SD we are booting from by the speed of the LED blinking:

Please, don't get trapper into a loop, just go back only once and stop before reaching this point ;).

OK, if you are back here it means that you have setup everything on SDB and your unstoppable LED is blinking fast.

Now, we configure the watchdog so that, if the heartbeat fails and the reset kicks in, it will automatically switch SD card to boot from while the Pi is off (see, no switching while the system is running):

Let's make sure the watchdog is configured as always enabled:

And let's see what happens if we stop the unstoppable:

After 30 seconds the system will reboot from the other SD and you are back to your slow blinking, i.e. boot from SDA.

Login back and stop the process again, Strato will reset and go back to fast blinking, i.e. boot from SDB.

You could even try to remove power from Strato Pi, remove SDB (which is now our primary SD) and see what happens when you start it again...

Strato will try to boot from SDB, but there is no SD to boot from, so the watchdog will not receive its heartbeat signal, after 60 seconds (we discussed this above) plus 20 more seconds of delays Strato will reset and boot from SDA, and our LED will continue to shine...

Is this real life?

It is, but in real applications there's more things you would want to do to ensure reliability for your system. For instance, you could update the heartbeat only if a series of health checks on your application and the file system are passed. Then you could have a separate process monitoring the watchdog timeout line and attempt a clean shutdown before the reset triggers. And if your process is storing data, you might want to copy this data on the secondary SD too, so that when it becomes primary, it is up-to-date with the work done so far. And of course, if things start to fail you may want to signal it to someone so that, for instance, a broken SD car can be replaced before the other one fails too (which is NEVER going to happen! ;)).

That's it folks, I hope you enjoyed it!