A ridiculously low cost water-based 3D sensor for real-time tracking of precise coordinates of the tip of a stylus in confined 3D space.

A ridiculously low cost water-based 3D sensor for real-time tracking of precise coordinates of the tip of a stylus in confined 3D space. 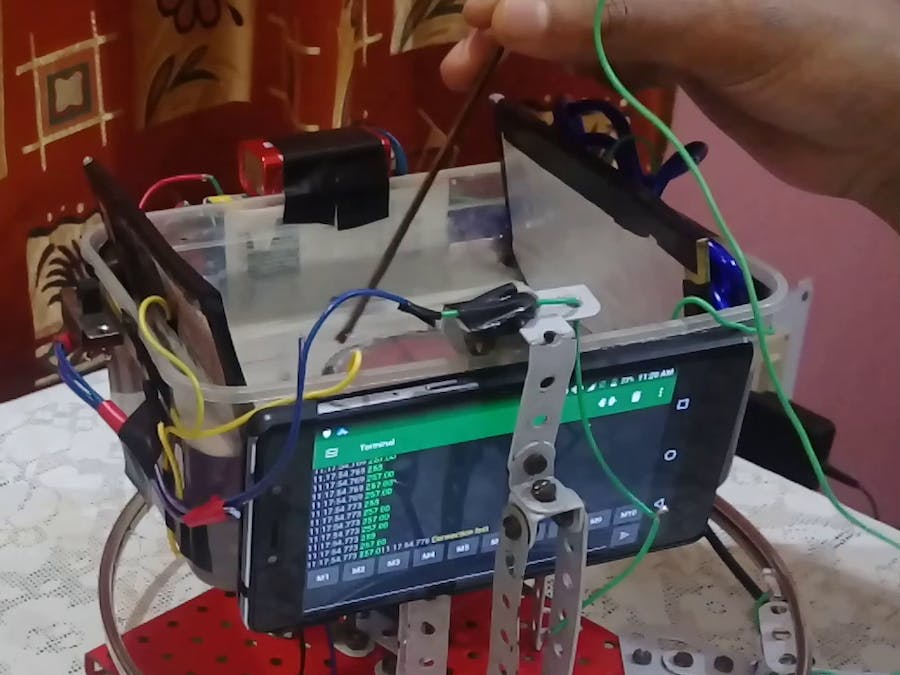 The basic idea behind this 3D sensor is the use of a parallelopiped water container as a water potentiometer device. This principle is employed to develop a ridiculously low cost sensor for real-time tracking of the precise coordinates of the tip of a stylus, in confined 3D space (within the dimensions of a container).

The 3D positioning and gesture tracking technology incorporated in all of today's sensors, such as the Kinect Sensor or Leap Motion Controller, as well as the camera/sensor included in the VR bundles of Oculus Rift or HTC Vive, is based on IR.

The challenge that this project addresses is to develop a sensor device, alternative to the 3D IR camera/sensor, which:

The basic idea behind this sensor is the use of a parallelopiped water container as a water potentiometer device. It is similar to a 3-pin slide pot used in electronic circuits, with the 2 aluminum electrodes equivalent to the 2 end pins of a slide pot, and the stylus is equivalent to the middle pin (voltage output) of a slide potentiometer. Since water is an electrolyte, its composition, hence, conductivity does not remain uniform on passing current through it. Thus, to retain uniform composition, electrolysis must be minimized. In order to minimize electrolysis, the following adaptations have been made:

Owing to the above adaptations, the water always has uniform composition and hence, uniform conductivity at all points inside water. Thus, the voltage varies linearly with respect to the displacement from ground electrode.

A parallel pair of aluminum sheet electrodes are attached to the water container at two opposite faces, and inclined at an angle 'alpha' (= 75 degrees or (5/12)*PI radians) to the horizontal base of the parallelopiped container. These two apply a voltage drop of 5 volt across the water. A metal pin, connected to Arduino Uno's ADC input, is attached to the tip of the stylus. This pin tracks the voltage at the tip of the stylus, i.e., output voltage of the water potentiometer, when dipped into the water.

By knowing the output voltage, the plane equation (with respect to lab reference frame) can be derived, which is the locus of all points, inside water, which are at the same voltage as the tip of the stylus. The sensor is constantly rotating anticlockwise in the horizontal plane, with a small constant angular velocity. The axis of rotation is parallel to the z-axis and passes through the intersection of diagonals of the horizontal base of the parallelopiped container.

NOTE - The sensor is rotated by a plastic gear motor rather than a servo, since, it would cause frequent jerks, which would fluctuate the voltage at a fixed point (fixed with respect to sensor reference frame) in water.

The sensor reads the output voltage of the water potentiometer at 3 different angular positions. Thus, 3 different output voltages are read for the same fixed stylus tip (fixed with respect to lab reference frame). A plane equation (with respect to lab reference frame) is derived for each of these 3 output voltages. These 3 planes are non-parallel due to the rotation of the sensor. Moreover, this system of 3 non-homogeneous equations is consistent, and has one unique solution (i.e one point), since it can be proved that matrix 'A' (refer next derivation), is non-singular, i.e., its determinant is non-zero.

In simple terms, the 3 non-parallel planes intersect at one unique point. Solving this system of equations (3 equations for 3 unknown variables), using matrix equations, the x, y and z coordinates (with respect to lab reference frame) of the intersection point is obtained. This is the precise position vector of the stylus tip.

A World Changing Idea and How it Benefits the Society

Download the Arduino IDE from https://www.arduino.cc/en/main/software . Download 3d_sensor.ino and MatrixMath-master zip archive from the Files section. Open 3d_sensor.ino in Arduino IDE and select Include Library from the Sketch menu option. Select Add .ZIP Library and browse and select the MatrixMath-master zip archive. Now Verify and Upload the C++ code to the Arduino Uno's microcontroller.

Cut 2 square pieces from the aluminum foil having breadth of the plastic cuboid container box and height a little greater than that of the container. Stick each square lamina on a plastic base of exactly equal dimensions as the lamina. Fix these 2 plates to the plastic cuboidal container box at an angle of 75 degrees or (5/12)*PI radians to the horizontal base.

Step 4: Hook Up the Sensor Wires

Connect another wire from from the other of those electrode plates to digital pin 3 of the Arduino Uno. Now this electrode plate becomes ELECTRODE_1.

Now, fix one wire to the inner side of the plastic water container box at some distance from ELECTRODE_0. Connect this wire to analog pin A1 of the Arduino Uno. Now, this pin becomes OFFSET_0.

Now, fix another wire to the inner side of the plastic water container box at some distance from ELECTRODE_1. Connect this wire to analog pin A2 of the Arduino Uno. Now, this pin becomes OFFSET_1.

the stylus
zoomed-in view of the stylus tip

I used a thin wooden stylus. But you can use a  sturdy stylus of any non-conductive material. The stylus must be as thin as possible to minimize ripples and disturbance in the water. Fix an insulated wire along its length and strip off just a tiny portion at one end. The coordinates of this tip will be tracked by the 3D sensor. Connect the other end to the metallic ring. Be sure to that the wire is tightly attached to the non-conductive stick and is not separated from the stick at any point. This is to eliminate unnecessary disturbance in the water.

Attach the Arduino Uno on the lower face of the plastic water container box. Now fix this box on a plastic gear motor such that the axis of rotation is perpendicular to the horizontal base and passes through the intersection of the diagonals of the horizontal base of the parallelopiped formed by the electrode plates (diagonals of the parallelopiped base and not of the container base). Power the gear motor with a 5V 2A AC-DC power adapter.

Wipe the 2 aluminum electrodes and the interior of the plastic water container with a wet cloth to clean it of dust and impurities. Fill the water container with water from your home water purifier The water must be at room temperature. Salt or any other substances/impurities must NOT be added to it.

Measure the RPM of the gear motor. Convert the angular velocity of the motor from RPM units to radians per second units and replace this value with the default value of the ANGULAR_VELO constant in the Arduino C++ code in 3d_sensor.ino. Move the stylus slowly in water to minimize ripples and disturbances in the water.

Arduino Uno, then, prints these x, y and z coordinates to the Serial USB Terminal Android App, serially, via USB OTG. The Android smartphone is attached to the rotating sensor, along with Arduino Uno. Connect it to Arduino Uno via a USB OTG cable. The AirMore Android App then casts the Android screen to Mozilla Firefox browser running on my laptop, via the phone's WiFi Hotspot.NO Internet connection is needed for this app. You’ll need to type in 192.168.x.x:2333 in your browser’s URL box, where 192.168.x.x is your Android phone’s Local IP address.

The format of serial output from Arduino Uno is as follows - 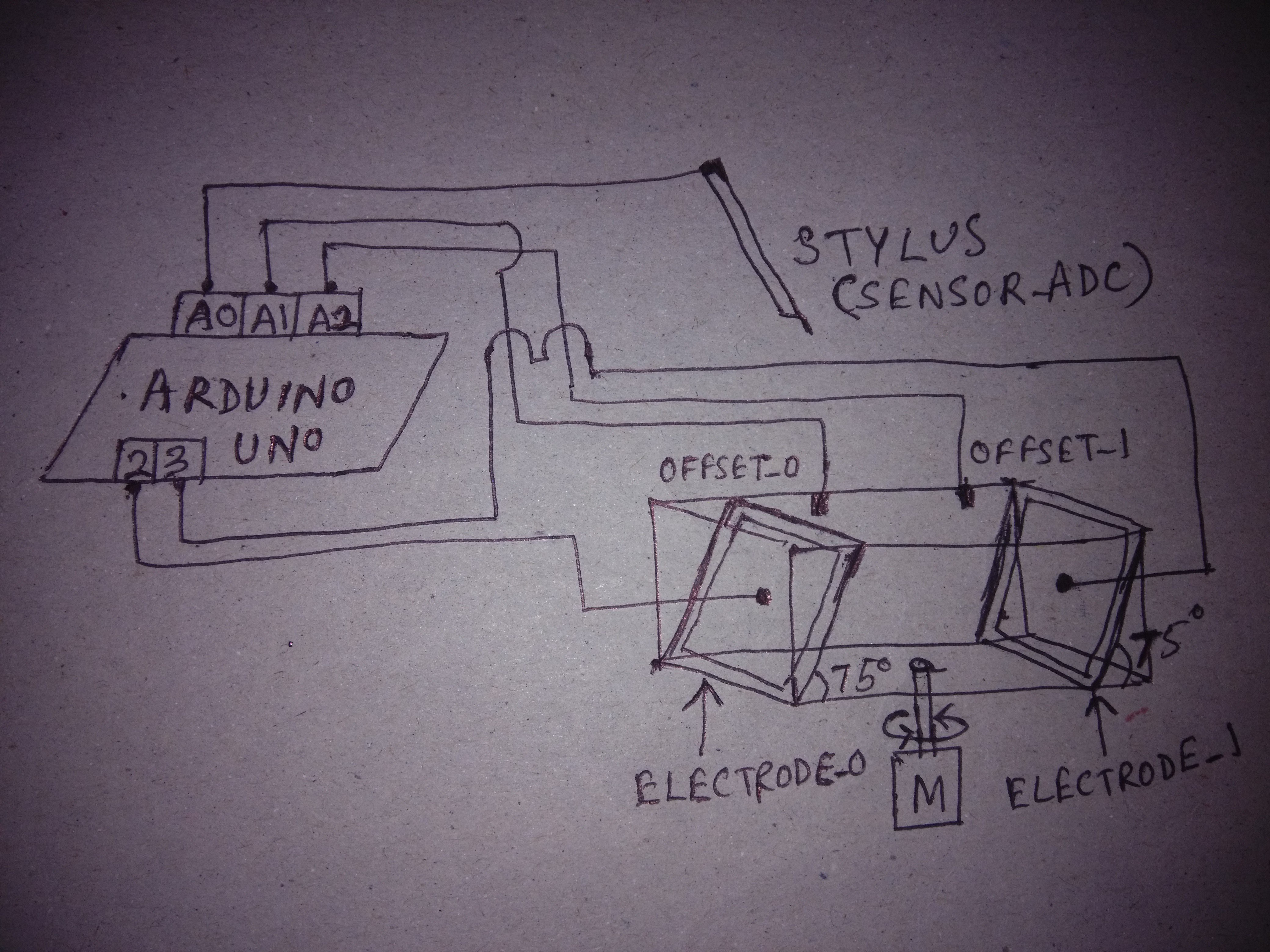 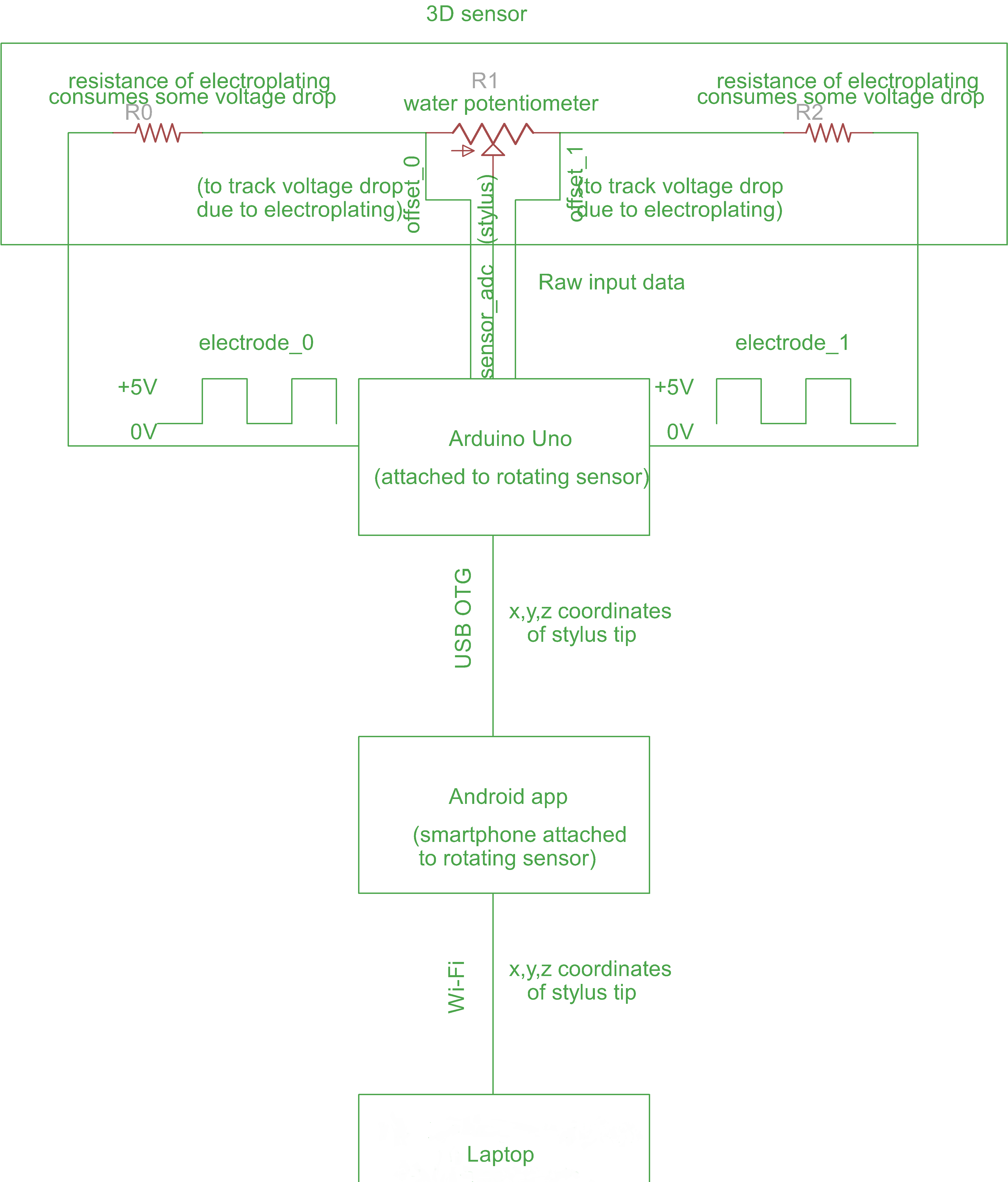 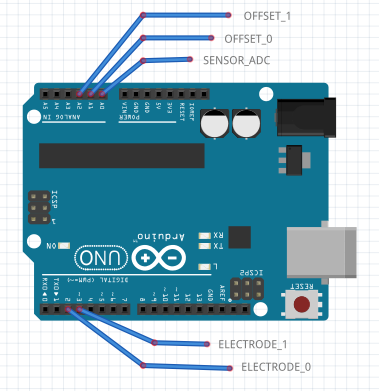