So in this project my goal was to make a fully working voice controlled pet feeder. I had tried and failed, I will explain.

So in this project my goal was to make a fully working voice controlled pet feeder. I had tried and failed, I will explain. 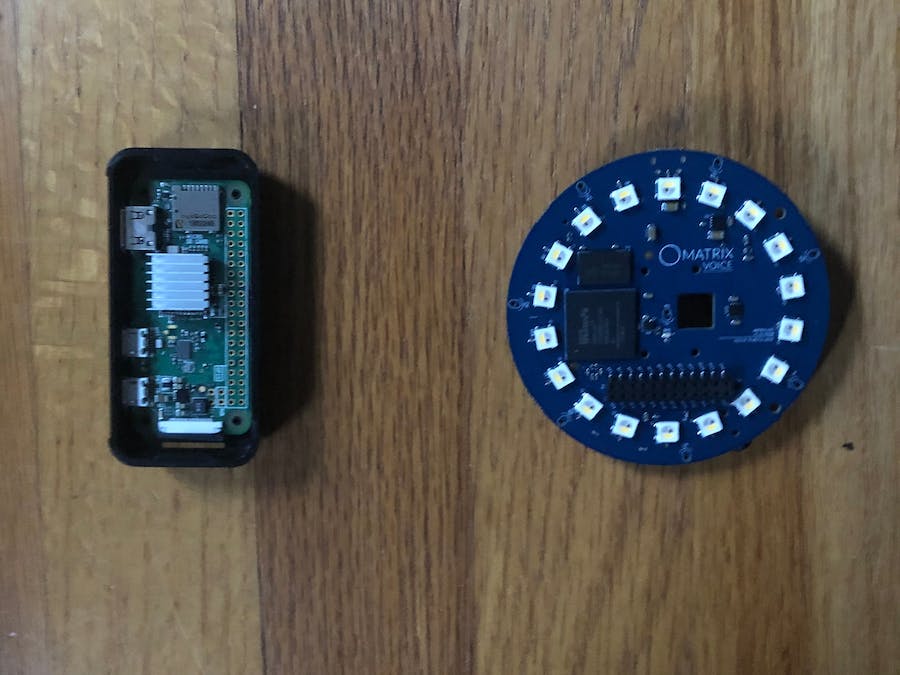 So in the beginning of this project I was awarded with a brand new piece of hardware. It is called the Matrix Voice. I was so excited I had been awarded this and I begun to work on it. At first I started with snips to try to make the ai for the feeder by starting with the feedintent. I was confused and researched how it worked for hours. So I put it aside. I decided-to start working with the hardware and this being my first big project I was intrigued on the Matrix voice. I went to the page where to get the raspbian stretch and downloaded it and loaded it on to the Raspberry Pi zero w and I typed in a few simple commands for the Matrix Voice software and was ready to plug it in to the Raspberry Pi. As soon as I plugged it in the Raspberry Pi shut off and then turned back on a few times and would do that when I adjusted the angles. I was scared and didn't want to break something so I called it a day. Later I tried again with the Matrix Voice and the Raspberry Pi and when I plugged it in this time the Raspberry pi stopped working. No power was getting through so I went and finished the snips ai. I looked at stores and could not find another raspberry pi and I needed it to finish the contest. I was never able to finis the project due to broken hardware.