Make a fully-functioning CNC machine that can accept different tools for less than $150 by using parts from DFRobot and Banggood.

Make a fully-functioning CNC machine that can accept different tools for less than $150 by using parts from DFRobot and Banggood. 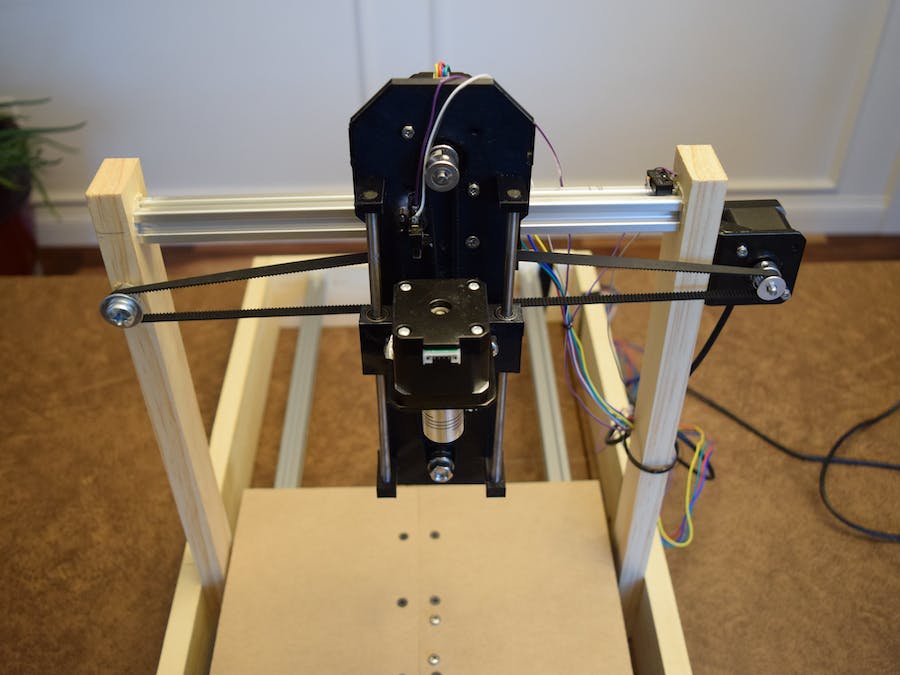 As a serious maker, I have several CNC machines, including two 3D printers and a CNC router. But what if I wanted something else, like a laser engraver or a PCB milling machine? So I set off to do just that: build an inexpensive CNC machine that could have many different attachments, all while controlled through a simple interface of G-code.

I started by thinking of a free-wheeled machine that could have an infinite Y-traverse, but it proved to be too cumbersome and inaccurate.

So I chose to use V-slotted rails with wheels instead. I then went on Fusion and designed several parts, including the entire X and Z axis parts.

Making the Bed and Y Axis

The bed (Y axis) is comprised of two 500mm or 800mm V-slot rails arranged in parallel. There are four plastic pieces that hold two wheels each, allowing for easy travel of the bed along the rails. I also ran a timing belt across the Y axis under the bed, so that when the Y axis stepper rotates the belt moves.

The X axis is comprised of a single rail that holds a 3D-printed piece with four wheels. The timing belt slots into the sides of the plastic piece that pulls it either direction.

The Z axis is based on a pulley system, so that when the stepper rotates the Z block can get pulled or lowered.

The electronics are fairly straightforward. There is an Arduino Uno for the logic, three DRV8825s for the stepper motor drivers, an Arduino GRBL CNC shield, and three limit switches for homing. I simply plugged in the stepper drivers and adjusted the current limit potentiometers to match the 12V 6A power supply. Then I soldered the limit switches to the shield, with COM going to GND and NO (Normally Open) going to the corresponding pins. Do note that the Z axis limit pin is no longer D11, but is instead D12.

I flashed the GRBL firmware to the Uno by using the example sketch and Arduino IDE. Then I downloaded the Universal G-Code Sender here: https://github.com/winder/Universal-G-Code-Sender. It lets users easily send commands and G-code files to their CNC Machines.

To test it I started by calibrating the machine. By default, there are 200 steps/mm, but those differ. So simply move the machine 5mm, then multiply five by 200, and then divide that number by the actual distance the machine moved, and change the settings accordingly. So If it took 161 steps to move 1mm on the X axis, set $100=161.000. Then use Fusion 360 or Inkscape to design and generate toolpaths to cut, engrave, or draw whatever you want. 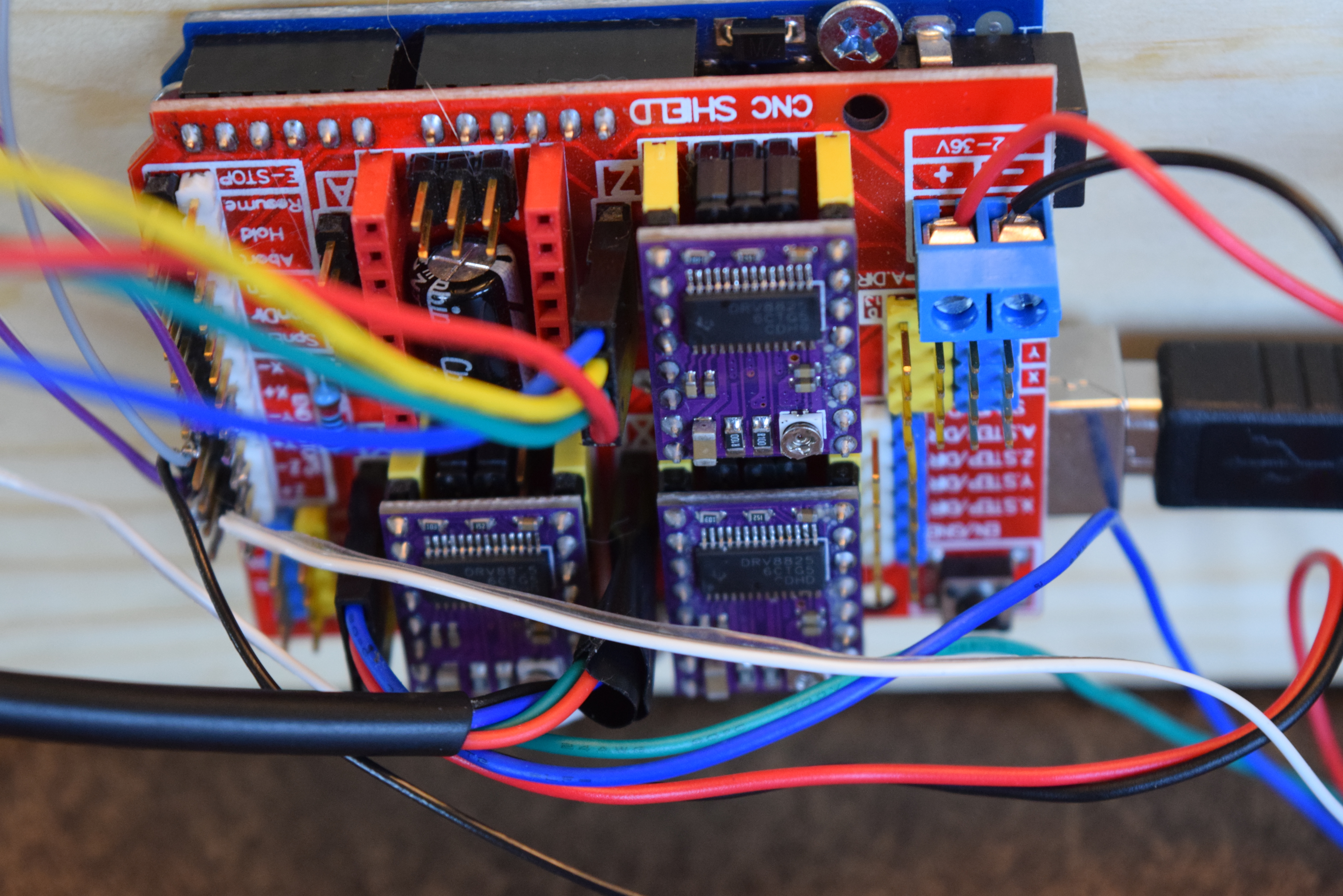