Create a very cheap and effective board for testing a servo using minimal parts. This uses a 555 timer and is sponsored by PCBgogo.com.

Create a very cheap and effective board for testing a servo using minimal parts. This uses a 555 timer and is sponsored by PCBgogo.com. 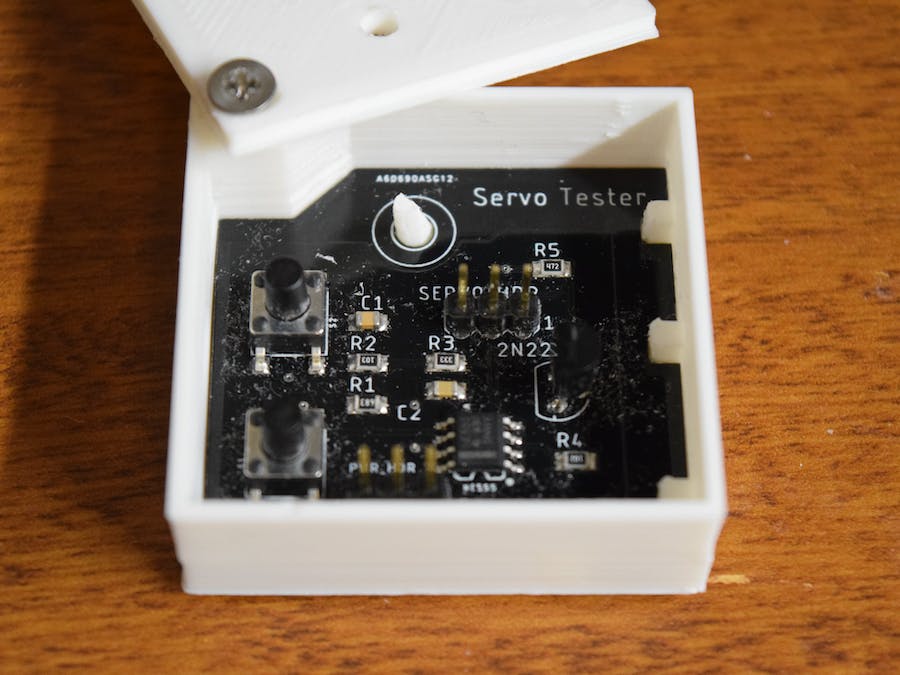 A while back I had the idea to create a device that could quickly determine the direction of servos and/or whether they even work correctly. It would need to be small and portable, along with being inexpensive. Then a company called PCBgogo.com reached out to me, and they wanted me to create a PCB that they would manufacture and send to me. They create good-quality PCBs at a low cost.

I went searching for a way to control a servo without the need for a microcontroller, and I found it on 555-timer-circuits.com. They had a design for a circuit that could turn a servo in either direction with minimal components. It utilized a 555 timer, which is cheap and reliable.

Creating the board layout wasn’t too difficult. I started by laying down the 555 timer and pin headers, then I added the supporting components and buttons.

Now that everything was laid out, I had to create a gerber file for it to be fabricated. The first and only step is to click the “CAM Processor” at the top and select the oshpark-2-layer.cam job file and then process it.

Then I went to PCBgogo.com and loaded their gerber file viewer to ensure I had created the files correctly.

Then I sent the files and the PCBs were fabricated and sent to me in a timely manner.

With most PCBs, a stencil is highly recommended to ensure even and accurate coverage of solder paste.

They sent me a stainless-steel stencil that had cutouts for each pad. I began by covering the edge of a putty knife with solder paste, and then I ran it over the stencil twice: once at 45 degrees and then once at 70 degrees.

This creates a nice application of solder paste without much waste. Lastly, I placed each component with tweezers, placing the smallest components first, such as resistors and capacitors.

This prevents having to reach over large or tall parts and possibly bumping them. I reflowed the boards in a cheap toaster oven at about 300 degrees Fahrenheit.

Using the device is simple. All that is needed is to plug in a 5v power source and servo motor, then pressing either button to move it.

I also designed a 3D-printable case for it that hides the board and only exposes the necessary areas. 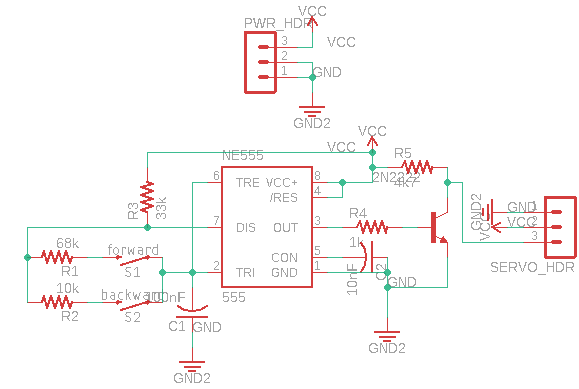 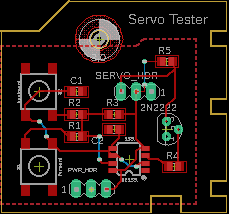