MQTT messages at the press of a button

MQTT messages at the press of a button 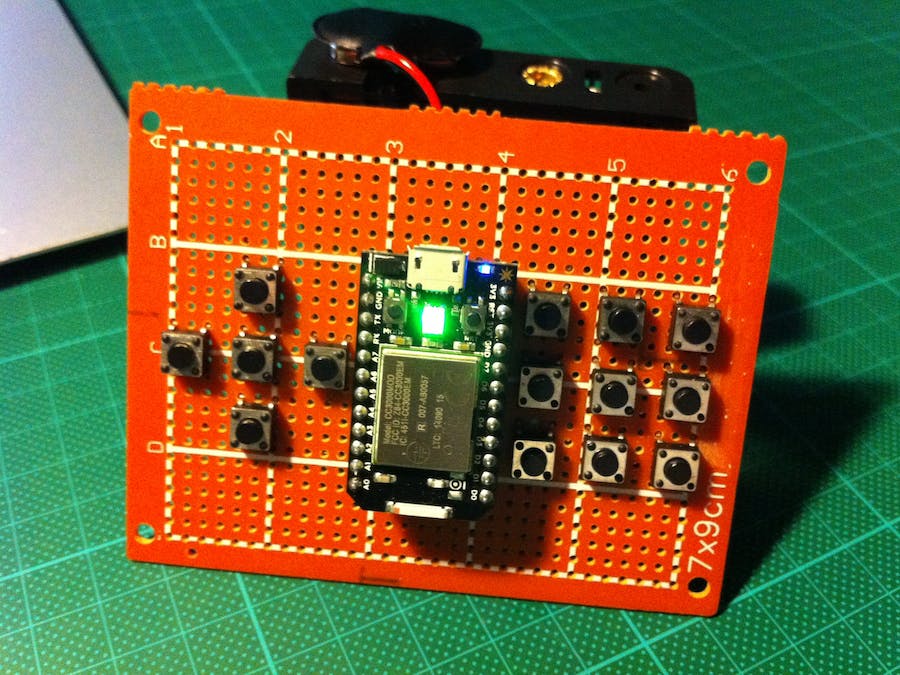 Since I got my Spark Core, I’ve been fiddling without really knowing what I wanted to do with it. Lately, I’ve also been playing with my Rapiro again, and that’s when I got the idea to build a physical controller for the robot, with at its heart a Spark Core.


The controller would be used to send different MQTT messages depending on which button was pressed. Rapiro (or any other IoT device, really) would be configured with a MQTT client and would be able trigger certain actions based on the received messages.

This post is about building the controller and performing some initial tests.

Yesterday evening, I started browsing my different bins of parts to find the necessary components to build the controller I had in mind. The list of required components was the following:

Having found everything I needed, I proceeded by laying out the different components on the prototyping board. Luckily enough, everything fit and I moved on to soldering all the buttons and making the connections.

The layout is pretty basic:

For the code, I used Chris Howard‘s port of Nick O’Leary‘s PubSubClient for Arduino, combined with my sketch below. I’ve added comments in the code, so it should be clear what I’m trying to achieve, but to summarise:

Here’s a short video with a brief explanation of the controller, followed by a demo:

I’ll probably have this circuit made properly by designing a simple PCB for it. And using my 3D printer, I should be able to make a proper enclosure and buttons for it as well.

Any suggestions for improvements are welcome!