New sound and light for an old retro desktop jukebox.

New sound and light for an old retro desktop jukebox. 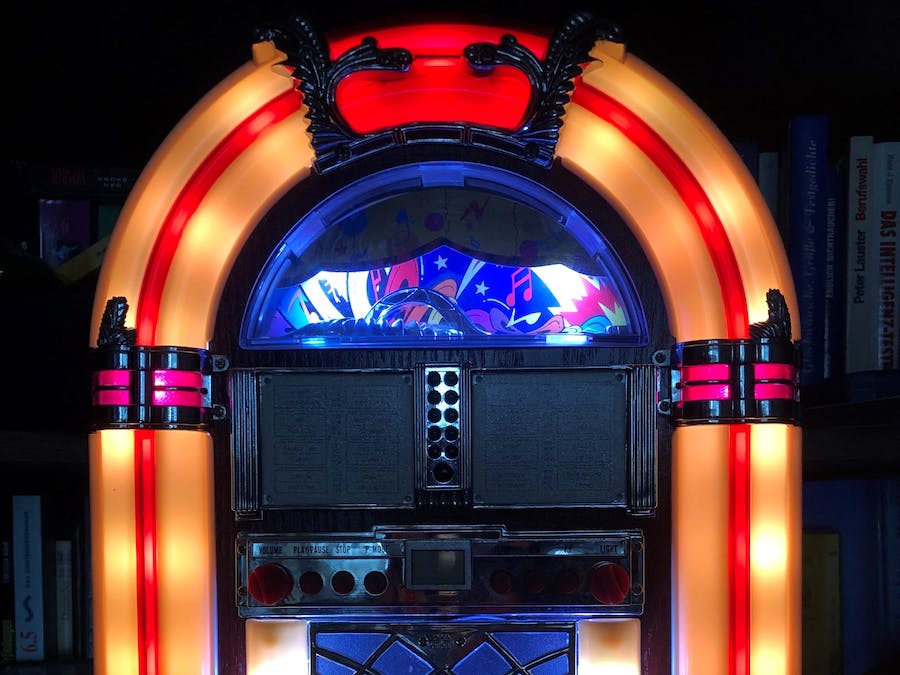 A few years ago I got a small jukebox with a radio, CD player and some lamps. After only a short time I converted the jukebox to a multimedia PC. But even this one was just standing around most of the time.

In January 2020 I discovered the Volumio program for the Raspberry Pi. I installed it on my RPi and was thrilled! Soon I had the idea totake out my jukebox and rebuild it again. Since I have also gained experiencewith the Arduino and NeoPixel, the lighting of my jukebox had to be modernized.

I removed the existing lighting and installed 31 NeoPixels. I wrote some lines of code for the Arduino and the LEDs lit up.

Jukebox - All lights on

Step by step new effects were added and there will certainly be more.

Then there was the Raspberry Pi with the Volumio software. Since the sound was very weak via the internal sound chip, I added a HiFiBerry Amp2. Now I could connect my old external speakers and enjoy the music.

Then I started to rewire the six buttons and two knobs of the jukebox and use the buttons for control tasks:

So that the back of the jukebox looks nice too, I redesigned the plate of the back and cut it out with a laser cutter.

The next step was to install two new speakers in the jukebox housing, so that you can use the jukebox "standalone." With a switch you can choose between the intern or extern speakers.

The last step was to add a mode, where the LEDs react to the music. So I added a https://www.dfrobot.com/search-dfr0126.html module from DFRobot. This module can analyze the sound and sends the information to an Arduino.