This project is about how to set up and configure our photo trap.

This project is about how to set up and configure our photo trap. 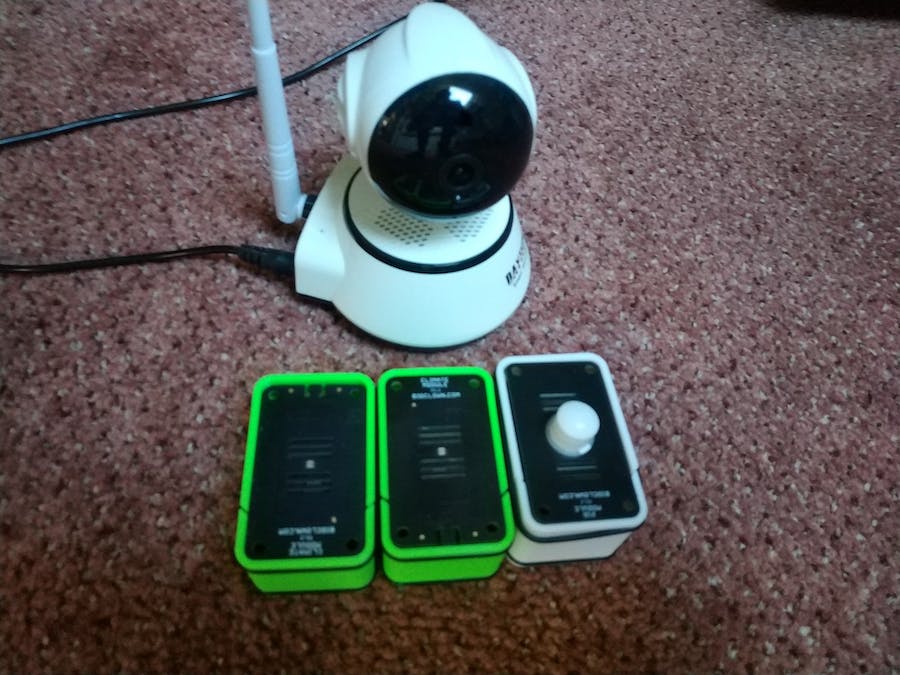 I use this smart photo trap in my terrarium. You can inspire and use it, where you want. Final output of these project is collect data and insert them into database.

This projects has two main parts:

You will need folowing things:

Computer - Any work machine, which we use as server. That's mean, that computer will permanently running. Feel free to use Linux or Windows OS.

Database - In this project I use MongoDB, because red-NODE works with format JSON. Of course if you are prefer other database like MySQL you can go for it as well.

PlayGround - Its BigClown software, which help us faster basic config and include Node-RED aswell.

Node-RED - Is software which help us to program our hardware.

IP Camera - You can use any wireless IP camera. I use camera, which works with http/rstp protocol.

We will build one PIR kit and two climate kits. One out terrarium second one in terrarium.

At first we make basic config of our modules. There are two option how to make it.

For Windows user I recommend you to use PlayGround. How to setup PlayGround

For Linux user I recommend you to follow official documentation.

For Windows users use PlayGround => Functions.

When PIR detect motion and timeswitch node is true (9-12 h) exec node will start bash script, which take a photo and then save name of video to help file. Finall function trap just collect all datas together and then insert into database. What functions does? Mostly just save data into flow.

In Node-RED click on Menu => Import => Import and paste this code. Might you have to add mongodb plugin into Node-RED, before you insert code. Updated data part should be in code as well.

For Windows users folow these documentation

If you are using Debian 9. MongoDB is part of official repository.

We are almost finished. We got data into database. Now we can do whatever we want. I personally wrote webservice and use these data in mine webside. Of course you can use blink or dashboard instead of using database.