AdaTis-100 is able to run programs synchronously distributed through various microcontrollers linked together.

AdaTis-100 is able to run programs synchronously distributed through various microcontrollers linked together. 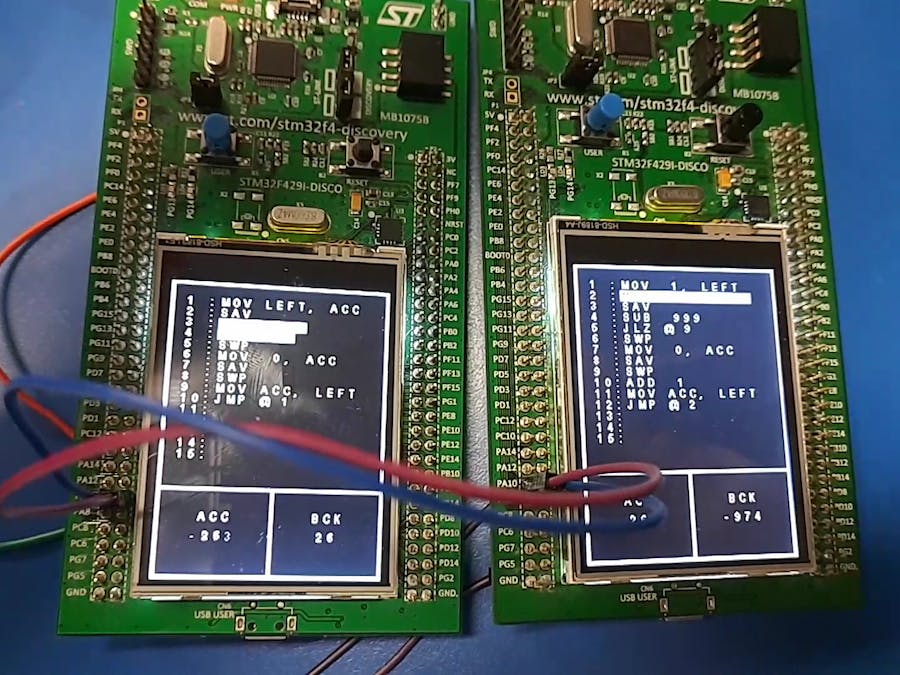 This project was made for the contest MakeWithAda (https://www.makewithada.org/), for the assignement of the ADA course of Epita.

The idea of this project is to reproduce the TIS-100 architecture with multiple STM32F4-discovery.

The TIS-100 computer is composed of parallel nodes that can be programmed in a pseudo-assembly language.

The nodes communicates between them with channels depending of their position (UP, DOWN, LEFT, RIGHT).

Within this project, we want to emulate each TIS-100 node with a STM32F4-DISCOVERY board, each board communicates with it's neighbours with serial.

This project has 3 working modes:

The build system will parse from a `input.tis100` file the program to load in the board.

To flash a board, do `make flash` 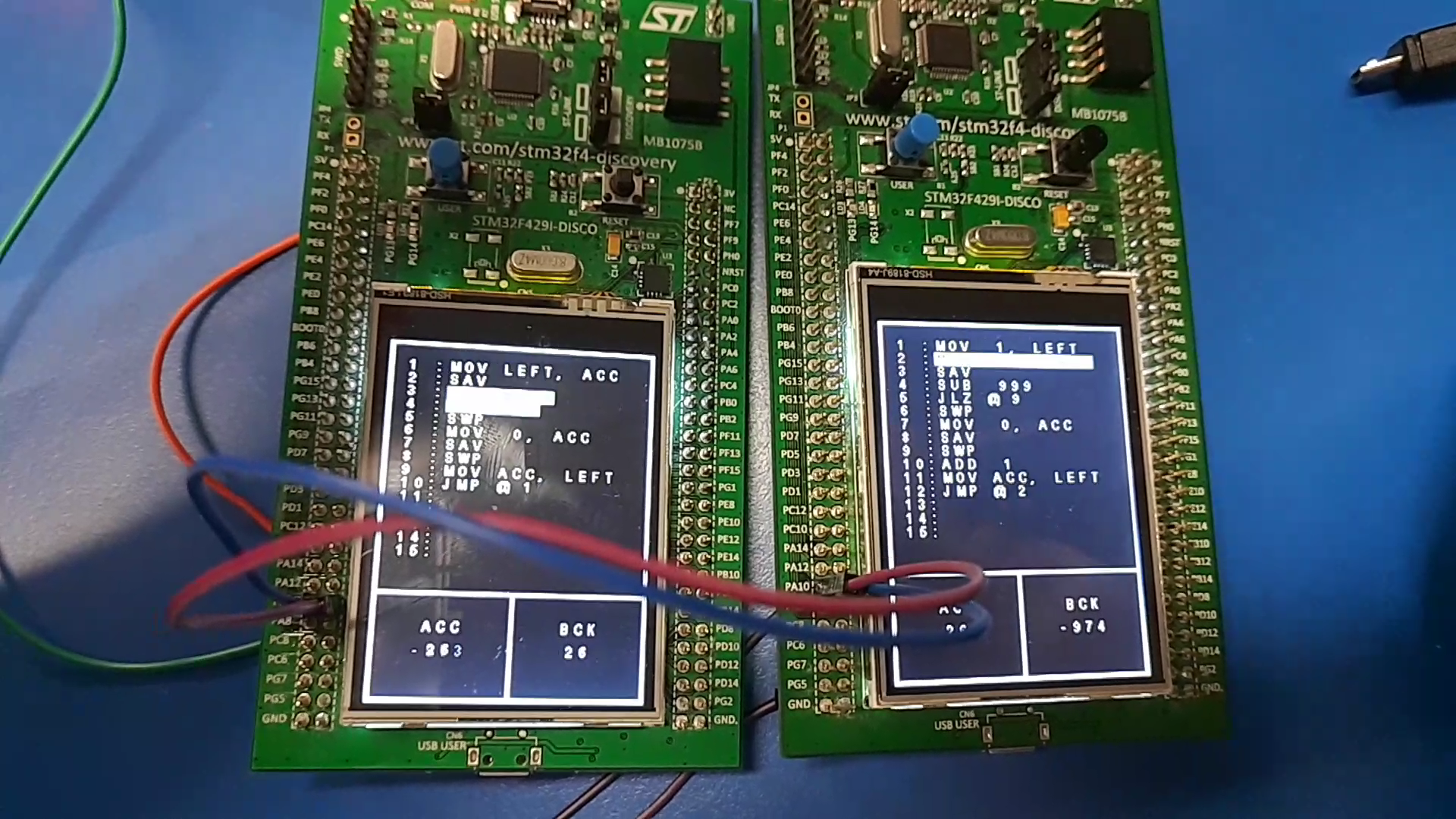