Bongo Hero is inspired by Guitar Hero. You must tap bongos at the right time. Color changes and speed increases as you level up.

Bongo Hero is inspired by Guitar Hero. You must tap bongos at the right time. Color changes and speed increases as you level up.

Bongo Hero was created for the "Fête de la science," an annual event in France to promote science and technology. I am currently a software developer at Orange labs in Caen, and for this event we opened our labs to the public and built demonstrations, Bongo Hero was one of them. The goal of this demonstration was to show how we could build things easily thanks to Arduino.

This tutorial shows how to build Bongo Hero using four LED strips of one meter each (30 LEDs per strip), but the code is easily configurable, so you can build your own version with the number of strips you want, the number of LEDs you want, and even adapt the difficulty of the game.

The four strip must be connected to digital pin 2, 3, 4 and 5 as you can see in the setup function:

The Arduino official example for using a piezo element is very well explained.

The four piezo elements must be connected to analog pins A0, A1, A2, A3.

At the beginning of the source file, you'll find preprocessor directives that will enable you to adapt the difficulty and the gameplay of the game.

Here are the most useful: 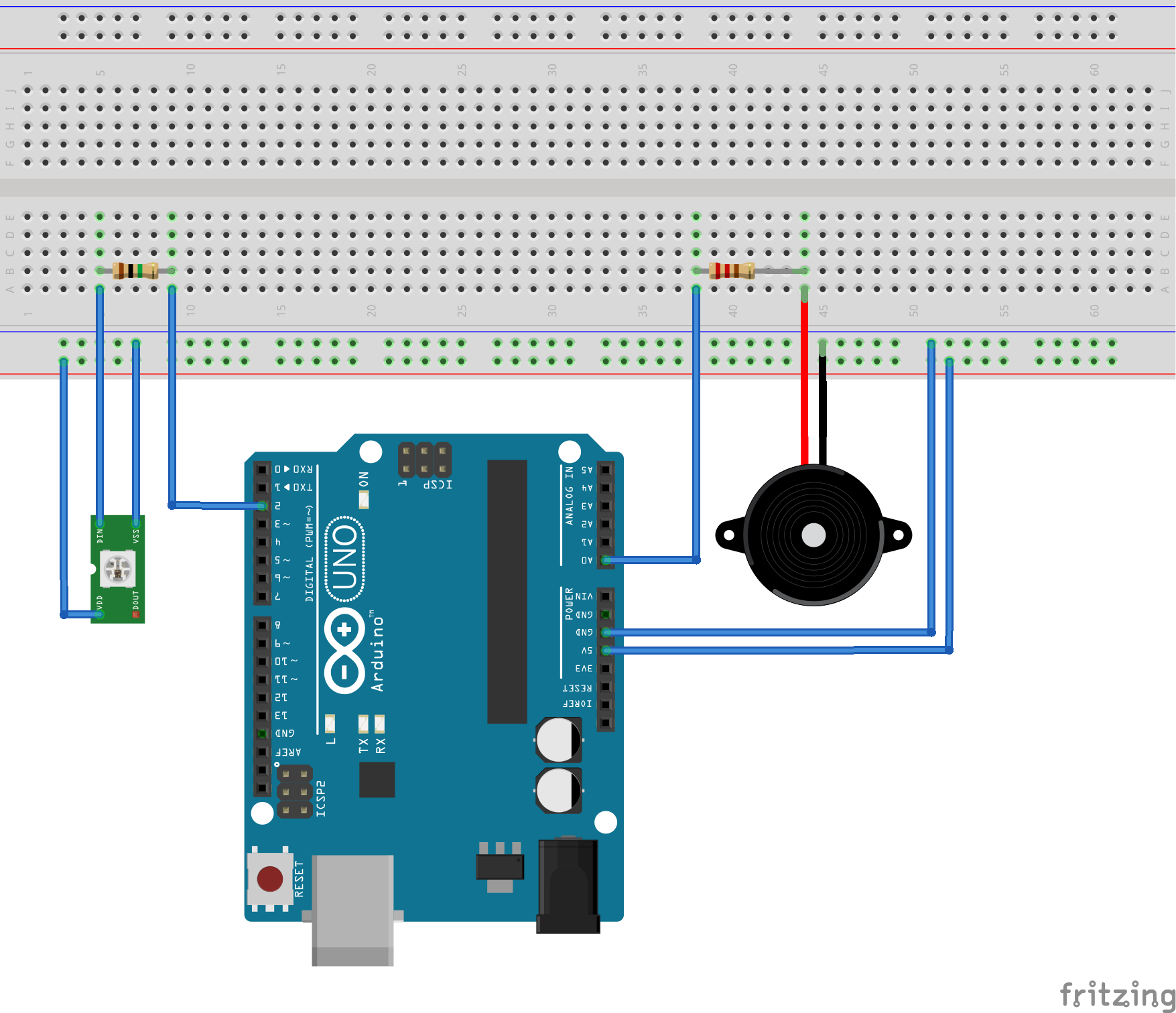