Use a Raspberry Pi with CODESYS PLC to control motors attached to an Arduino Uno and EASE using input from another LCD Shield with EASE.

Use a Raspberry Pi with CODESYS PLC to control motors attached to an Arduino Uno and EASE using input from another LCD Shield with EASE.

In this tutorial, you will learn how to set up a Raspberry Pi with CODESYS to act as both a PLC and an EtherCAT master. It will be used to control the motors attached to an EtherCAT Arduino Shield by Esmacat (EASE) Slave device using input from an LCD Shield with another EASE slave device

The LCD shield used in the tutorial is a 16x02 LCD display with six buttons which is simple and convenient to stack it onto the Arduino Uno board. There are 5 control buttons (Select, Up, Down, Left, Right) and a reset button. The 5 buttons are connected with the A0 analog input of the Arduino board.

The Adafruit Motor Shield is a stackable motor shield that allows up to a maximum of 2 Servo motors, 4 DC motors or 2 Stepper Motors to be controlled using a single shield. By configuring the shield for our requirement one can control the motors as per the need. In this tutorial 1 servo motor, 1 dc motor and 1 stepper motor has been controlled as a proof of concept.

CODESYS is a PLC programming environment that is used widely by many industrial automation companies like Beckhoff, Bosch, Wago, etc. You can program in CODESYS using the traditional Ladder Logic or using Structured text and Continuous Flow Chart (IEC 61131-3 standards).

Note: The ESI (EtherCAT Slave Information) of EASE must be added to CODESYS to use it in the program. Refer to the documentation (section 3.2.2) below to get detailed steps for the initial setup of CODESYS for Raspberry Pi.

Since EASE uses a POE injector, there is no need to power the Arduino board separately. EASE can power the board and any other boards connected through EtherCAT!

Note: Make sure the Ethernet connections are fit tightly into the sockets. (Loose connections may lead to the slave device not being recognized.)

Open the CODESYS software and import the.project file downloaded from the Code section and build the source code.

Open the Arduino IDE and create a new sketch file. The complete code for this tutorial is available under the Code section named "CODESYS Master Code".

When running the master code you get a result similar to the following on the CODESYS environment (with a graphical UI showing the update of registers in EASE).

By now you have successfully programmed the Arduino boards and the Esmacat master! The visualization tool in CODESYS gives a graphical UI to control the on-board LED in Arduino similar to the GIF attachment at the start of the tutorial and the YouTube video below. 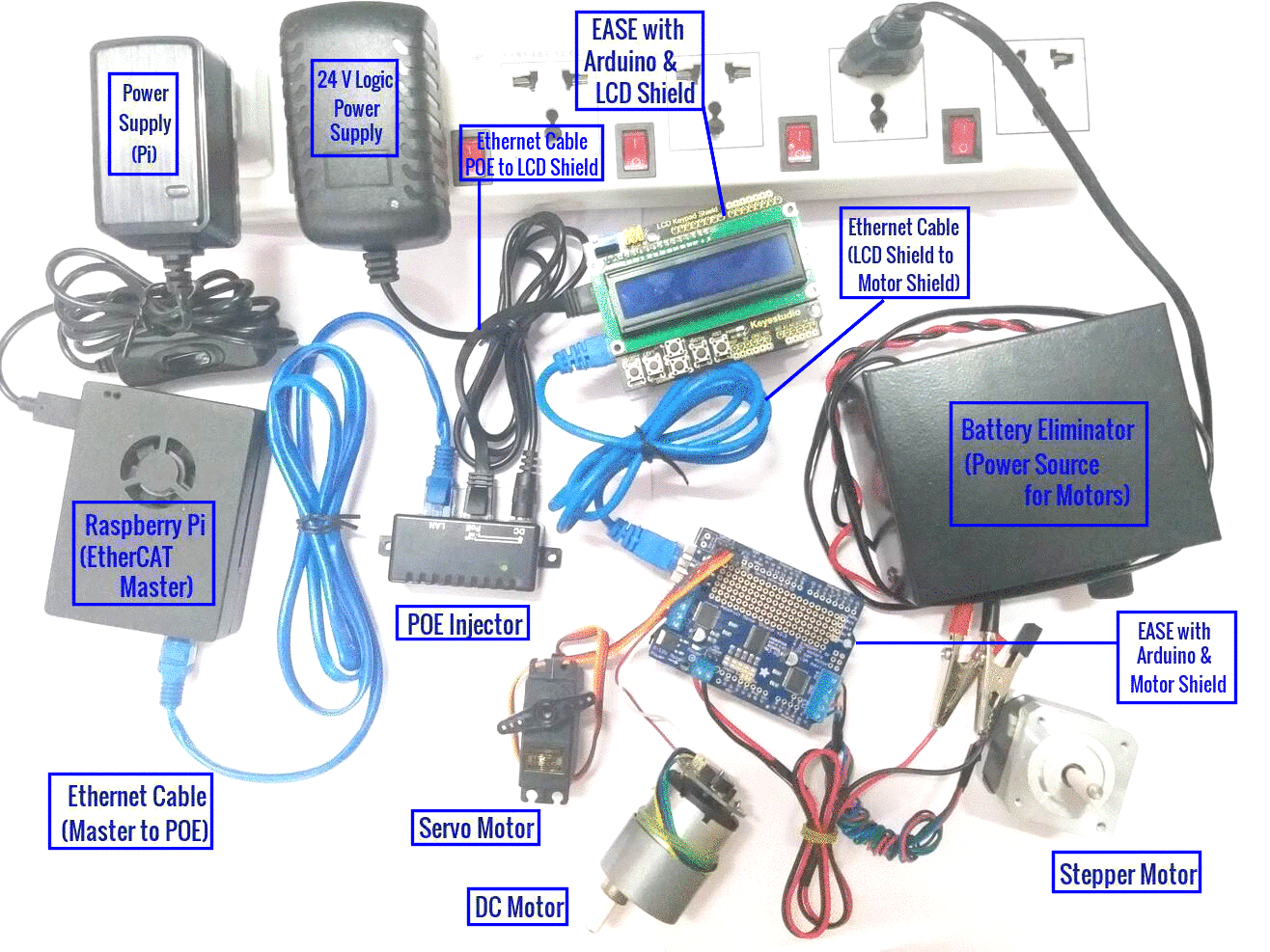 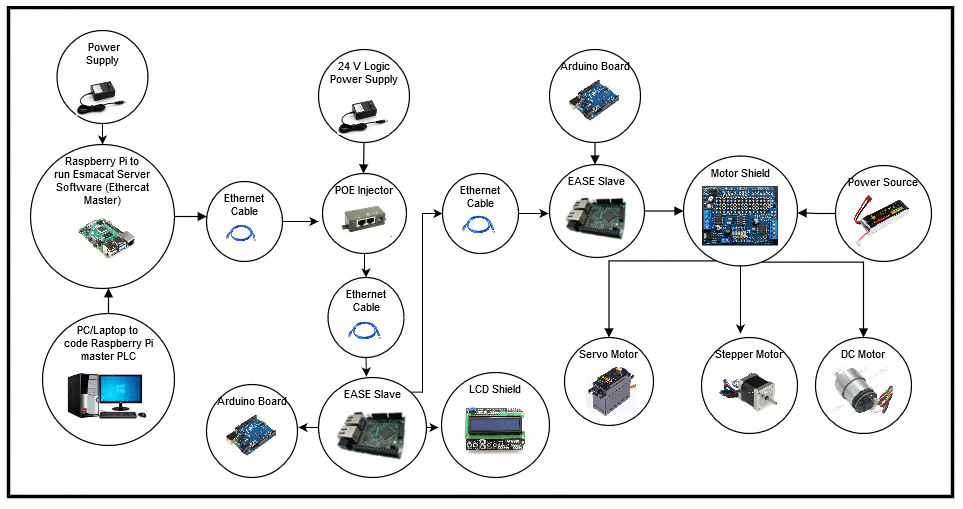