The aim is to entertain cat(s) with a moving laser game. it activates when the cat is around, and in case of attack, it shut down!

The aim is to entertain cat(s) with a moving laser game. it activates when the cat is around, and in case of attack, it shut down! 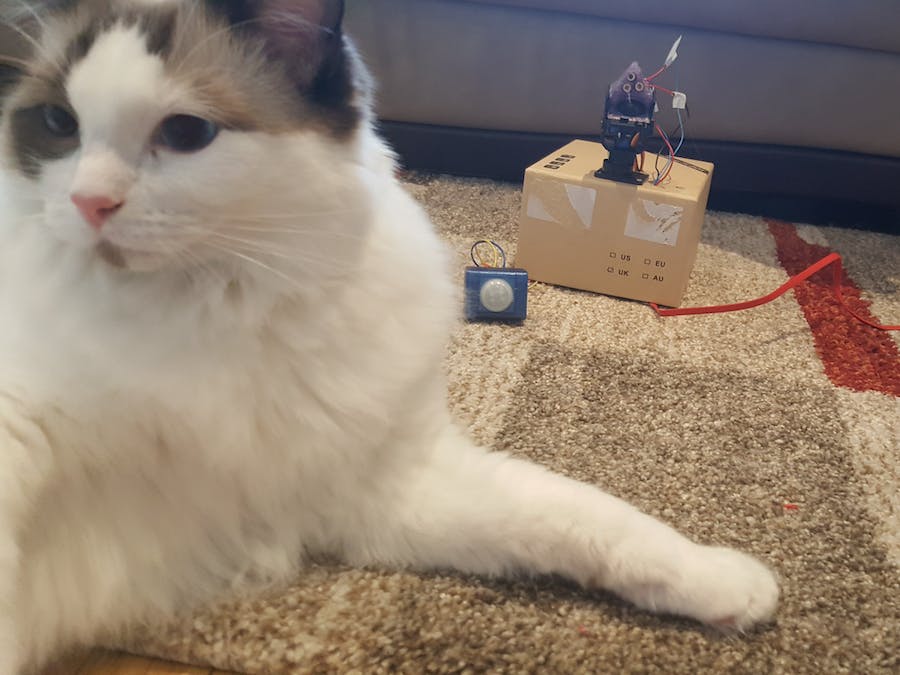 Our lovely cat is often alone at home. We decided to create a device that could entertain him.

The device remains in stand by until the cat presence is detected by the PIR sensor.

1- Then the lasers are activated (by the code which can select one, two or all the lasers or random selections).

2- The laser lights perform randoms trajectories thanks to the two servo motors (the speed of the movement, and the vertical and horizontal range can be defined by python code).

3- The activity keeps on until the cat is detected by the PIR sensor. Every minutes it checks the presence. The waiting time can be increased or reduced by the code.

4- Every time the sensor is triggered an entry is created on the application logs, which allow to monitor the cat's activity during our absence.

5- In addition, in case the cat reaches and start to play with the device, a tilt sensor detects the activity and it reduces the risk of damage by stopping the device.

1- On the box attach the pan and tilt base, then create the needed holes

2- 3d print the holder for the laser leds, and the box for the PIR container.

3- following the circuit diagram below attach all the elements.

Please note for each element there is a script to check whether is working correctly. (check the repository https://github.com/EnzoCalogero/CatFitBot/)

4- Once all the circuit elements have been tested.

The picture below shows few important details for the building:

The tri-lasers holder with the inserted leds.
the laser holder inserted in the pan and tilt module.
the tilt switch attached to the box.
the PIR sensor with the holding box.

5- Finally, if you want to run the script automatically: 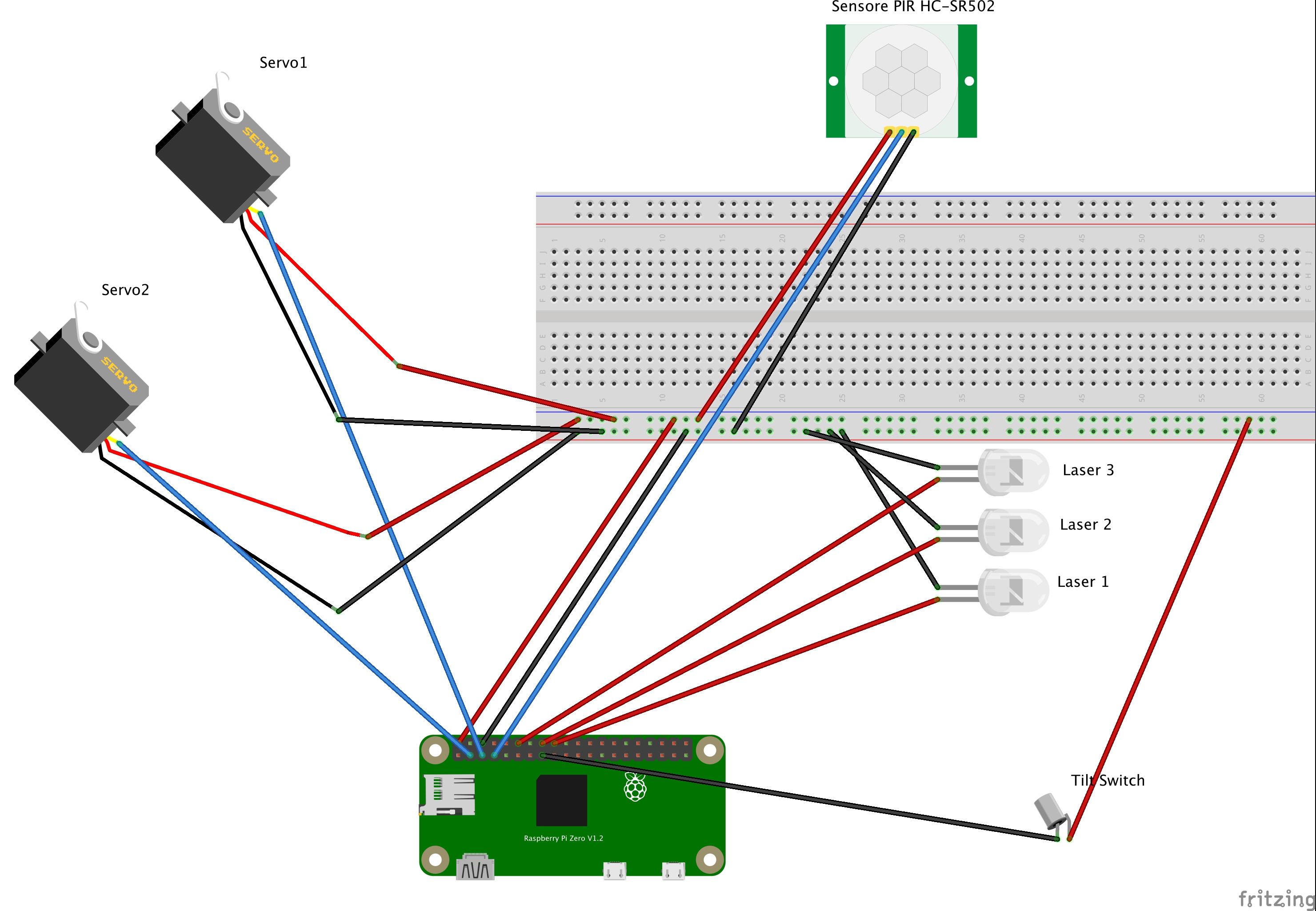