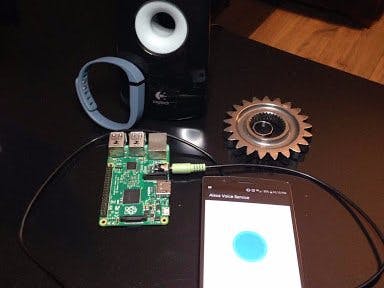 This challenge was created to demonstrate the power of Amazon Alexa and Raspberry Pi for IoT purposes. IoT stands for Internet of Things and is currently taking the world by storm. Seamless intergeneration of devices and gadgets has become very important to consumers and the industry has been forced to respond. Amazon has now joined the market with the invention of Alexa and its ability to have control of voice commands. When you ask Siri the temperature, she will give you a good response and shut off. However, when you ask Alexa the temperature, you have the authority to turn on air conditioning if the temperature is too hot, or heating when it is too cold.

For our submission we wanted to mimic something like IBM Bluemix so we interfaced Amazon Alexa with the mighty workflow, drag and drop power of Node-Red. By transforming a Raspberry Pi 2B+ into a secure apache web server Amazon Alexa skills could be directed towards the Pi. Thus, leaving endless possibilities to any level of developer. We believe a very important aspect of IoT is the ability to customize, this becomes difficult with the vast amount of APIs and platforms needed to be explored in order to create integration of products. This takes hours of searching through documentation, learning new programming languages, and copying and pasting Stack Overflow code ;). By using Node-Red, we eliminate the need to learn a bunch of APIs as there are custom nodes already built for most devices and social medias.

Our project has the functionality to log weights during a workout, log cardio, and to play music on command. There is a MYSQL database setup on the pi that contains weeks of your current workout plan. When you ask Alexa for the workout of the day, she will give you the muscle group and the exercises you will be working on. Once you are at the gym/home working out, all you have to say is "log 25" and it will insert that weight into the database, and respond with telling you the next exercise you have to do. The point of this was to give a hands-free experience to gym users like ourselves who hate having to bring in a book and pen to the gym. Pages start getting torn out, the pen gets crushed by your max deadlift, and who wants to write anything down after you've done your third set of pull-ups to failure? No, you don't. Alexa knows where you are in your workout from the moment it begins, all you have to say is "log {weight}" and she will tell you what is coming next. The next thing our project does is log runs using the Fitbit API. My Fitbit Flex has UI on the device and I have to manually put in my cardio, because of this we have another database set up for logging runs. Just tell Alexa when you start your cardio and she will log your current steps, distance, and calories of the day. Once the run is over she will enter the new current steps, distance and calories to take the difference with the starting information. The result is a response from Alexa telling you how well your cardio went! It will also keep the logs in the database to track your progress. Last but not least, we have the ability to play music off the pi for home workouts. Tell Alexa you are starting a workout and she will play your workout playlist, tell Alexa to plat mood music and she will check the weather to plat a specific playlist based on the forecast.

Our main goal of this project was modularity and customization for IoT developers. Dynamically being able to add more and more functionality to any unique project. We used fitness as the basis of our project because this is what we are interested in, but with the system we set up you can do so much more. Using Node-Red and Raspberry Pi does not just aide our fitness applications, it helps any developer for any purpose. We hope that developers follow our tutorial and realize how easy it to swap out nodes and add functionality. If you are open-minded, you won't just see voice controlled workflows that allow you to log workouts, turn on playlists, and interface with Google, Fitbit, or Twitter. You will see the potential to replace nodes to log recipes, turn on sprinklers, and even control drones with the power of Amazon Alexa and Raspberry Pi.

There was a lot of setup in this project, we will go through each process individually to reduce confusion and maintain repeatability of making this system from scratch again. So hold on to your hats! This is gonna be a learning experience for everyone.

Setting up Node-Red with Alexa

I followed this tutorial to get MySQL running on the pi.

This was used to play the local playlists off of the pi, this was fairly simple.

That is it for this tutorial! I hope you were successful in all of your installations and configurations. If so, you now have a powerful, drag and drop Amazon Alexa and Raspberry Pi Development Platform for creating Smart Home systems. If you have any questions or comments, feel free to post about them :) 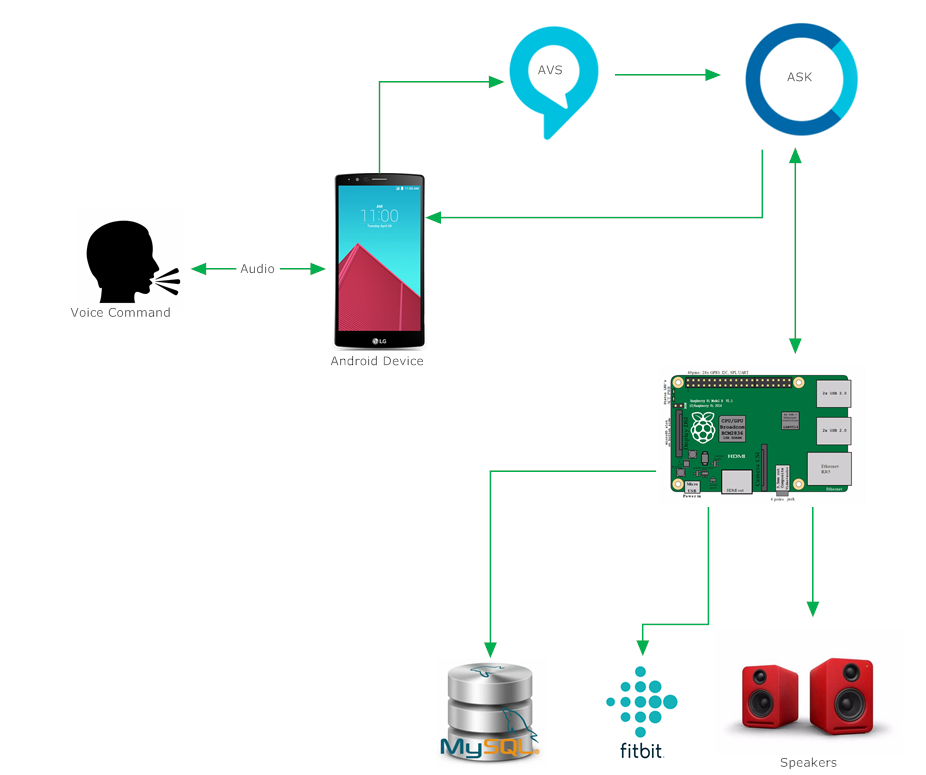 4 projects • 17 followers
I am a Mechatronics Engineer. I enjoy learning new software/hardware platforms and then blogging about my experience.
ContactContact