Have you ever been wondering what forces are exerted on your body when doing your favourite sports? Here is an easy project to measure them.

Have you ever been wondering what forces are exerted on your body when doing your favourite sports? Here is an easy project to measure them. 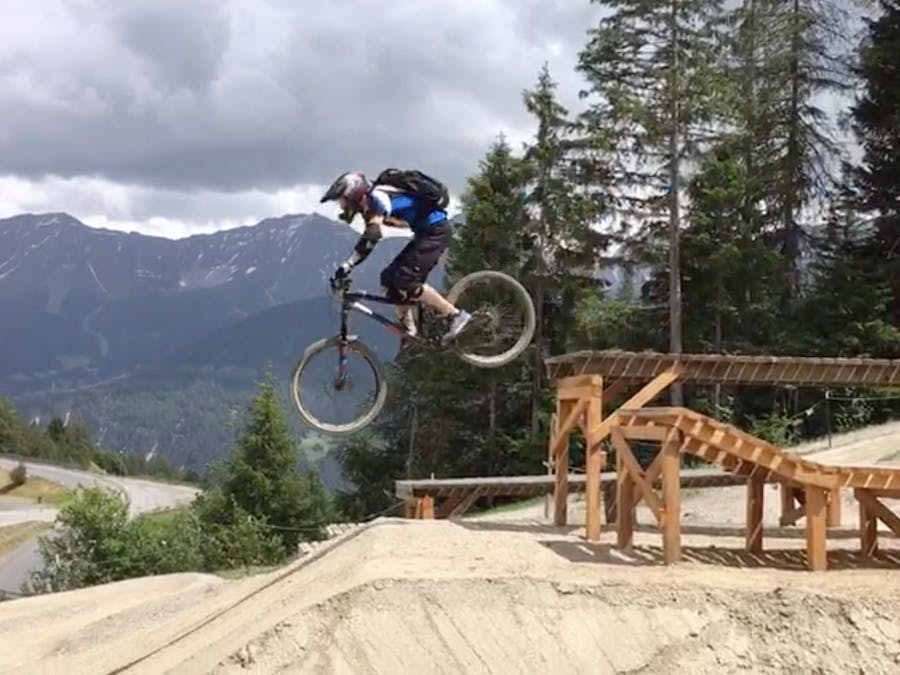 I am a passionate mountain biker and was always wondering what are the g-forces exerted on my body during my rides. So I built a device that logs the g-forces in a.csv file on a micro SD card to analyse it after the ride.

Building the logger is rather straight forward, I wanted to fit everything in a small Altoids Gum-sized tin box, but you can use whatever you have at home.

I soldered the parts as can be seen in this picture:

I used a toggle switch to be able to switch the device on with gloves. As soon as the logger is switched on it starts writing, indicated by the blinking LED. Each time it is switched on it creates a new.csv file in which it writes the data where each column is one of the axis (x, y, z). I opted for a rather big battery with 600mAh so I can use it the whole day. The accelerometer has a range up to 16g, which is required as I measured impacts of 12g and more.

You can run the device with the code linked in the attachments. Just upload them to your logger using the Arduino IDE. When connected to the computer this code also writes on the serial monitor so you can check what it is doing.

I used the status LED to fix the Adalogger board, this way it stays put even during the roughest of rides while still removeable to charge the device or remove the micro SD card to read the data. Generally this is a very robust device, it survived many rough rides, rain and mud so far.

I mounted it on the top-tube of my mountain bike with zip-ties, but depending on your favourite sport I am sure you can find a way to mount it.

The Logger in Action:

Here is what a short piece of a ride looks like in the video and the corresponding data recorded during this part:

As you can see there is a lot happening on the z-axis from the impact when I touch the ground and then on the x-axis from braking. The y-axis is rather flat since I am not riding a turn.

Adapt this project according to your preferences and favourite sport, have fun!