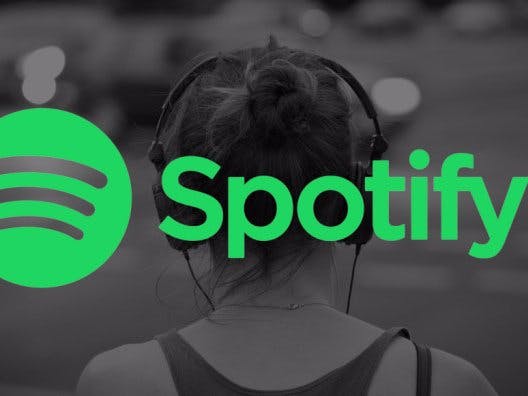 Today we are writing about the iconic music player Spotify and how to run it on Raspberry Pi 2 and Raspberry Pi 3. Spotify is available on many platforms but not on Raspberry Pi. During the past month we were working hard on the performance tuning of ExaGear Desktop and made it happen! You can even use Spotify Connect on Raspberry Pi and control the music from any of your devices.

In this post we will tell you how to run Spotify on RPi 2 and RPi 3 using ExaGear Desktop which allows to run x86 apps on ARM mini PCs. And you would probably also love to know that with ExaGear Desktop you’ll be able to use more of your favorite apps, like Skype, Telegram and many others, on your Raspberry Pi. Note that currently Spotify for Linux works with Ubuntu 14.04. Below is a simple instruction on how to install guest x86 Ubuntu 14.04 and run Spotify on your RPi 2.

2. Please note that you need to install guest x86 Ubuntu 14.04 image as Spotify can run with the guest Ubuntu only. Therefore run install-exagear.sh script with the following option in a directory with deb packages and one license key:

3. Enter the guest x86 system by using the following command:

4. Now you are in x86 environment that can be checked by running the ‘arch’ command:

5. It is recommended to update apt-get repositories on the first launch of the guest system:

6. Add the Spotify repository signing key to be able to verify the downloaded packages:

We hope that every owner of Raspberry Pi 2 and Raspberry Pi 3 will now enjoy listening to his/her favorite music with Spotify on his/her device! Would you like to run Netflix next?

It is also worth noting that with ExaGear Desktop you can run other x86 apps on Raspberry Pi and other ARM-based devices such as Odroid, Banana Pi, Beagleboard, Cubox, Jetson, Cubieboard, etc.

Please note that running Spotify on Raspberry Pi 1 and Raspberry Pi Zero is not possible because of lack of NEON support in the hardware of these devices.