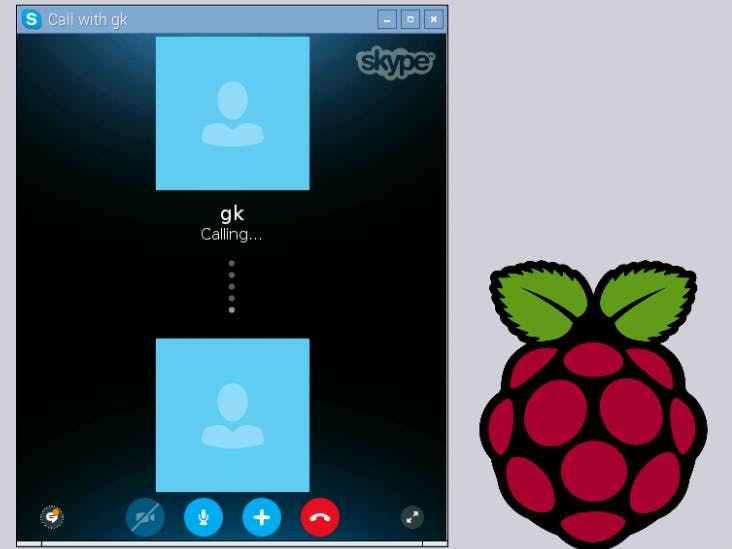 Skype is available on many platforms but not on Raspberry Pi (or ARM-based Chromebooks). In this post we will tell you how to run Skype on Raspberry Pi 2 and Raspberry Pi 3 using ExaGear Desktop, which allows to run x86 apps on ARM mini PCs.

We had a lot of requests about running Skype with ExaGear, but could not publish a corresponding instruction earlier. The thing is that for playing sound Skype uses PulseAudio sound server, which was not stable on Raspberry Pi. Fortunately starting with Raspbian launched in May 2016 things have become better. Below we give some hints how to configure PulseAudio and run Skype on your RPi 2 or RPi 3.

P.S.: keep in mind that with ExaGear Desktop you can use not only Skype, but other chat (e.g. Telegram), music (e.g. Spotify), productivity (e.g. Dropbox) and many other apps on your Raspberry Pi.

1. Configure PulseAudio. Remove the volumealsa plugin from the taskbar – just right-click anywhere on the taskbar, choose “Add/Remove Panel Items”, and remove the “Volume Control (ALSA)” item from the list.

5. Install and activate ExaGear on your ARM device by running install-exagear.sh script in a directory with deb packages and one license key:

7. Now you are in x86 environment that can be checked by running the ‘arch’ command:

8. It is recommended to update apt-get repositories on the first launch of the guest system:

This is it. Now you can make your Skype calls.

It is also worth noting that with ExaGear Desktop you can run other x86 apps on Raspberry Pi 2 and Raspberry Pi 3. ExaGear also supports other ARM-based devices, such as Odroid, Banana Pi, Beagleboard, Cubox, Jetson, Cubieboard etc.

Please note that running Skype on Raspberry Pi 1 and Raspberry Pi Zero is not possible because of lack of NEON support in the hardware of these devices.

Install PC version of PlexServer on your Raspberry Pi using ExaGear Desktop and get access to your media. Learn how to run Plex on Raspberry Pi >>>

How to run some iconic PC games like Arcanum, Disciples II and Fallout on Raspberry Pi with Exagear Desktop. Learn Gaming beyond Retropie >>>

Set Up VPN on Raspberry Pi

Set up VPN on Raspberry Pi and encrypt your connection to protect your privacy. Step-by-step instruction on running PIA VPN Service on RPi. READ MORE >>>

Step-by-step instruction on running Google Chrome browser and Netflix on Raspberry Pi with the help of ExaGear Desktop. READ MORE >>>

In this post we will tell you how to run TeamViewer on Raspberry Pi 2 using ExaGear which allows to run x86 apps on ARM mini PCs. READ MORE >>>

Step-by-step instruction on running Spotify on Raspberry Pi with the help of ExaGear Desktop and getting access to millions of songs. READ MORE >>>