Learn about 3 different ways of playing games on your Raspberry Pi or any ARM device. Where to find games and how to install them.

Gaming On Raspberry Pi And Any ARM Device

Gaming On Raspberry Pi And Any ARM Device

Learn about 3 different ways of playing games on your Raspberry Pi or any ARM device. Where to find games and how to install them. 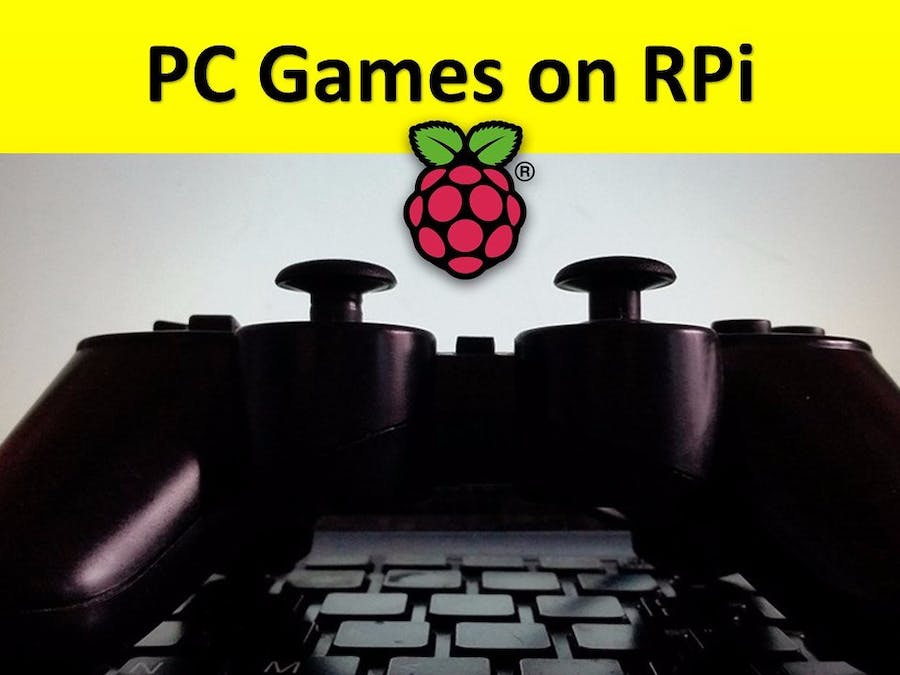 Different ways of playing your favorite games on Raspberry Pi

People started playing games even before they became “people”. At least this statement is true for those, who support Darwin’s evolution theory, as scientists proved that primates play and have interactions that might be termed “games”. The earliest examples of games, played by humans, have been attested as early as 2600 BC and have since become a universal part of human experience, present in all cultures. Archeologists and anthropologists speculate gaming gave a group a somewhat formal way to integrate skills and luck along with learning.  And considering how humans socialize, games may have also provided a way for differing groups to compete for status without hurting or killing one another.

The first true video games appeared in the early 1950s. However, they didn’t really become popular until 1970s, when first coin-operated computer games (esp. Pong and Odyssey) appeared and kicked off a new era of video gaming. Today, 40 years later, we face such a variety of genres, platforms and graphic styles, that it’s absolutely impossible to try them all. This is not necessary though, as players realize what they like quite fast and thus become fans of some particular (usually one) genre.

Buying new devices surely results into an instant desire to install favorite games on them. Unfortunately, this is not always possible. For example, most iconic PC games (like Diablo, Half-Life, Sid Meier’s Alpha Centauri etc.) are still not available for smartphones and ARM-based mini PCs. And if you are an owner of a Raspberry Pi (the most popular ARM mini PC) and a keen gamer, you might have a hard time. Luckily, there are a few different ways to solve the problem. And here they go.

As an owner of a Raspberry Pi, you probably know that it has some games and applications already installed, like Minecraft, the browser, Mathematica, etc. But this is definitely not enough. And you would probably also want to know what else is there and what can be installed on your Raspberry Pi. One of the obvious ways is looking into the Menu under the headings of ‘Games’, ‘Internet’ , ‘Programming’, and ‘Accessories’. You can also see what you have by entering the following command in Terminal:

However, this will show you a huge list of “words” that will most likely mean not much to you.

Another way was using the Pi Store, which was similar to the App Store and Play Store on your phone. The Raspberry Pi Foundation launched it back in December 2012. Unfortunately, the store ceased operation on 1 February 2016 due to the changes to the treatment of VAT for sales within the EU.

So what is left now is using Terminal and the ‘apt-get’ command. The Raspberry Pi community has prepared a list of games that can be easily installed on your Raspberry Pi. E.g. if you’d like to play Funny Boat (a side scrolling arcade shooter on a steamboat), you just need to open Terminal and enter the commands:

If you love old-school games and would like to turn your Raspberry Pi into a retro gaming console, you should get RetroPie and you will have your console up and running in less than 10 minutes. As a retro gamer you probably know that to emulate an old-school game you need 2 things: the game ROM (a copy of the game that exists on your device) and an emulator to play it. The rule of emulator ethics is that you should have a physical copy of a game if you have a ROM (or you can create your own from your old cartridges). So we’ll leave that on you.

What you’ll need to do is download and install the suitable RetroPie version on an SD card (at least a 4GB micro SD). Then plug a controller and a keyboard to the Raspberry Pi, insert the SD card and turn your RPi on, which will boot directly into EmulationStation. You will see all of your emulators and will be able to set up your controller and “hot keys”.  P.S. the list of systems that you can emulate is quite impressive (Game Boy, Atari, ZX Spectrum, Nintendo and lots of others), however you won’t see them all at once as ROMs need to be added to respective folders, before they become visible. Then transfer the game ROM from your primary computer to the Raspberry Pi and reboot your RPi.

After all this your Raspberry Pi should boot directly into the EmulationStation every time you start it and you’ll be able to control everything with just the controllers. And so you are ready for a good old game!

RetroPie is good if you want to play retro. But if you want more, it won’t be able to satisfy your gaming itch. The thing is that RetroPie is (so to say) a bunch of emulators and open-source ported games in one package. And it’s common knowledge that most emulators show low performance. So when it comes to x86 platform, you’ll only be able to run very old DOS games on your Raspberry Pi.

But what should you do if you want to play more modern PC and Linux games on your Raspberry Pi? Luckily, there’s a great option – ExaGear Desktop. It’s a user-friendly software with transparent operation which lets you run x86 software on Raspberry Pi and other ARM-based devices. The download and installation process will take you just a few minutes. And soon you’ll be able to fully enjoy your favorite PC games on your Raspberry Pi!

In previous articles we already posted detailed step-by-step instructions on how to play games beyond Retopie (such masterpieces as run Arcanum, Disciples II, Fallout) and Heroes of Might and Magic 3, Sid Meier’s Alpha Centauri and Caesar 3 on your RPi. We are now testing more of your fave games and will soon share the instructions. So stay tuned for more gaming news from us!

With ExaGear Desktop you can run many more x86 apps on your Raspberry Pi and other ARM-based devices (such as Odroid, Banana Pi, Beagleboard, Cubox, Jetson, Cubieboard etc.). We’ve already covered some of them in our previous posts and will soon post more tutorials on your favorite apps. Stay in touch and explore the capabilities of your Raspberry Pi.

The original article is Gaming on Raspberry Pi