A giant display to motivate oneself to stay active.

A giant display to motivate oneself to stay active. 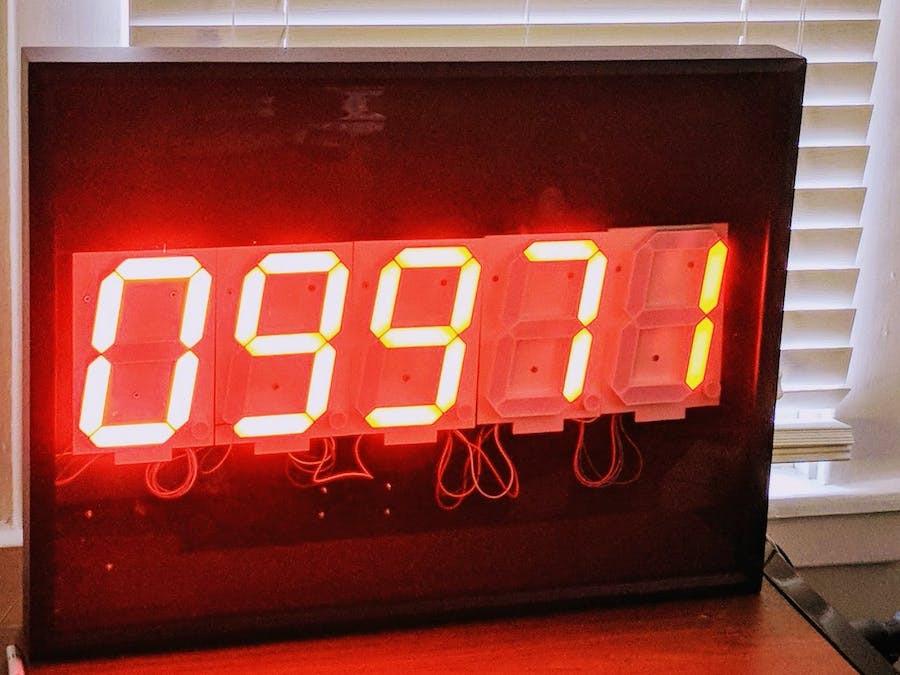 "Sitting is the new smoking"

Hence, we decided to build something that serves as a visual aid to our daily step goal.

Count up vs Count down

Once we put the display together, we had to determine whether our visual aid counts up to the step goal or count down from the step goal. For example: Let's consider a scenario where you have clocked 8500 steps (against a daily goal of 10,000 steps) in a day.

Display of zeroes when the daily step goal is achieved.

We got a chance to exhibit our project at different Maker Faires across the country and it was sheer fun!