Use the powerful PRU on PocketBeagle or BBAI to capture 16-channel audio from a PDM microphone array.

Use the powerful PRU on PocketBeagle or BBAI to capture 16-channel audio from a PDM microphone array. 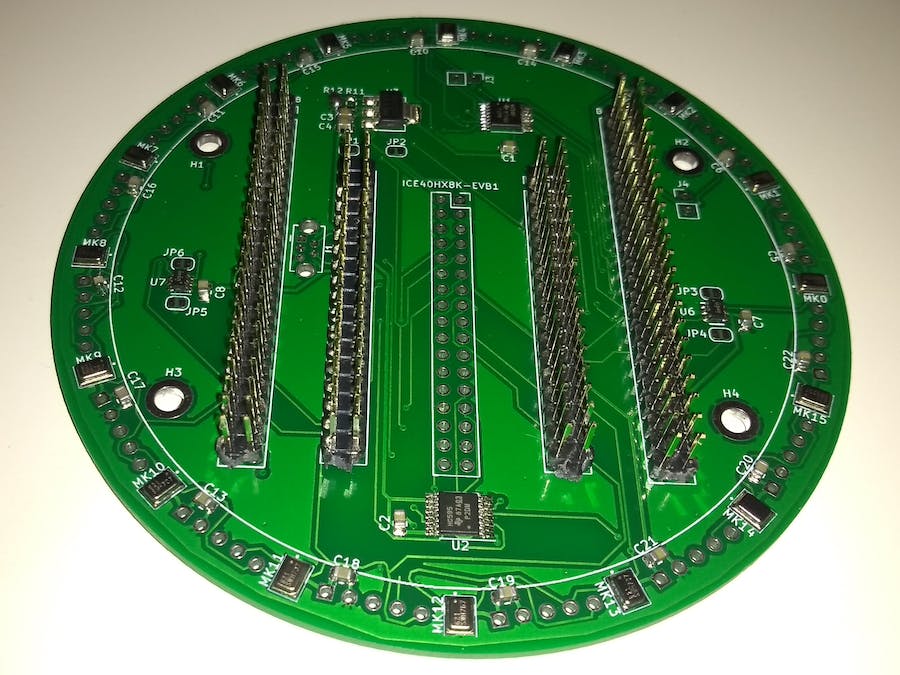 Ever wanted to record audio from 16 PDM microphones simultaneously? Now you can with a BeagleMic running on PocketBeagle or BeagleBone AI. No external active components are used. Instead the PRU subsystem takes care of all the magic:

The hardest part of the project for me was soldering the microphones. That says a lot, given the long sequence of code-generating assembler macros in PRU0 firmware.

The kitchen hob was not that forgiving to my INMP621 microphone breakout boards, though. Roughly a third of them had significantly reduced sensitivity, which I credit to contamination reaching the MEMS via the bottom-hole. Situation was even more dire for the large 10cm cape with all 16 microphones. Half of the microphones were not even sending data, and several PCB tracks peeled off.

When I purchased the popular T-962 reflow oven I finally had success with soldering all 16 microphones on the cape. And they all worked, too.

I have not mastered double-sided reflow soldering yet, so I used a soldering iron to place the LEDs on the top of the cape. They did not light up. Quick check revealed I had mistaken the anode pin for all of them. I desoldered and eventually placed them correctly, but I wish I had designed the cape with bottom SMD LEDs.

As a backup plan for folks fearful of reflow soldering, cape can alternatively accept microphone breakout boards. With BGA microphones out of the way, all the rest of the cape components can be soldered with a regular iron.

PRU0 takes care of driving the PDM bit clock and capturing the microphone bit data. It then runs a CIC filter to convert PDM to PCM, and feeds PCM data to PRU1. PRU1 is retransmitting PCM data from PRU0 down to the ARM host. RPMSG is used for control commands. Shared DDRAM buffers are used for audio data. Host audio driver presents a standard ALSA audio card, so that arecord and other standard tools can be readily used.

After implementing runtime mode switching between 8ch24bps and 16ch16bps modes, I noticed that sometimes some microphones enter a state with significantly increased noise.

The rootcause turned out to be in the PDM microphones themselves. Due to the CIC filters implementation, the two capture modes have different PDM clock frequencies. And apparently the microphones do not tolerate clock frequency changes during operation.

The fix was simple change in firmware to stop the PDM clock for a few milliseconds between each mode switch. This forces the PDM microphone to enter SLEEP state. Microphones are able to retrain to the new frequency when new clock appears.