A proof of concept robot car that can be used for basic scenario scouting.

A proof of concept robot car that can be used for basic scenario scouting. 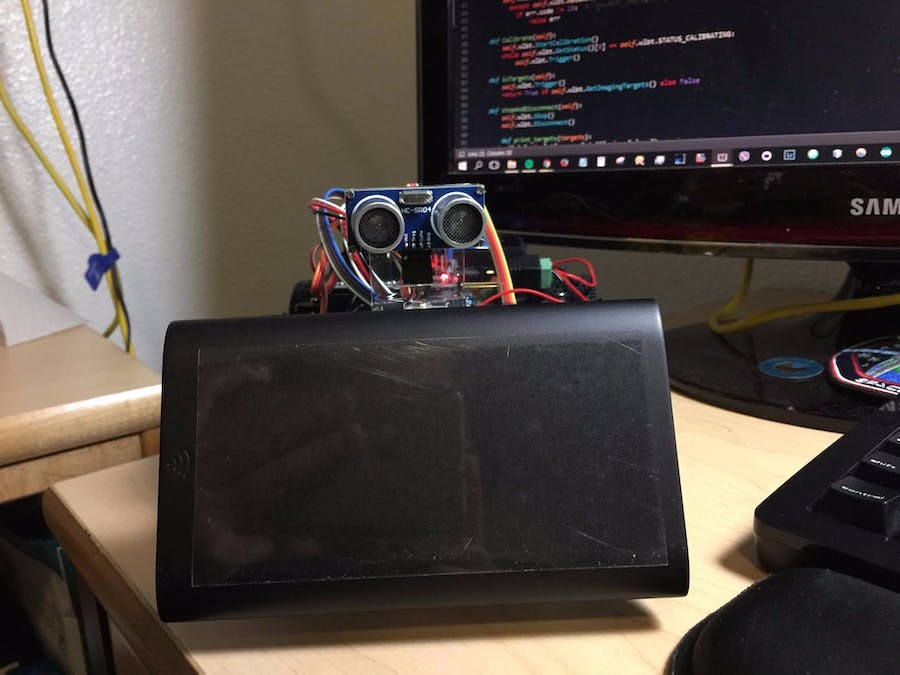 This was my first arduino robot car project. I want to get better at building robots and eventually start building larger more advanced versions of my own. Eventually, I want to use this robot as a good proof of concept model in showing how feasible it can be to create many cheap robots to use for emergency situations (natural disaster, police scouts, etc).

If you want to know where to buy these awesome sensors, go to: https://walabot.com/

Go to https://walabot.com/getting-started to download their SDK for windows, linux, or raspberry pi (In my case, I had trouble getting set up with my raspberry pi 2).

After you've downloaded their SDK, go ahead and check out their starter project to set up your environment: https://github.com/Walabot-Projects/Walabot-HelloWalabot.

Big tip, when they tell you to insert this line:

into your CMD (assuming you're using windows), you may get an error. I spent a while before I figured out the problem. Firstly as a precautionary measure, I redownloaded python 3.7 https://www.python.org/downloads/ and was still confused as to why I couldn't verify my python version via CMD. I found out the command to initiate the python ide environment was actually

so keep that in mind. From there I used command:

to download the necessary libraries. From there you can go ahead and download their sample projects to run from CMD using the "py" command.

Note: You can use http://api.walabot.com/index.html to get started on projects but I really prefer https://github.com/Walabot-Projects instead.

My main challenge right now is trying to bridge my arduino code for my robot to the python code for the Walabot. I've looked at forums and found from others that it's unlikely I'd be able to run python on an arduino. I'll have to move over to programming this in C++ or C# to combine my robot functions with the Walabot data.

I'm looking to get a sensor map running where the robot will navigate through a room and pinpoint every single object. I'd have more hypersonic sensors on board to record objects 360 degrees. I'd essentially have a sensor map with multiple points plotted on a graph to give myself a 2D visual representation of the room from a ground level.