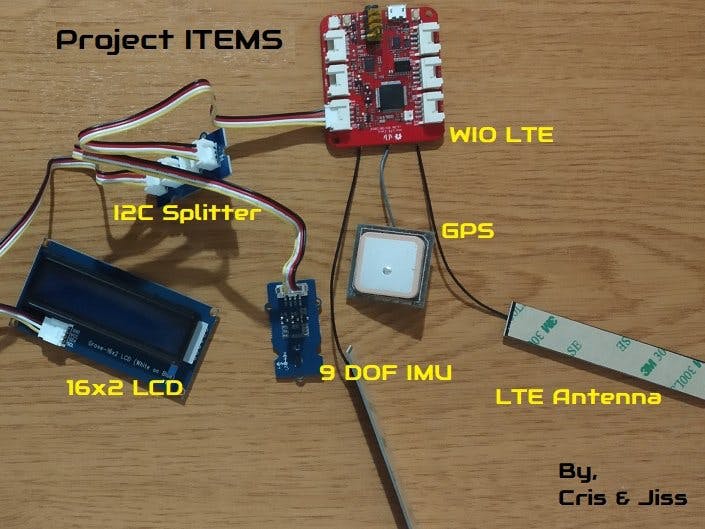 The modern world has seen a rapid increase in the amount of both public and private transportation. With this ever increase in the number, the absence of a proper system to monitor and manage the traffic is a widespread issue throughout every country.

Existing solutions like vehicle GPS tracker are vehicle and area specific. They are not capable of providing advanced traffic management and analysis.My team is developing an intelligent Traffic Evaluation, Management and Monitoring system that is capable of relaying the real-time vehicle data (user id, vehicle registration number, vehicle speed etc) and vehicle location into the dedicated ITEMS cloud for advanced analysis. This allows transport providers to manage their fleet efficiently.

The ITEMS module will be made as a standalone compact solution that can be incorporated into any vehicle and linked to a specific user identification number. Once the system is activated, it starts to stream real-time vehicle data and location into the ITEMS cloud.

The GPS/GNSS module of the Wio LTE will be used to get the vehicle location. The LTE module and the Soracom Global SIM together will provide high-speed real-time connectivity to the ITEMS cloud (hosted in AWS).

The ITEMS system can be given independent power supply using a power module and battery or can be plugged into a power source provided in the vehicle. The Arduino IDE compatibility makes it even easier to upgrade the system in future. OTA updates via LTE can also be a future possibility.

The hardware setup is depicted below:

The complete setup for the WIO LTE is provided here.

The GPS signal was found to be weaker inside the building. But once the modules are shifted outside, we will start getting good reception.

The velocity of the vehicle is calculated by integration of the individual IMU acceleration values. The resulting velocity is found by the normalised value in X longitudinal and lateral axes.

All the relevant data is then stored into the SD card as a backup.

The full software setup is provided in the code section.

As the testing was done near to the balcony, fair amount of GNSS reception was obtained.

An app will be developed later to receive the real-time data from this analysis to view results such as the traffic density along their route. Sensitive data including defense vehicle data etc will be masked from access by unauthorized personnel. The app can be extended/ modified to use as real-time vehicle tracker in case of a vehicle share/pool or public transport system.

This project was a real challenge for us. The WIO LTE is sometimes hard to setup as we had struggled a lot for the same. The confusing libraries are also another issue which limits the productivity of the device by a large amount. As WIO LTE has multiple version, the libraries are not cross-compatible with each other even while the hardware is similar.

We ran into compiler issues while playing with this module when the Wio_LTE_for_Arduino library was used. So we had to stick with the Wio_LTE_Arduino_Library. We hope the issues will be eliminated once SEEED consolidate the libraries.

Due to issues that occurred in setting up the WIO LTE hardware and the libraries, the Soracom cloud and AWS portion of the project has been partially withdrawn as the Global WIO LTE library has not been updated to include Soracom-specific sketches to start with. Many thanks to Rick Kawamura , Felix Hsieh, Seth Welday and Erin Linke for their timely support to help resolve the hardware and generic library compilation issues.

And special thanks to Hackster, SEEED, Soracom and AWS for hosting this wonderful contest.