A prototyp of a voice controlled firefighting robot, which would be able to assist firefighters where it is to dangerous for humans.

A prototyp of a voice controlled firefighting robot, which would be able to assist firefighters where it is to dangerous for humans. 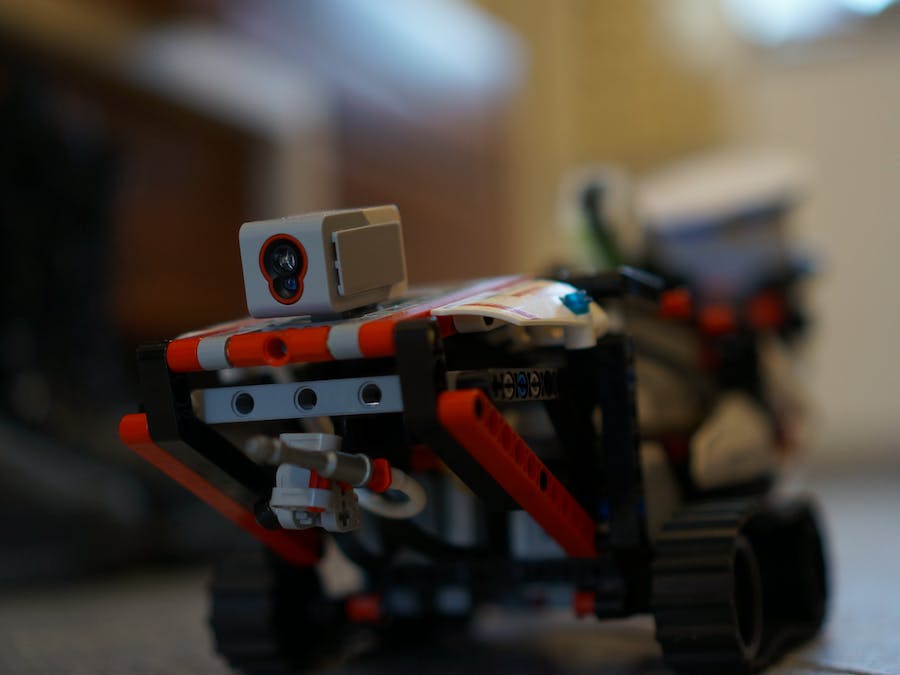 To be a fire fighter is a dangerous job, you will never know what to expect on site. A robot can assist doing this dangerous tasks like extinguish a fire in a tunnel or recover a barrel with radioactive content. The firefighter who controls the robot is able to steer all functions of the robot voice, so his hands are free to carry tools, rescue persons, ...

design:
I decided to use a chain drive like a tank on my chassis because so you can drive over obstacles, stairs,... and don't get stuck in the snow or mud so quickly.

As I produced the outdoor video fighting against a real fire, I recognized optical troubles with the chain, it was to loose. So I decided to add as supplemental wheel in the middle of the drive system.

supplemental wheel in the middle for better drive experience

The same gearbox is used on the back of the robot like a spill winch, so you are able to use the winch with a rope to recover the robot if it got stuck or use it to recover other objects like cars, trees,...

spill winch for self recovery or other winch missions

On the side of the robot I mounted some cover parts which protect the robot and give him a cool look.

cover parts on each side

The front shield has two blue lego glas parts, which simulates the blue lights, which are common on fire trucks in Austria (in the US red light are used).

Im mounted a color sensor on the front side, because it looks like a thermal camera, which would be a good idea on a fire fighting robot to look through smoke. But this is only a design element with no function ;-)

functions:
The german command language of firefighters was implemented into the voice control. I used the LEGO MINDSTORMS Voice Challenge examples to implement the following functions:

walkthrough:
I read about the challenge on the Lego Education site, after looking to some videos I was very interested in trying to use this voice control. I also found a ev3dev documentation in german language, so I had to organize a micro SD card, flashed it with EV3dev and tried some functions only with the brick and a wave-soundfile later also with a motor. Afterward I downloaded the example missions and tried all four missions. It was time to think about which robot I should build, because I am very interested in voluntary fire fighting topics I decided to build the firehero robot with above described functions.

First it was only a modified tank chassis, then I had the idea of the water cannon and the gripping tool. I was a big help, that I built a lot of robots before but never used a voice control system or did a coding by myself.
But I had some programming experience with C# in Visual Studio - so it was not a big step to use Visual Studio Code an Python.

Sorry I have no building instructions because I no longer had time to produce this.
Some ideas are from projects seen on the internet, modified them an brought them together for this project.

But here are some detailed pictures.

Thanks to my dad (Hubert Springer) who helped with the project documentation in english language. 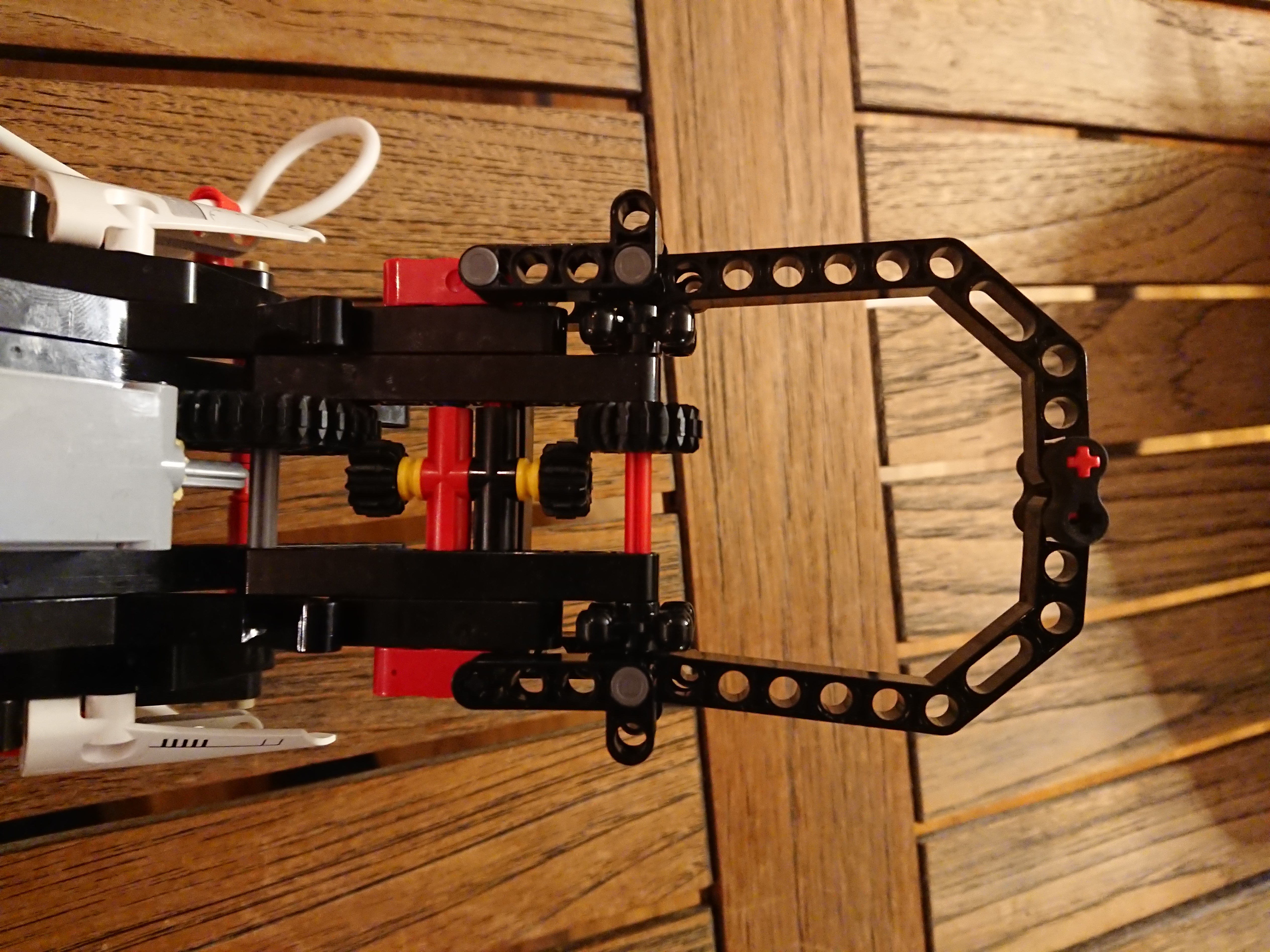 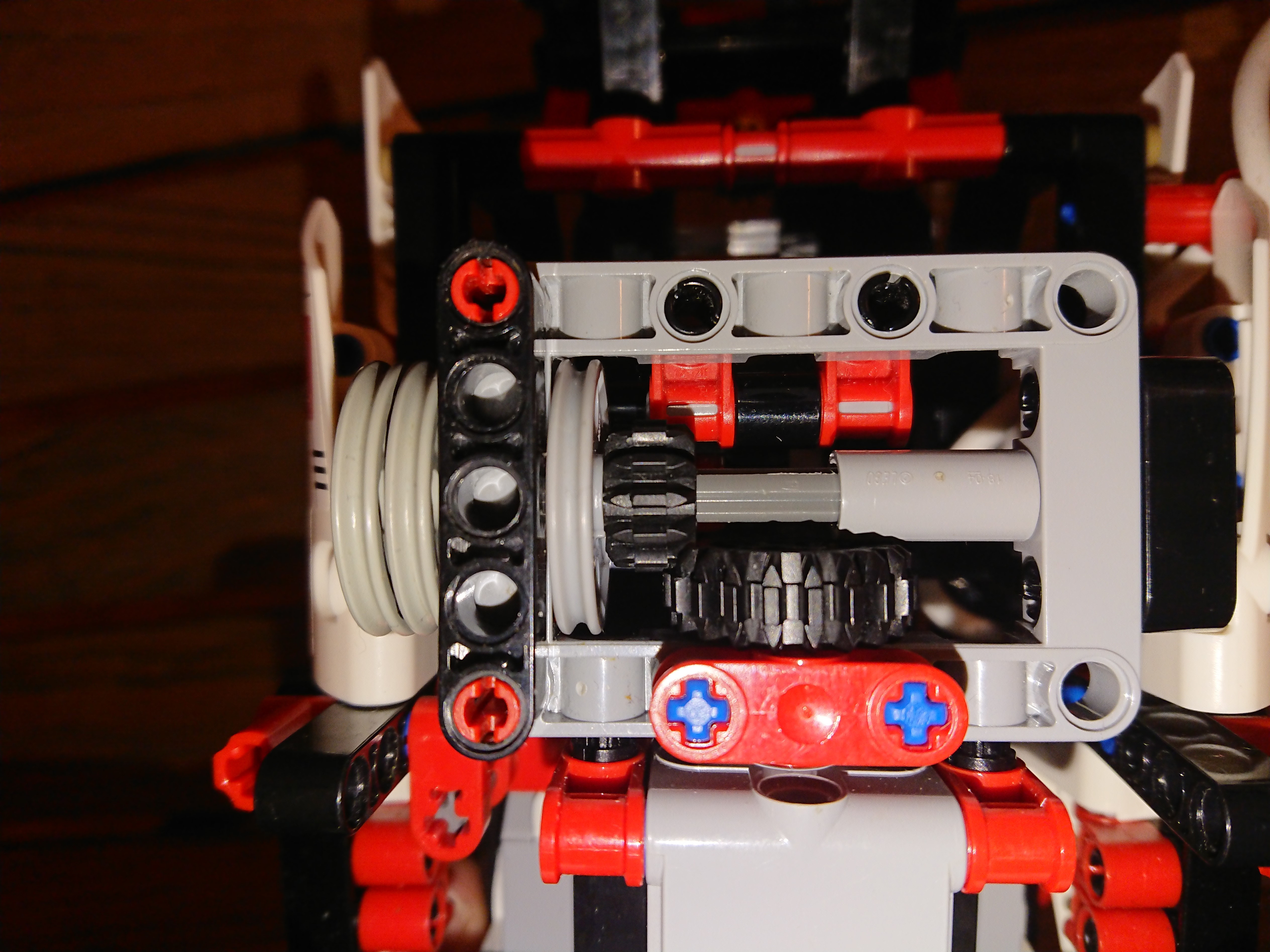 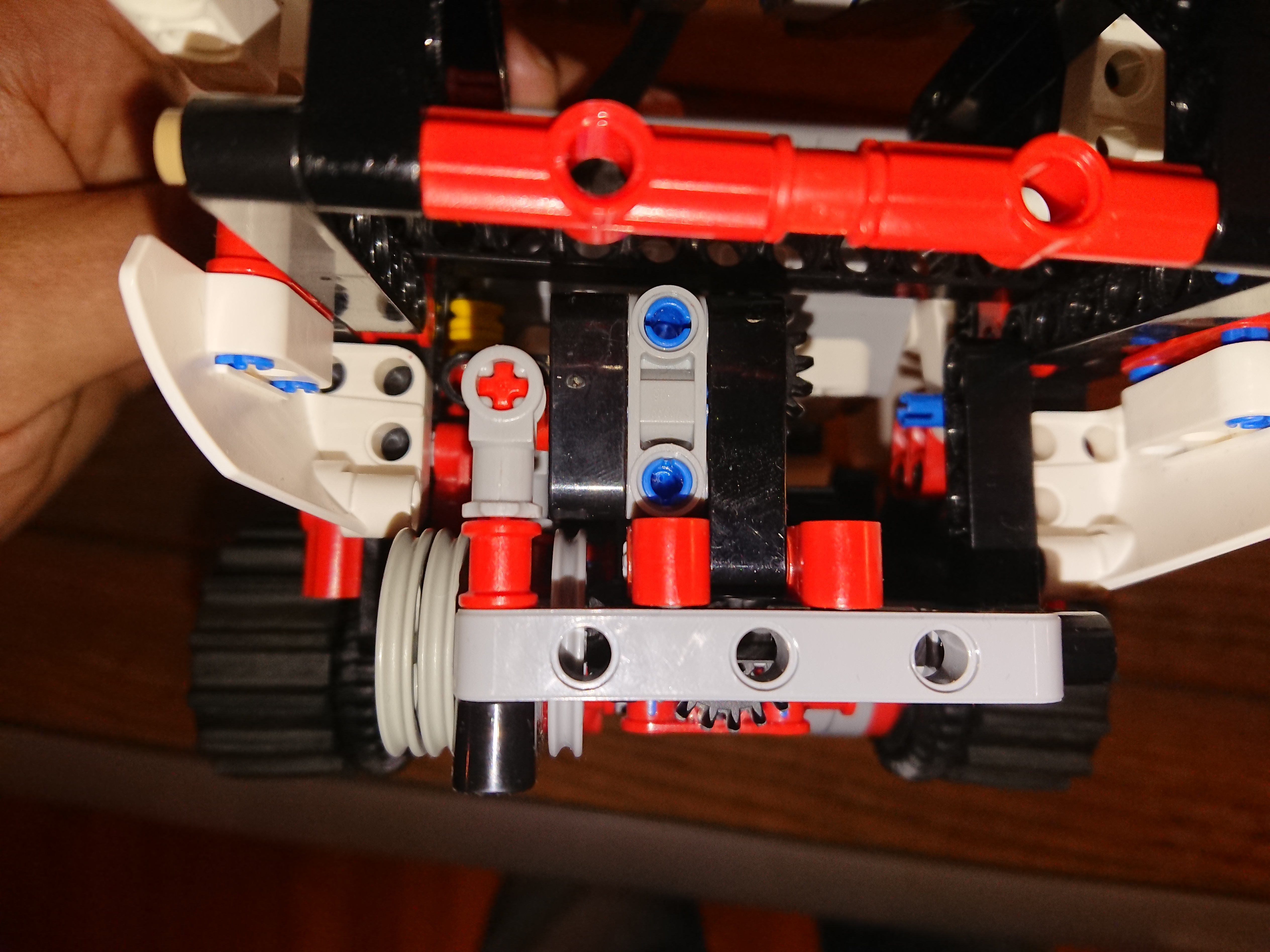 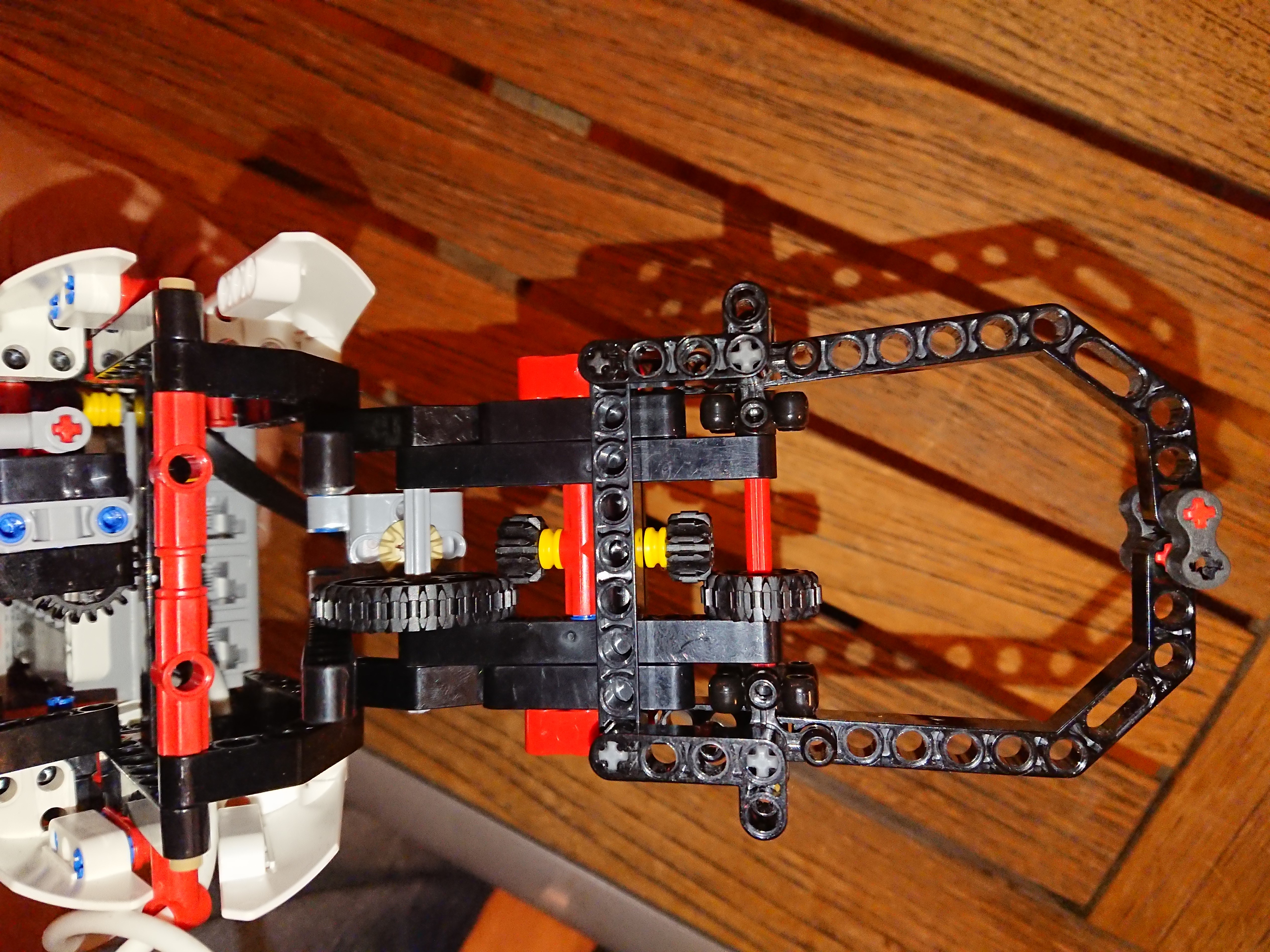 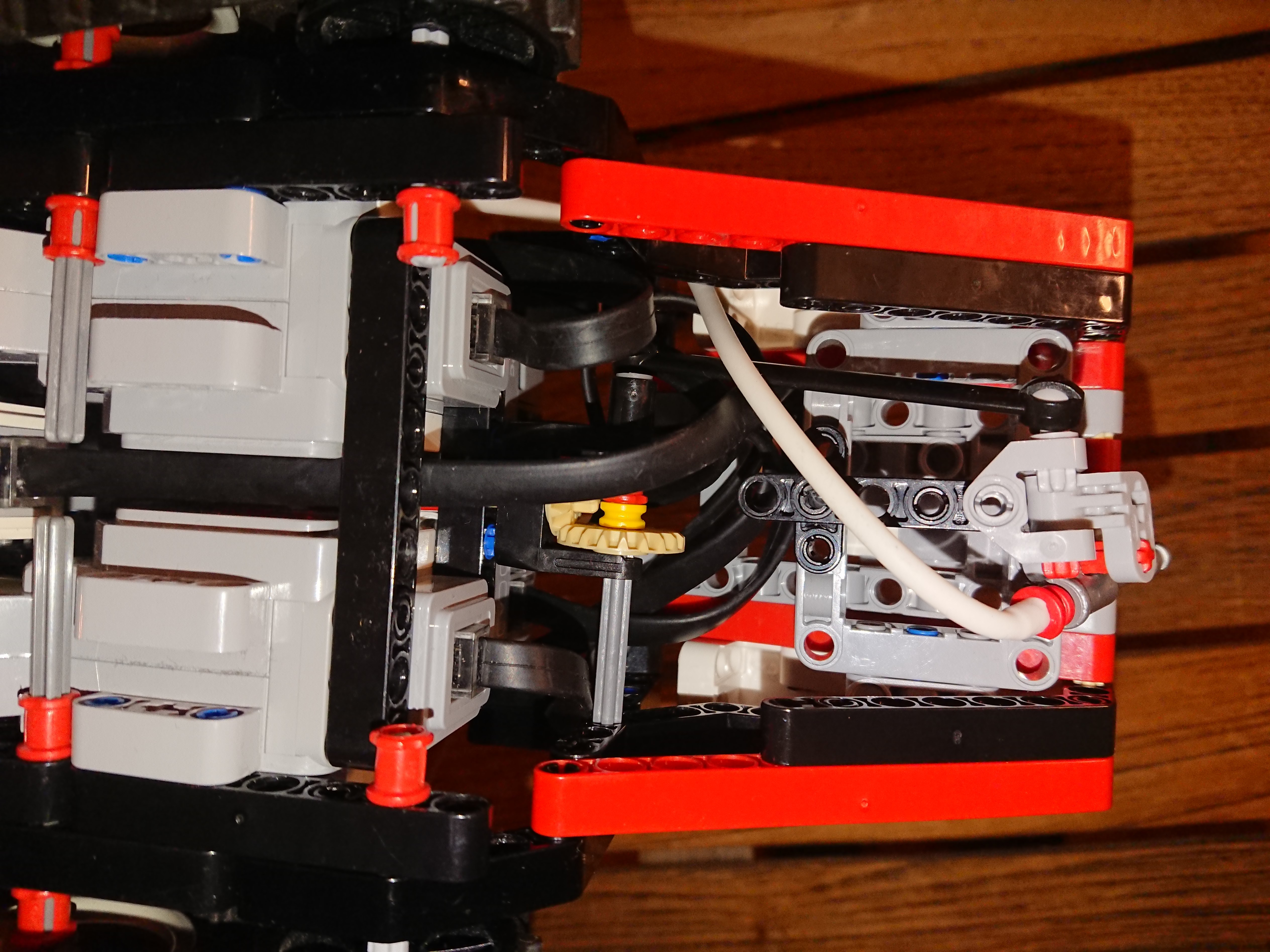