Digital Speedometer to Car's Instrument Cluster via CAN Bus

Digital Speedometer to Car's Instrument Cluster via CAN Bus 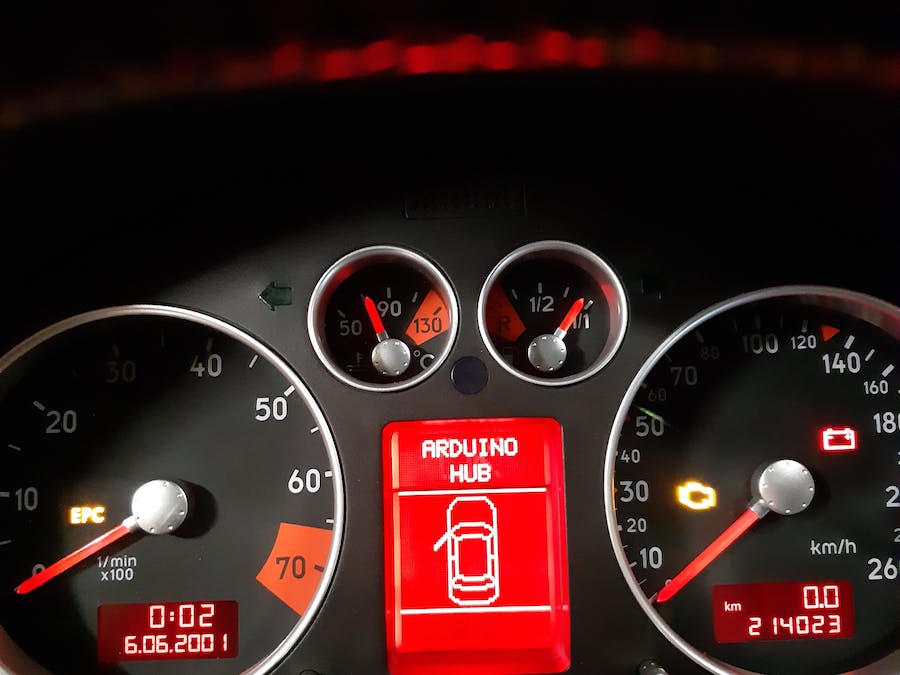 Start of the Project

It all started in the summer of 2020, when I bought an Audi TT 2002. Unlike my previous cars, it didn’t have a digital speedometer in the instrument cluster’s little LCD-display (Driver Information System DIS in Audi). Due to the lack of digital speedometer, I decided to implement it myself. To cut a long story short, I thought I could take advantage of existing GitHub-project [1] and wrote the code for that setup first. Though I soon realized the setup used in the existing project was different to mine, so I had to start it all over.

Audi TT's DIS-display shows the radio station or the CD-track in the upmost third of the display. My plan was to replace the radio info with digital speedometer. From the previously mentioned project I found out that the radio sends information to the instrument cluster via three one-way data wires. When I pulled my radio out, I found out that my radio didn't use these three wires, but CAN bus instead.

Before I tapped into CAN bus with Arduino, my plan was to acquire the vehicle speed signal from the radio's GALA-wire (Graduated Audio Level Adjustment). GALA increases radio volume automatically according to vehicle speed. Since my car has CAN bus, there is no need for GALA-wire and the instrument cluster sends vehicle speed data on the bus every 200 ms. I'm used these CAN-messages in my digital speedometer solution.

After doing a little research on the CAN bus (especially in VW-group cars), I found out that the bus used in my car was a so called Fault Tolerant CAN bus [4]. For me it meant that I couldn't use off-the-shelf CAN-shields for Arduino.

TJA-1055T Application Hints [5] -document was useful when I dimensioned resistors and capacitors. I used Arduino CAN Tutorial [6] when I drew the connections between Arduino and MCP2515.

I used this great MCP2515 library for Arduino, that allowed me to easily send and receive frames on the CAN bus. Using the library was very straightforward, since it was so well implemented. In the following piece of code are examples of receiving and sending CAN frames.

I found Audi CAN bus message identifier list on Canhack.de [7] and I found the IDs for the first and second text line of the DIS. I also discovered the ID for vehicle speed information on txboard.de [8].

During the capture, car had ignition on, and engine wasn't running. CAN frame suggests that ignition was on, temperature in my garage was 8 degrees Celsius and vehicle speed was zero, which seems about right.

I used the following information from the previously mentioned GitHub-project [1] in my GALA Speedometer code: 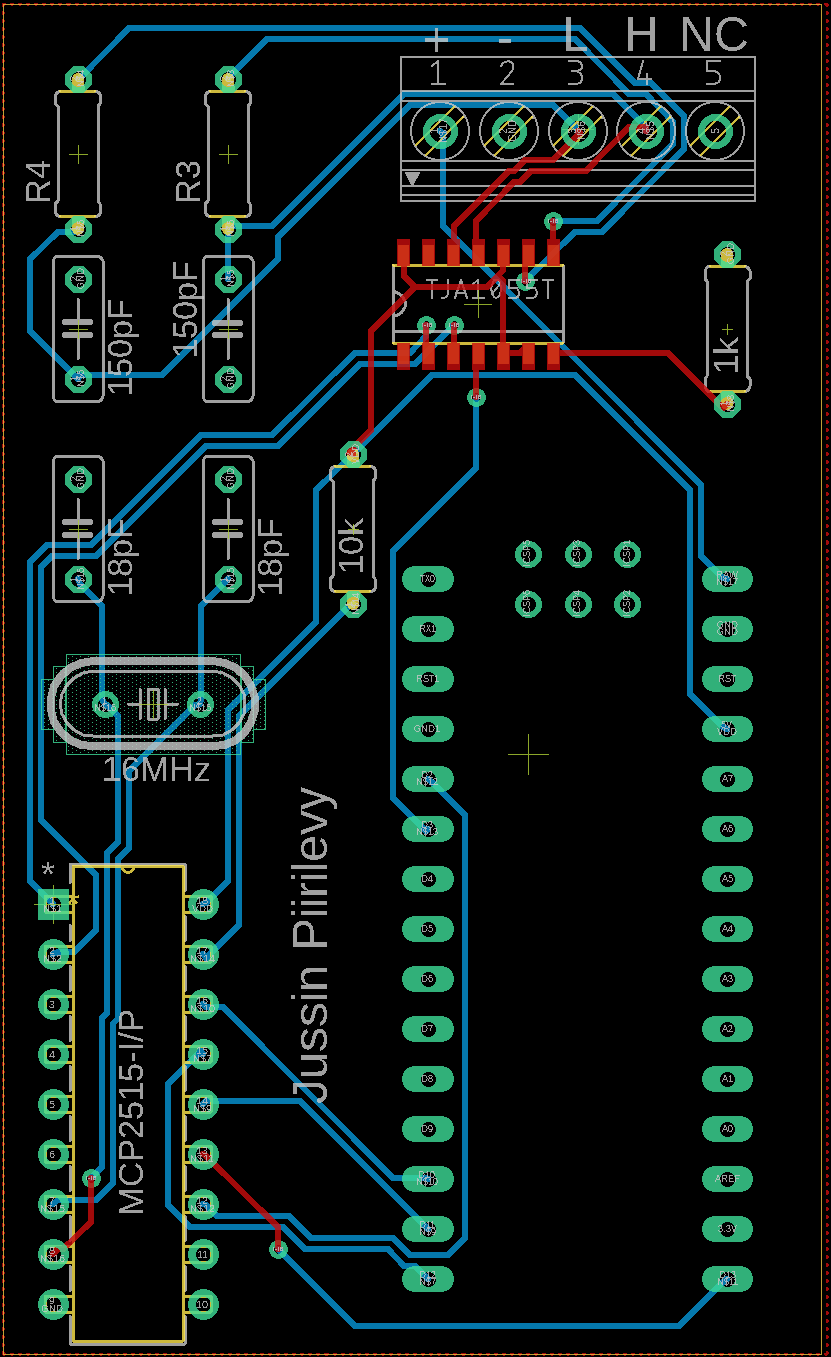