SPACS is an invisible shield for pedestrians designed as an extra safety measure in case of collision or vehicle malfunction.

SPACS is an invisible shield for pedestrians designed as an extra safety measure in case of collision or vehicle malfunction. 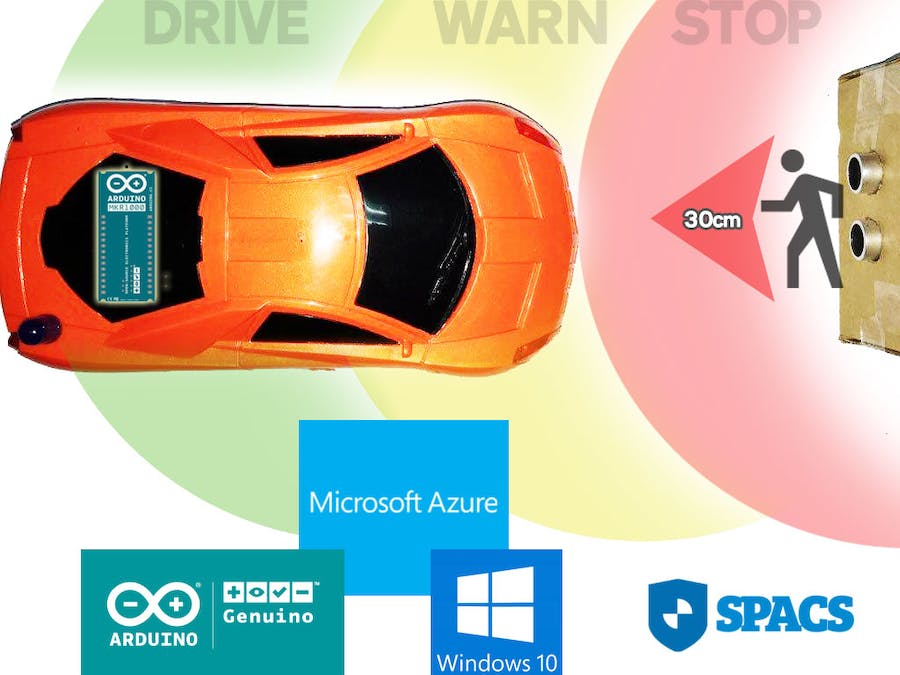 Definitely we must do something about car incidents. Currently 90% of collisions are caused by human errors and this is why car crashes kill more than 3,000 people a day. As we're heading into a car driverless world, incidents will occur on a higher rate if we will not build up a more smarter and safer environment.

Intelligent cars will have cameras and sonars but unfortunately have also many limitations that cannot fully detect all pedestrians or cyclists.

Spacs (Smart Pedestrian Anti-Collision System) will add an extra safely layer for pedestrians and will continuously send their position parameters so vehicles can be warned and automatically stop, avoiding unwanted collisions.

Spacs could be integrated into wearable devices but also into the traffic lights systems. In case of unwanted situations, any incident will be automatically reported to the nearest doctor, using the Azure Cloud and city's emergency system integration.

PEDESTRIAN:  wear a device that will measure the distance between him and other objects around it. We used an ultrasound sensor but more can be added in order to get an 360* degree shield. Compass sensors can measure any interaction.

VEHICLE: have a communication protocol that will get real-time distance of these SPACS devices and warned / stopped automatically in order to avoid collisions.

TRAFFIC LIGHTS: by extending SPACS into the traffic lights systems vehicles can be automatically warned / stopped on demand but also people will be notified not to cross the street if RED light, for instance.

HOW TO BUILD IT:

PEDESTRIAN DEVICE  - must continuously stream their distance and position, relative to the other moving objects using a communication protocol.

On this example we used:

VEHICLE - must receive values from any SPACS pedestrian device being on their path. Based on the distance the vehicle will be warned and then automatically stopped in order to avoid collision.

Get any remote controlled vehicle and put the motor - battery (brake) connection in between the relay.

Be sure to strongly fix MKR1000 board on the car, so it can handle all sort of collisions and external USB charging.

By using the Arduino IDE, upload the MKR1000 Wifi-Firmata code and easily control it from the Windows 10 application.  Don't forget to modify the wifiConfig.h with your wireless network details.

Spacs10 - is like a communication hub between devices and also IoT Azure, where will store all the events from the application, if this option is ON.

For application development you could use Visual Studio 2015 - Community Edition and you have to follow these steps in order to communicate with your MKR1000 device, using firmata protocol.

NOTES: there are two versions on the repository, one that communicate via web server and other using socket connections. Feel free to improve and play with it. We used fixed IPs but it be can be adapted based on other Ethernet shields and libraries. 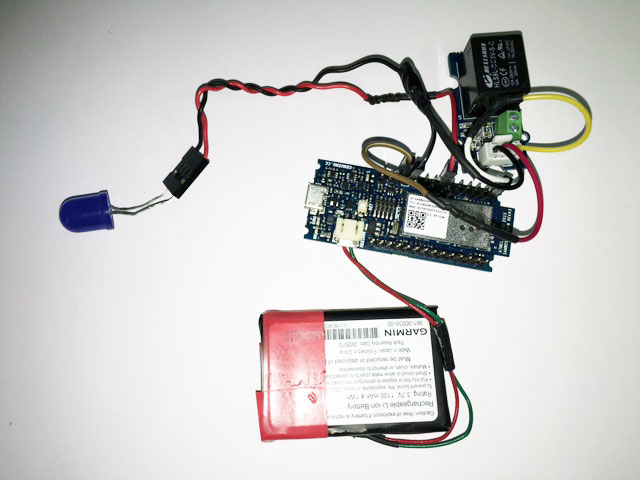