This is a trail camera that will notify you using a cellular network that there has been activity nearby.

This is a trail camera that will notify you using a cellular network that there has been activity nearby. 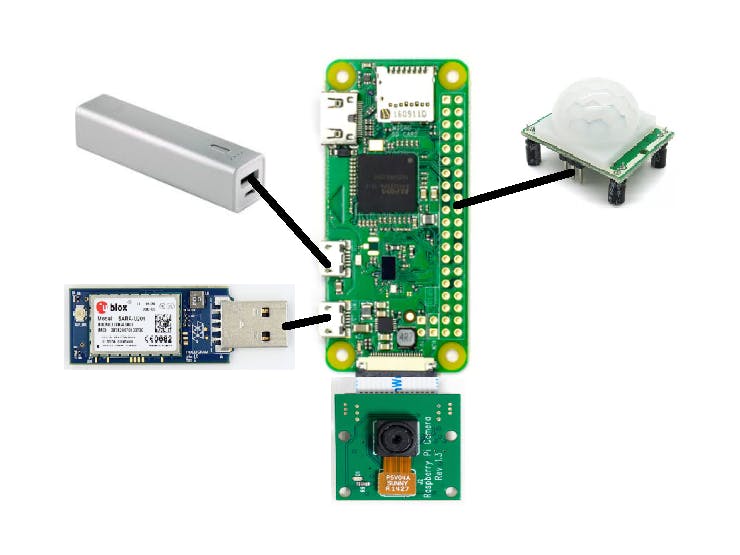 My project is a Wireless Trail Camera, I know you could buy a trail camera cheaper then making it, but wheres the fun in that. The idea came to me one day as I was out checking my trail cameras, The area I hunt is a good hours travel from where I live. So putting out trail cameras is a must if you want to find out if there is any activity in the area. The problem is I have to go every so often to retrieve the SD card only to find out there was nothing on it. What I wanted was a way to be notified that there was some activity on the camera before I go out. I didn't need the images sent to me, just a report of activity and time of day.

Enter Hologram Nova Cellular USB modem and the Raspberry Pi Zero design contest. I thought there is a good way to create a trail camera that could send me some feedback that would work in most places I hunt.

Now before I get too far into this, I have to say after creating the project, I realized the Raspberry Pi Zero probably isn't the best choice for this project as it doesn't contain any power management features I could find. It would use up the battery within a couple of days and to extend the up time, a solar panel would be required making the camera pretty bulky.

Once I received the kit from Hackster (thank you), the first thing to do was to setup the Raspberry Pi.

Now I had to wait a bit for my pi camera to come in, I actually purchased one that had an IR Cut filter on it so that the camera could be used day or night, this projects doesn't use the IR Cut filter, but since it was the same price as other cameras, I figured I'd get it for a future enhancement.

If all works well, you now have a working raspberry pi camera.

** I tried to add a fritizing diagram here, but for some reason my laptop just would not let me create one. If I can get it created, I will add it, but for now the instructions on how to connect the pir is below.

You now have a working motion system. Use the motion.py to take an image when motion is detected. This script has a 15 second sleep after a picture is taken.

Before you run the scripts, you should create a couple of directories. These directories will be used for the various scripts.

If you don't have the motion.py script automatically startup when the Pi restarts, you can start it like this. It should run in the background afterwards.

Configure your Hologam Nova USB modem as using the hologram instructions here. Once the SIM card is configured, connect the Nova to the Raspberry PI.

At this point, python already installed on your PI, we will need to add the Hologram python sdk to it using the instruction here.

With the nova now able to send messages to your Hologram dashboard, you need a way to find out when a message comes in. I created a email route so that when a message come in to the report topic, it will automatically forward the message to my email.

if every thing is setup correctly, you should get an email with your message.

Setup Crontab to send report once a day at midnight

After a bit of testing, I was able to create new notification script that will get a list of images in the images directory and email them directly from the Pi. Like the original report, you can put it in the crontab to run it once a day, or what ever schedule you like The python script is called emailreport.py. I created a report2.sh script that will use the Nova modem to connect to the internet, email the report, then disconnect.

I also was able to add a new feature that will allow you to send an sms message to the trail came of one of the files in the emailed report, it will compress the image down then email the image back to you . I used the sms tab in the Hologram dashboard for testing. Once the script is running, all you have to do is

Some notes on the email setup, instead of using my personal email provider, I signed up for an account with sendgrid. They will allow you to send up to 100 emails a day for free forever. This is more then enough for testing.

There are a few thing I would like to change in the future on this project: 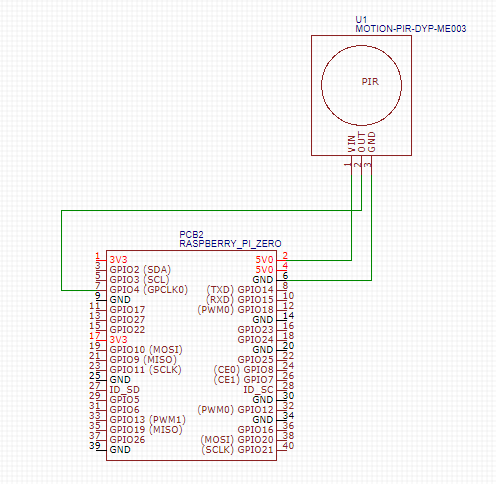