This is a device that will record everywhere your ATV has been. Its activated when the bike is turned on.

This is a device that will record everywhere your ATV has been. Its activated when the bike is turned on. 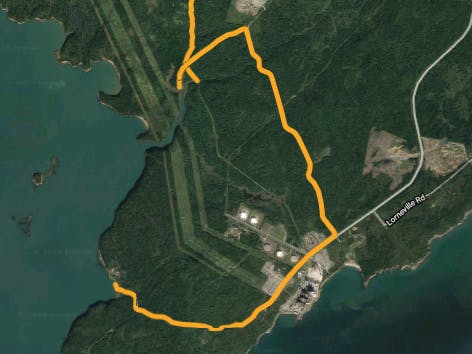 I want to create a device that can be mounted on an ATV that will track where it has gone. Currently there are a couple of way to do something similar, like use a hand held GPS, the problem with this is you usually forget to bring it with you, also you can use a cell phone, but in a lot of cases you are in the back country with no cell signal so most phone wont be accurate. This would be ideal because if it mounted on the ATV, you wont forget it, it would be powered on when you turn on the bike. Then all you have to do is take the SD card out to import all your GPS points to your pc.

The build for this device is pretty minimal. All that should be needed is the spresense device, USB charger that can plug into the 12v outlet on the bike and a waterproof case.

The code for the project is also pretty minimal, All I wanted for this project is to get the latitude and longitude coordinates and store each set on separate line in a file.

Something like this (these are fake coordinates, its just to show format):

My code is very small, but if you want a much better GPS tracker, When I was starting to have some issues, I found one in the examples projects. It does a lot more then I needed, but it is more complete.

Once your done your ATV ride, you can take the SD card out of the device and put it in your pc. Then open a browser and goto GPS Visualizer.

Select the type of map you want to use, then click upload a file. Then click Draw the map. A window should popup with your tracks displayed. If you select Google Map or Google Earth, you will need to create a Google API key to create the map.

You can also use this site to create a KML file which can be imported into Google Earth.

I really like this board, it contains a lot of sensors I use quite often on various projects but with the added advantage of being on a single board that uses very little power.

If I can get the GPS working again, I plan on using it on another project very shortly. It has many features I would like to try out, like the audio in and out.