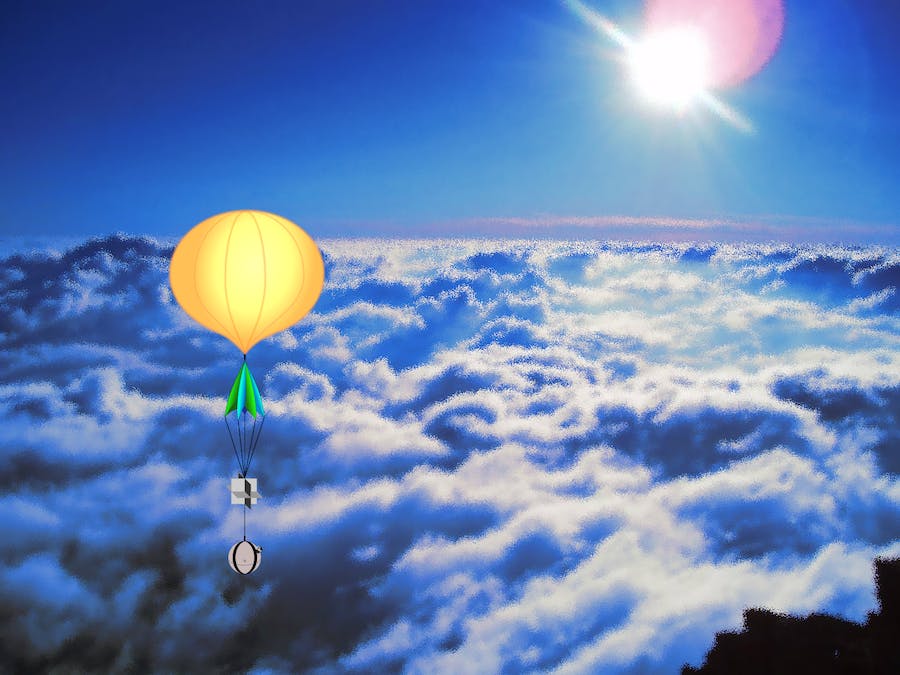 Before you start reading: THIS IS AN ACTIVE PROJECT. That means that changes and additions are being made to it as you read. We'll try to keep this description and the Things list updated and add any new stuff.

About two years ago, a group of teachers at Escuela Técnica de Melo (a technical oriented high-school in the town of Melo, Uruguay, South America) became worried about the fact that most projects at our high-shool were based in outdated technology and had very little to do with I+D. And so, in 2016, the Club AeroEspacial de la Escuela Técnica de Melo (Air and Space Club) was born, being this it's first project, called Misión S-09 (Mission S-09).

The objective of this project is to develop, build, launch, track, and recover a device made with a lot of sensors, some cameras, an Arduino, a IOIO OTG board, two smartphones and some batteries, which will be carried by a high altitude balloon.

...all of them connected to an Arduino Nano v3, hooked to a IOIO OTG board, which works as an interface between the Nano and an Android smartphone running a specially designed app. The Nano gathers the sensor data, compiles it into a data stream, sends it to the IOIO, allowing the app to pick it up to:

The app will also take pictures and upload them (again, if there's enough signal strength to have Internet connection in the smartphone).

A second smartphone will do a live video broadcast of the lift-off for as long as possible, while external independent cameras will record the flight.

(If you're wondering about the regulations that forbid the use of cellphones in flying devices, those laws are effective in USA, here in Uruguay there's no such laws yet so we can try and do this kind of experiment).

The Main board prototype so far

As of the 21st of october, 2016, the work stil continues and we hope to be able to launch it in december. So far we have a working prototype of the hardware, a working data-logging app, and a tested parachute model.

EDIT: As of 25 of october, 2016 we got also wind speed sensor made by ourselves. Code and schemas coming up soon!!