For an art project I put the LED ring on my crazyflie and took some long exposure photographs light painting with flying.

For an art project I put the LED ring on my crazyflie and took some long exposure photographs light painting with flying. 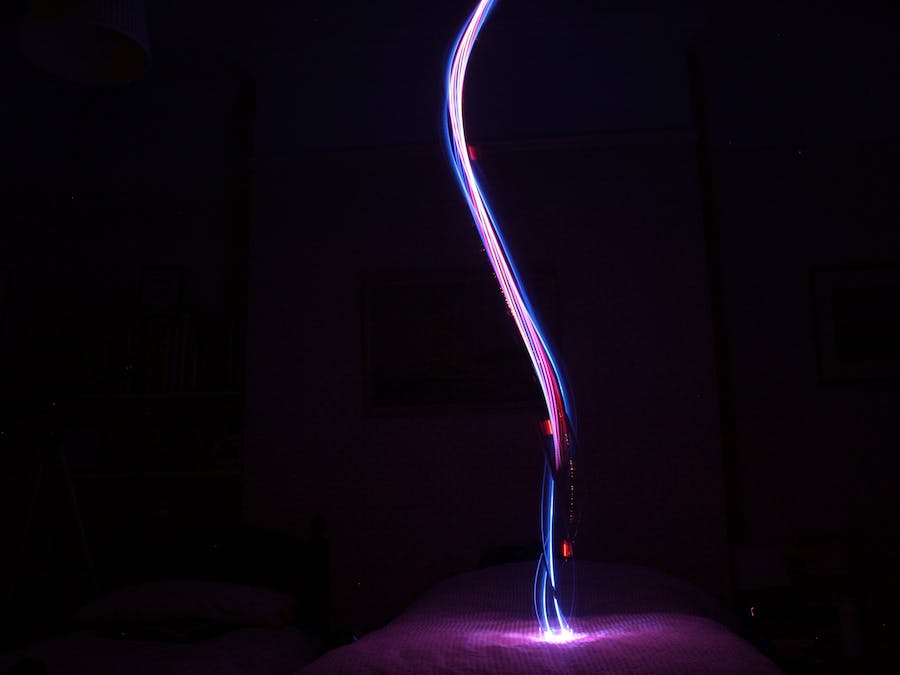 For an art project I wanted to try something new with the genre of lightpainting. The fluidity of flight makes for much more natural light strokes. I took the crazyflie and the LED Deck, had my DSLR on 20 to 30 second exposure times and flew around. I wanted to develop this idea using a kinect to image track the crazyflie so I could control its flight and in theory draw in the physical world using a computer. Unfortunately the gyro/altimeter/pressure sensor module became faulty on my crazyflie and I could not afford to send it to HK to be fixed, also at the time the computer I was using couldn't handle openCV. Hopefully in the future I can get the drone fixed and have a go at my original idea, it would be so cool!

Anyway, here are the images I made: