Autoload robot built based on a low cost 3D printer - Anet A8 Plus and Arduino Mega 2560 and Arduino Nano Every boards.

Autoload robot built based on a low cost 3D printer - Anet A8 Plus and Arduino Mega 2560 and Arduino Nano Every boards. 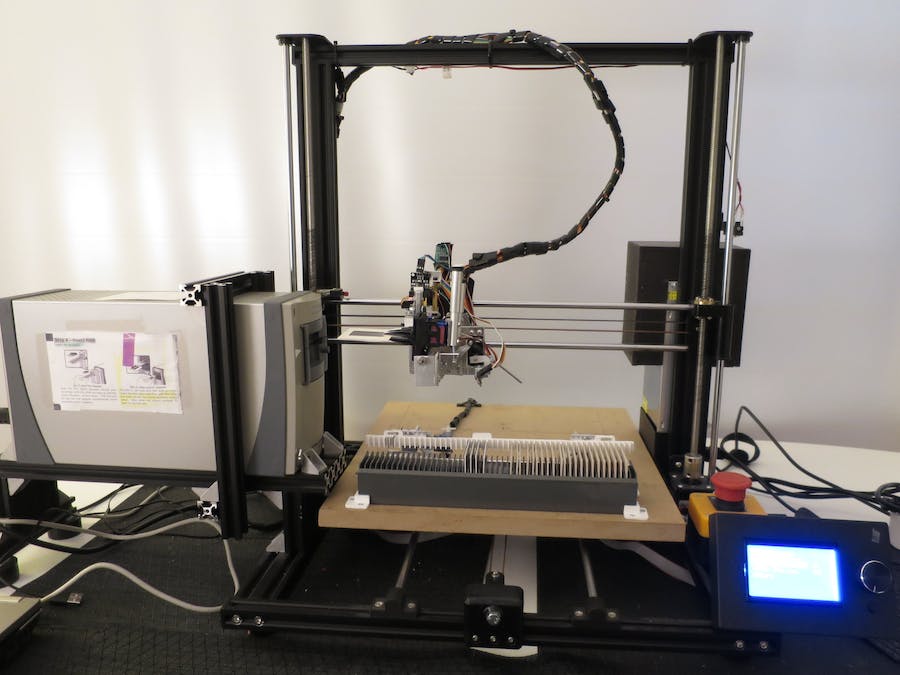 I bought the scanner back in 2005 together with my father and brother, our idea was to scan in our family slide archive, mainly Kodachrome.

Back then we never got the calibration to work with Kodachrome, so the scanner was placed in wardrobe. 2016 I made a new try, researched and bought a Kodachrome target from Wolf Faust, possible one of the last ones. Now the scan result was great, but very slow and time consuming. After one or two magazine the scanner went back to the wardrobe.

2021, Corona, got some extra spare time, and started a small DIY project to built a autoloader to the scanner. After some researched I decided to use a 3D printer as a base for the project. Give the required accuracy and at the same time low cost.

Aspecial gripper head was pieced together with a micro gripper from Pololu and some servos and special machined parts of aluminium. The control card to the 3D printer was replaced with a generic stepper controller board (RAMPS 1.4) to a Arduino Mega 2560. From start the robot did not have any sensors, but due to many different error types, sensors was added, and in the current version:

The first version was ready in April last year and with additional add ons; sensors, locking mechanism for the press out pin and revision of the control code, the auto feeder robot is now quite reliable. One ortwo slide are rejected or dumped per magazine. The feeder can handle following frame types; paper, thin plastic and CS 1.8 mm. The process is not very fast, the Scanning takes 2:20, and shifting slide take 2:40, total 5 min for each slide. 12 slides per hours, but I can load the robot feeder with a magazine and after 4 hours the scan is done.

The robot main parts are:

The additional Arduino Nano was added then the update frequents of the ICHX711 is low and direct stop function for the steeper motors could not be achieved only with the Mega 2560. The Nano reads continuously the load sensors IC HX711 and trigger an alarm pin if the alarm level passed. The steeper moves until end of position or if alarm is triggered. The alarm levels are communicated from Mega to Nano with two PWM signals.

The scanner software used can be run in batch mode, continuous scanning then new slide is placed in scanner, and after each scan a beep sound trigger the Robot.

The code is based on the following libraries:

The rescued LCD panel from the 3D printer is used to control the robot, menu system based on:

In the menu there is calibration function, the robot moves around and calibration input for position of the gripper in the critical potions, the ToF alarm level, gripper open value and X and Z force trigger levels. The calibration values are stored in the built-in EEPROM.

Question is is worth the time? I don't think I have saved any time or money, but at the same time without the project I had never scanned the slides at all. It is just too boring.

The robot is consuming servos, the gripper and swing servos are good for about 1500 slides, after that they need to be replaced. They burnout. Tried both low cost 2, 5€ per unit and 12 € per unit for the gripper servo, same service life. Now I using the low cost SG90. The wing servo is only available in version for about 12 €, I have not found a low cost version exist in that from factor. 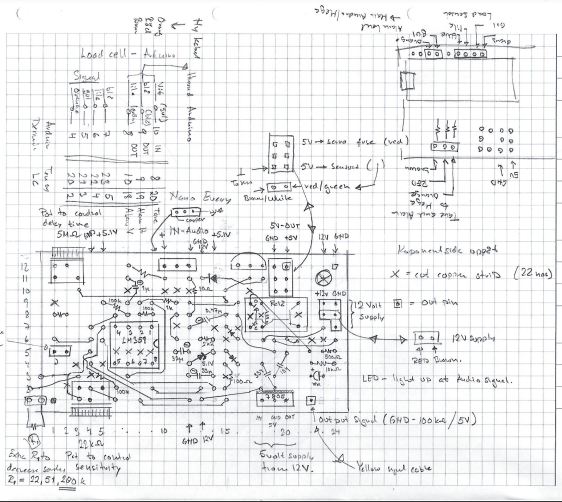