A system to display vinyl scratches movements on LED strips.

A system to display vinyl scratches movements on LED strips. 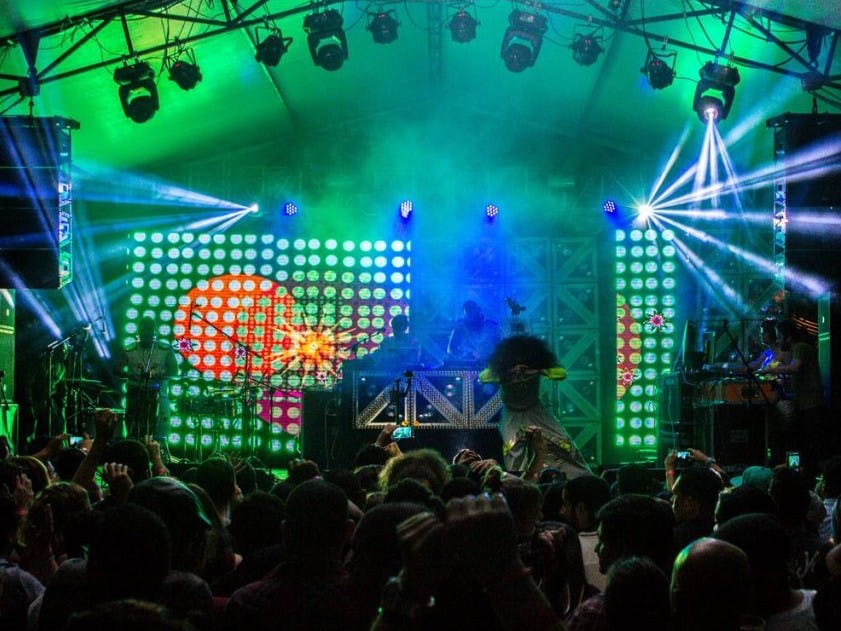 The idea of this project was to be able to play with lights using a digital scratch tool such as serato. In our case, we used LEDs and a Teensy to analyse the signal plus some electronics interfacing.

The stereo signal that we get from the turntable is a pair of 5mV peak to peak sine waves, one of them is a quarter of period late to detect the direction.

To analyse it in the teensy, we saturate it to a squared wave of 5V-0V with an op-amp in comparator mode (LM358).

Because of the vinyl noise, it needs to be filtered to remove the frequencies above 8KHz and below 500Hz (at a normal speed, the frequency is 2000Hz).

This digital signal is then processed using the Encoder library of Arduino.

The Encoder library and some explanations can be found on the following page:

Here is how to use it:

In the following proof of concept video, we simply show 8 LEDs shifting at a speed controlled by the vinyl.