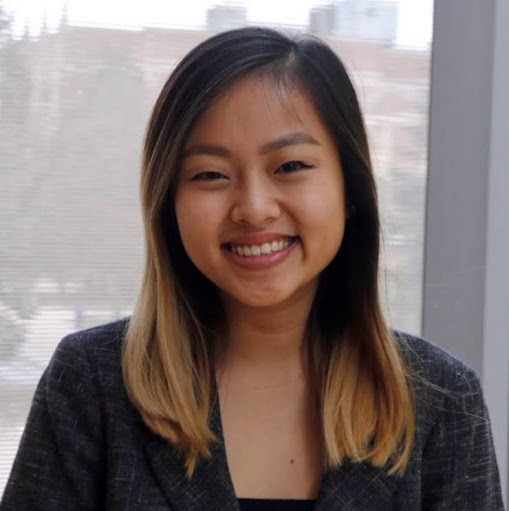 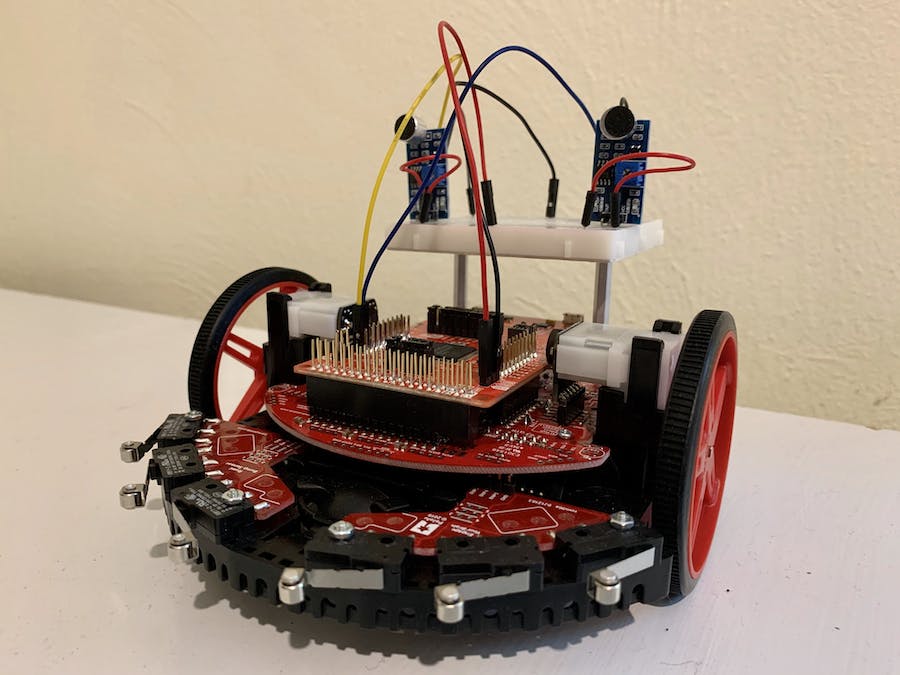 As a part of the 2020 TI Summer Robotic Design Challenge, I built a sound-following robot using the TI-RSLK MAX. The idea behind the project was to simulate search and rescue using the human voice. While computer vision, heat detection, or a combination of the three could have also been used, a single factor, voice, was chosen due to the time and budget constraints of the project.

As a proof of concept, this version of the project is a sound-following robot, rather than a voice-following robot. See the "Challenges and Improvements" section for how it can be adapted for voice detection.

This sound-following robot includes two microphone sensors, one on each side of the breadboard. This allows the robot to detect sounds coming from both its left and its right. Every 2.35 seconds, digital readings are taken from both microphone sensors. (Note: 2.35 seconds was used because that was how long the robot took to turn 90 degrees at the chosen speed. For future versions of the project, an "aiming" system can be implemented for more accurate turns.)

Though this project pivoted toward sound detection rather than voice detection, my original plans to create a voice-following robot have not been abandoned!

For future iterations of this project, there are several alterations I will be looking into:

2. Adding a third microphone (to help the robot determine if the sound is coming from in front or behind)

3. Implementing an angle detection system (to help the robot accurately turn toward the audio source)

Participating in the 2020 TI Summer Robotic Design Challenge gave me invaluable experience with the electrical design process. I am excited to employ my knowledge in future iterations of this project and beyond!

Special thanks to Mark Easley of the TI University Program for his support! 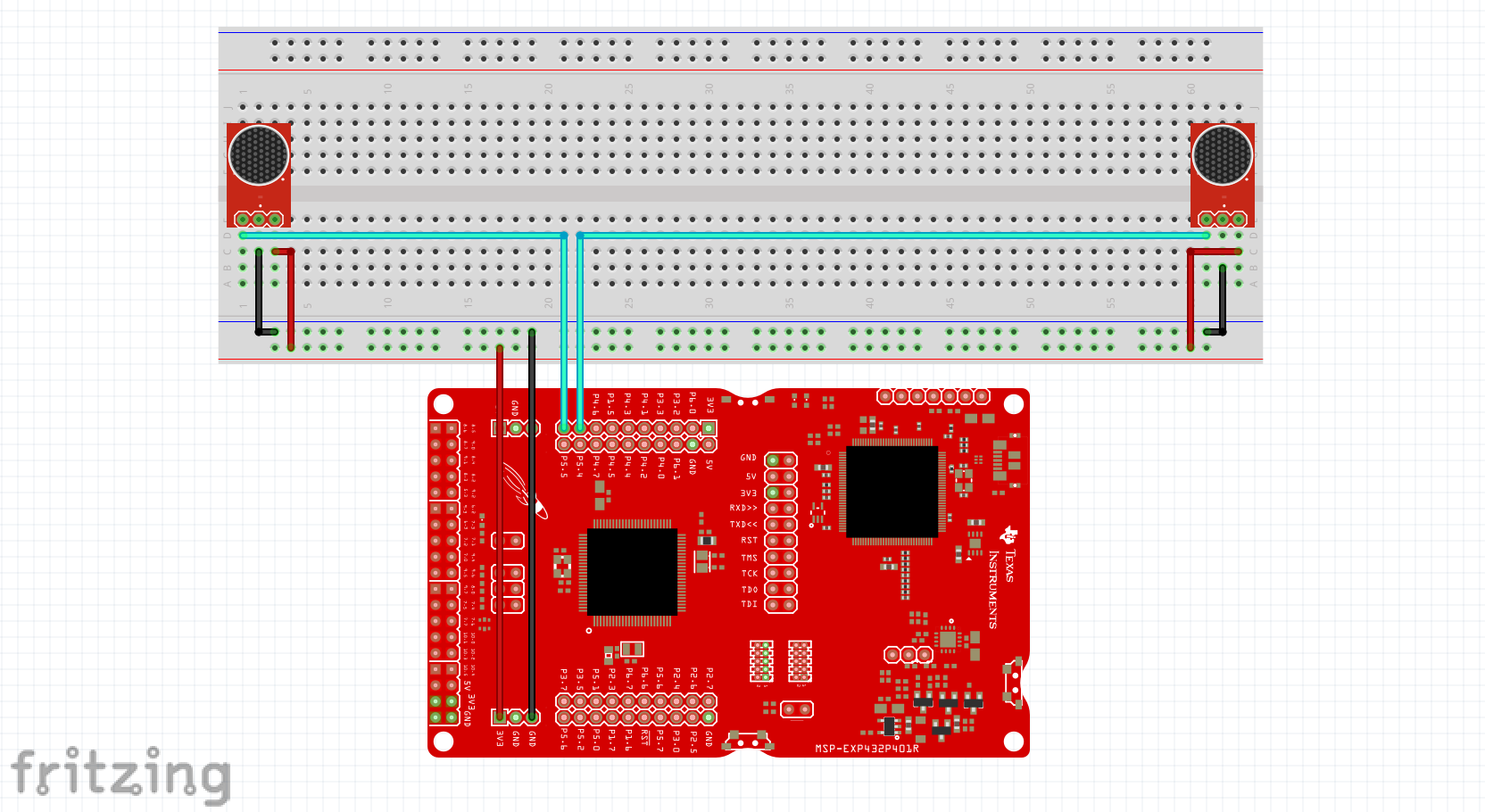