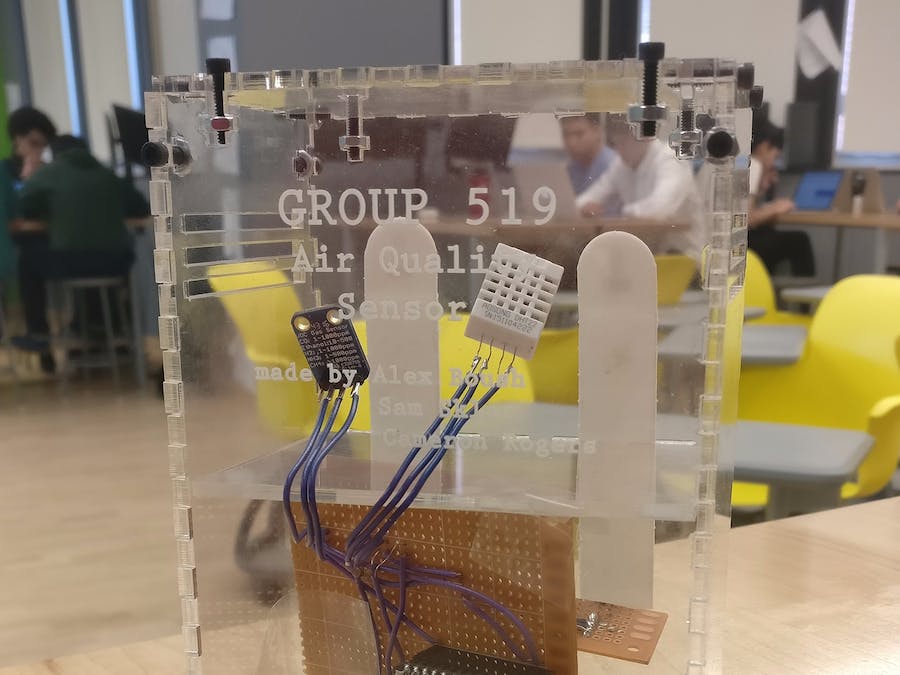 In conjunction with the Array of Things project, we were tasked with putting together a project to measure a phenomena in our high school, Lane Tech. We called the overall theme "Lane of Things". The first thing our group thought of was to work with air quality. We found a sensor on Adafruit that measured total air quality as a single number, with CO, Ammonia, Ethanol, H2, and Methane / Propane / Iso-Butane, as the factors in the equation. A temperature and humidity sensor was also added for ease of correlating different factors.

Because we are in an advanced physical computing class, we had an additional task of designing a PCB board and soldering our components in.

Another part of the project was designing an enclosure that was visually appealing. It also had to display current conditions on it. We used red, green, and yellow LEDs for this. Through testing, we came up with good values to pick for which LED should display.

LEDs can be seen at bottom

Lastly, we had the device tweet out current air conditions as well as temperature and humidity once an hour.

Air quality is measured in terms of voltage pulled from the analog pin on the Photon. Being that this is a total number, there is no real way to turn this into a ppm value. Therefore, the best way to analyze this data is to compare it against itself.