A pencil holder that also functions as a musical flashlight or lamp.

A pencil holder that also functions as a musical flashlight or lamp. 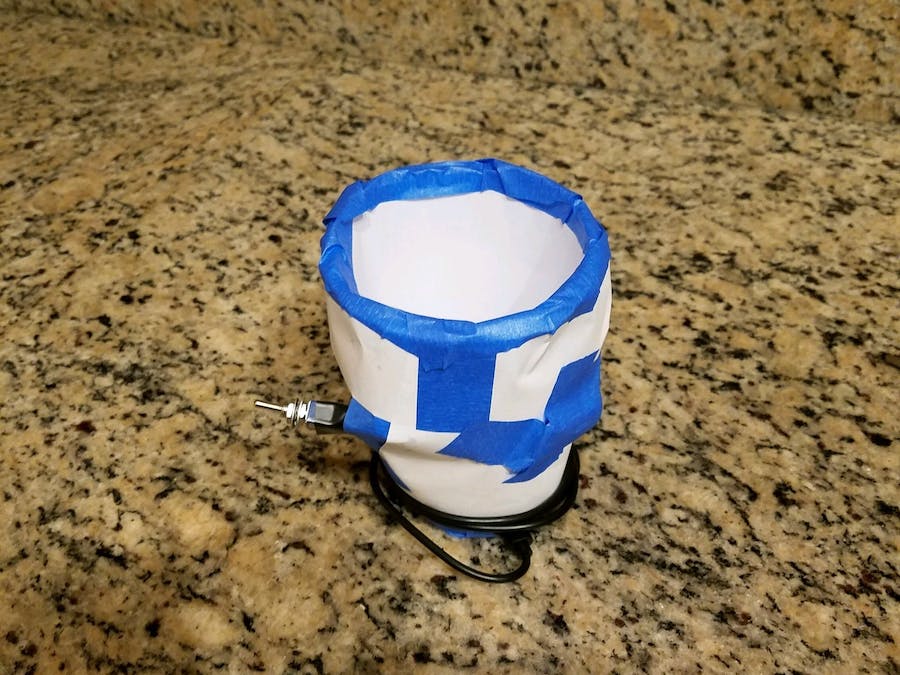 This project is a pencil holder that makes use of the Adafruit Circuit Playground Express to simultaneously function as a multi-colored light which can be used as a flashlight or a lamp, all to the accompaniment of various melodies from Microsoft Makecode, giving it its name: Write Light. Using code that I put together using Microsoft Makecode, the Write Light, when switched on, can act as a musical lamp or flashlight of many colors, which is especially handy in the dark. With its code, the Write Light can illuminate several different combinations of lights emanating from the Circuit Playground Express, with a set brightness of 127, including a rainbow pattern, blinking red lights that form a different combination each time, patterns of purple, pink and white, a growing line of blue, and a pattern of red, orange, yellow, green and blue, with each pattern played for five hundred milliseconds and accompanied by a different six-note jingle that I customized in Makecode, played at a tempo of 240 beats per minute, all with a pew sound effect between patterns.