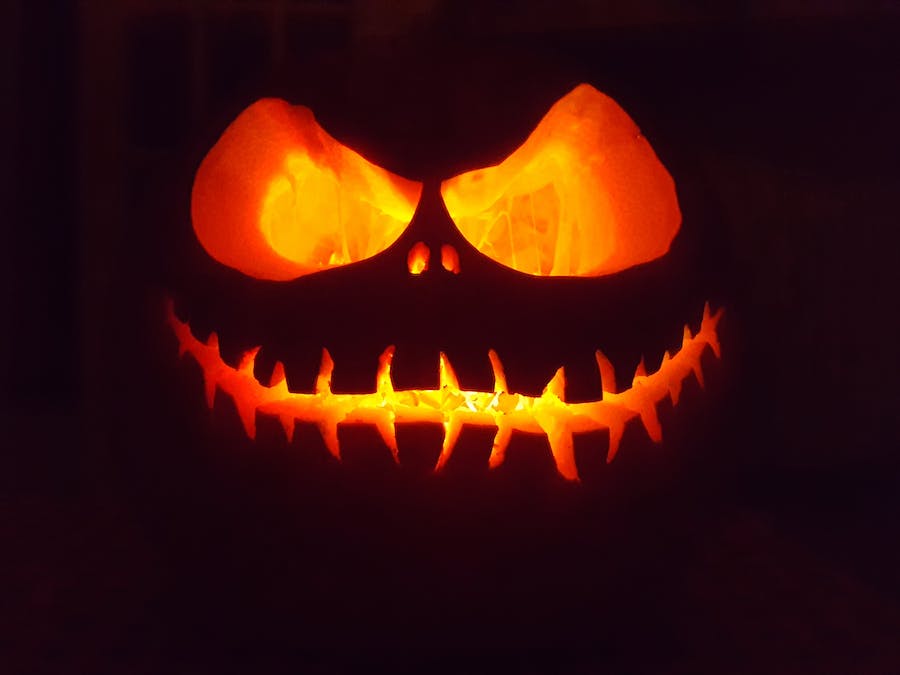 I saw a couple circuit diagrams available for the Arduino but nothing for the much smaller and cheaper ATTiny85, which is all this project really needs. I used the PWM output via analogWrite() on 2 pins (0 and 1) for a very realistic random flickering flame effect, and then just used digitalWrite() for the 3rd pin (2) to turn it on and off to make it appear to be blinking.

I also wanted it to make it a lot brighter than most projects I'd found online, so I used 3 pairs of LEDs in parallel for a total of 6 LEDs, 2 of which are basically on more than off (not really flickering - using the 3rd pin which can't use PWM) for even more added brightness. I used 3 AA batteries for 4.5 volts, and you could get away with less than 100 Ohm resistors, probably half that. You calculate resistors needed for LEDs with this online calculator: http://ledcalc.com/. You could also power it with 3.3 volts and use smaller resistors still.

Note: I lined the pumpkin with tin foil on the inside to make it brighter. 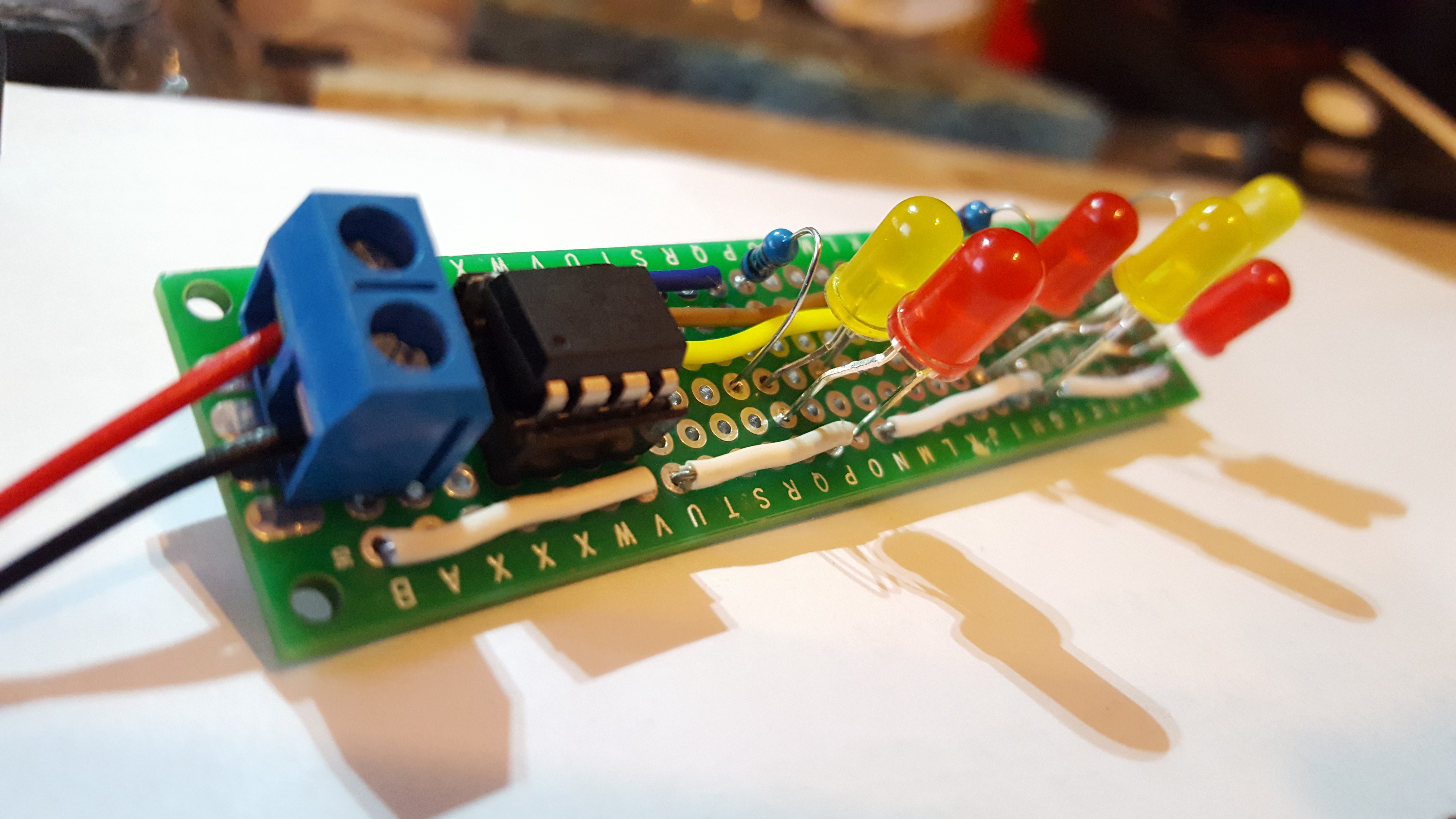 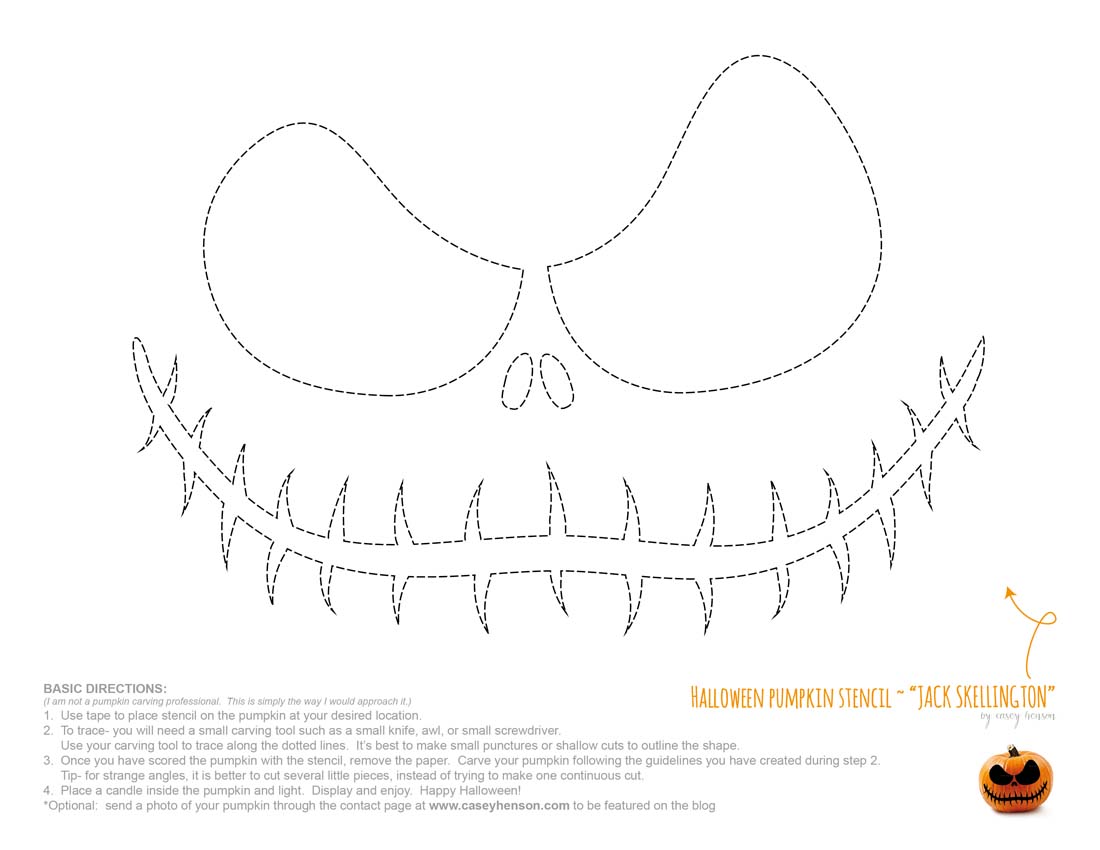