Set up your Pi to automatically take care of your plant by reading a moisture & weight data from Hexabitz modules, and watering when needed.

Set up your Pi to automatically take care of your plant by reading a moisture & weight data from Hexabitz modules, and watering when needed. 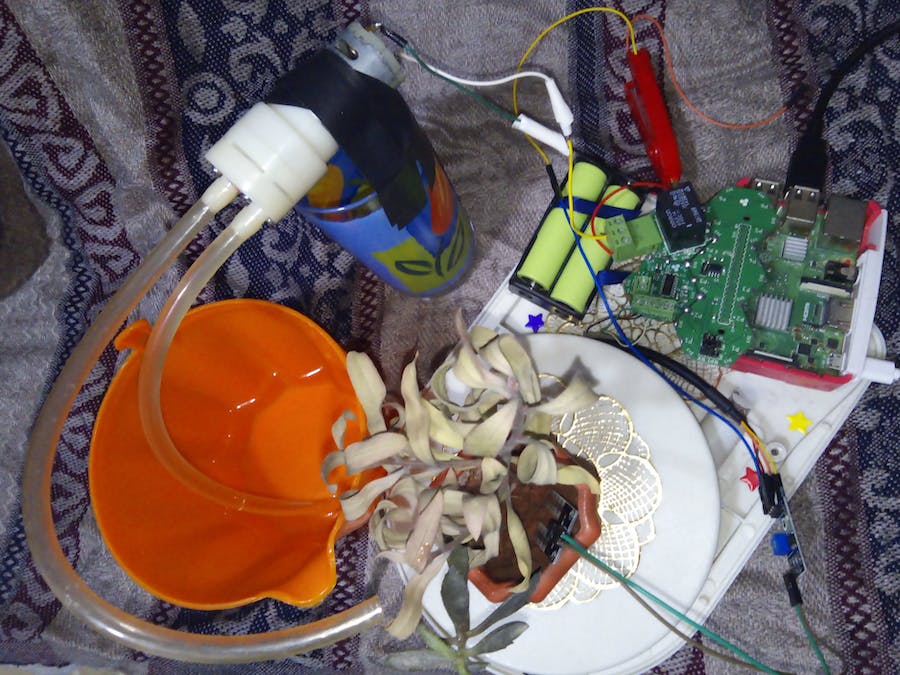 It's quite difficult to determine when you should be watering your plants. In this project, you will learn how to do the following:

Monitor the weight and moisture level of a plant 🪴🍂🐞💧⚖️

Load Cell: A load cell is a transducer which converts force into a measurable electrical output. Although there are many varieties of force sensors, strain gauge load cells are the most commonly used type.

A load cell consists of a metal core and a set of electrical resistances that transform when a force is applied to it. But after the force is removed, it returns to its original state. The reversibility of this material determines the quality and accuracy of the load cell. The equivalent electrical circuit of a load cell is as follows:

Our load cell has 4 wires:

It supports the SWD (Serial Wire Debugging) interface for the communication with any STM32 microcontroller located on an application board.

It also provides bridge interfaces to several communication protocols, allowing for instance the programming of the target through bootloader.

Moisture Sensor: Analog Soil Moisture Sensor can read the amount of moisture present in the soil surrounding it. It's a low tech sensor, but ideal for monitoring an urban garden or your pet plant's water level. This is a must have tool for a connected garden!

This moisture sensor uses the two probes to pass current through the soil, and then it reads that resistance to get the relative moisture level. More water makes the soil conduct electricity more easily (less resistance), while dry soil conducts electricity poorly (more resistance).

It can be helpful to remind you to water your indoor plants or to monitor the soil moisture in your garden.

How does it work? The voltage that the sensor outputs changes accordingly to the water content in the soil.

When the soil is:

DC Water Pump Motor: DC powered pumps use direct current from motor, battery, or solar power to move fluid in a variety of ways. This diaphragm pump is the perfect choice for any project that requires liquid to be moved from one place to another. The pump requires a hose that you can cut to your requirements, the hose provides a good seal and will not leak.

Microcontrollers are capable of detecting binary signals: is the button pressed or not? These are digital signals. When a microcontroller is powered from five volts, it understands zero volts (0V) as a binary 0 and a five volts (5V) as a binary 1. The world however is not so simple and likes to use shades of gray. What if the signal is 2.72V? Is that a zero or a one? We often need to measure signals that vary; these are called analog signals. A 3.3V analog sensor may output 0.01V or 2.99V or anything inbetween. Luckily, nearly all microcontrollers have a device built into them that allows us to convert these voltages into values that we can use in a program to make a decision.

An Analog to Digital Converter (ADC) is a very useful feature that converts an analog voltage on a pin to a digital number. By converting from the analog world to the digital world, we can begin to use electronics to interface to the analog world around us.

Not every port on a micro-controller has the ability to do analog to digital conversions. On the Hexabitz module, P2 & P3 pins can read analog voltages.

The way an ADC works is fairly complex. There are a few different ways to achieve this feat (see Wikipedia for a list).

To start, we need to select ADC channel.

And then do the analog to digital version by using the ReadADCChannel API:

And to reading the analog signal, & convert it to digital value as a percentage (0-100) you can use this API:

Note: Calling Get Read Percentage API will replace using ADCSelectChannel API, if it was called then the reading will be exclusively from the "bottom" layer.

1) Planning the array and assembling the hardware:

We prepare the project components and plan our array design by aligning modules side-by-side. Then we solder the modules together using Hexabitz Fixture.

Check out this article for writing code with STM32CubeIDE.

Based on the calibration values, the programs below define the ranges to determine the status of the soil 🪴

These values were first monitored using the STM32CubeIDE debugging function to monitor live expressions, as shown in the screenshot:

These limit values change depending on the kind of plant 🌲🌳🌾🌿🌱🌴🌵🥀🌷

Note: You can use Receive Weight function in BOS_Porting.cpp in HF1R0x-Firmware/src/hexabitz folder to display weight values on your Pi.

Note: I will developing this project to be an IoT system (I'll search for a nice way to display the data on a website hosted on Raspberry Pi). 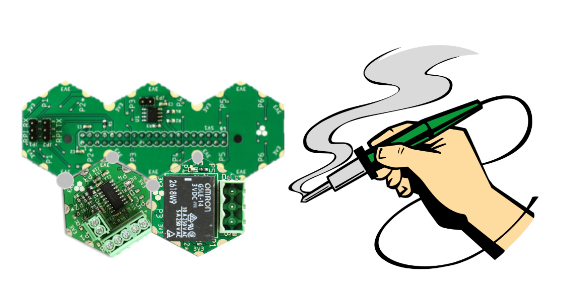