Automating home stuff is fun. In this tutorial we are using PIR sensor to detect motion and turn ON bulb using Raspberry Pi and Hexabitz.

Automating home stuff is fun. In this tutorial we are using PIR sensor to detect motion and turn ON bulb using Raspberry Pi and Hexabitz. 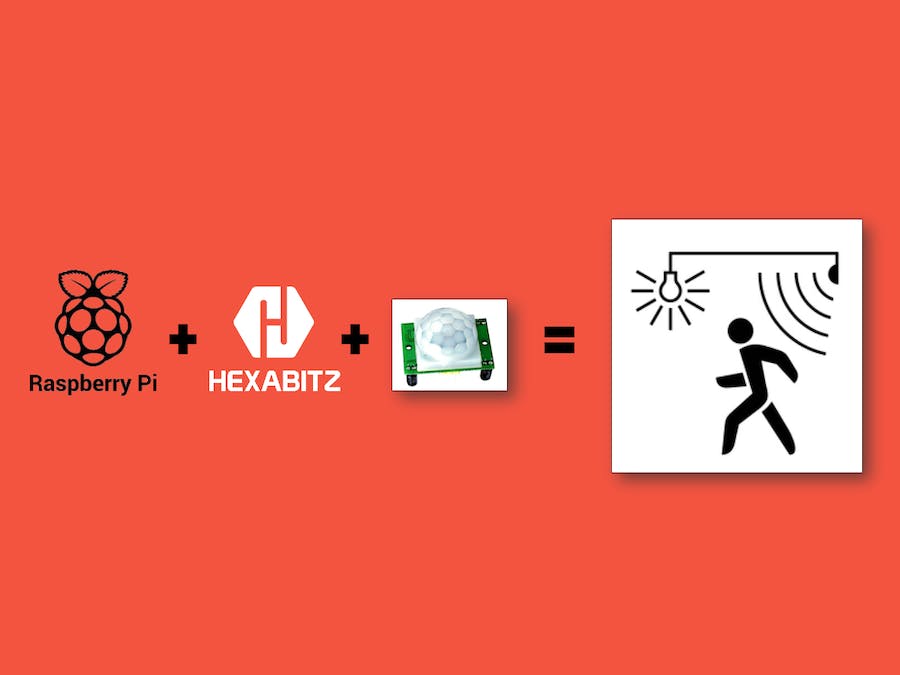 Automating home stuff is fun. In this tutorial we are using PIR sensor to detect motion and turn ON bulb using Raspberry Pi and Hexabitz. And it will remain ON for 1 minute if no motion detected. Obviously you can increase or decrease this time.

How I build it 🛠️

HF1R0x is Hexabitz Raspberry Pi interface module. It interfaces seamlessly to Raspberry Pi 3B/3B+/4B single-board computers and enables you to connect and control your favorite Hexabitz modules from the Raspberry Pi operating system and build your own Raspberry Pi Hat.

You can use C++ Hexabitz Interface library on Raspbian, Ubuntu or other compatible Linux distributions from within your C++ or Python applications.

H0FR6x is a compact solid state relay (SSR) module capable of driving AC loads up to 600V and 1.2A. It is based on Panasonic AQH3213A SSR and STM32F0 MCU. You can use as a stand-alone smart AC relay and easily control AC loads (lamps, fans, power outlets, etc.).

PIR sensors allow you to sense motion, almost always used to detect whether a human has moved in or out of the sensors range. They are small, inexpensive, low-power, easy to use and don't wear out. For that reason they are commonly found in appliances and gadgets used in homes or businesses. They are often referred to as PIR, "Passive Infrared", "Pyroelectric", or "IR motion" sensors.

The IR sensor itself is housed in a hermetically sealed metal can to improve noise/temperature/humidity immunity. There is a window made of IR-transmissive material (typically coated silicon since that is very easy to come by) that protects the sensing element. Behind the window are the two balanced sensors.

The Fresnel lens condenses light, providing a larger range of IR to the sensor.

This is a simple to use motion sensor. Power it up and wait 1-2 seconds for the sensor to get a snapshot of the still room. If anything moves after that period, the 'alarm' pin will go low.

There is two trim port on PIR sensor, One is for Sensitivity and second is for Time trigger (Delay time) port. You can choose sensitivity according to your needs and you can also set delay time by moving trim port knob to the right or left. Left side is for low time that is 0.3 second and Right side is for HIGH, its time around 5 minutes. You can use manufacturer tutorial for accurate information.

Output: Digital pulse high (3V) when triggered (motion detected) digital low when idle (no motion detected). Pulse lengths are determined by resistors and capacitors on the PCB and differ from sensor to sensor.

Power supply: 5V-12V input voltage for most modules (they have a 3.3V regulator), but 5V is ideal in case the regulator has different specs

How to setup Hexabitz Raspberry Pi Interface Module Firmware for the first time?

How to compile the repository?

How to run the executable?

If PIR sensor detect motion, it will give HIGH signal, if it is HIGH, Bulb will turn ON (SendMessageToModule 📩 ). It will remaining on until the delay time is set on PIR sensor. 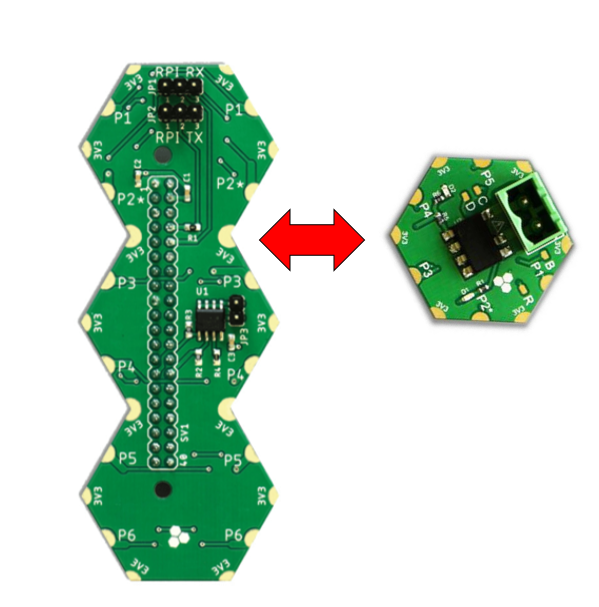