Creating a smart pillbox in collaboration with Samsung

Creating a smart pillbox in collaboration with Samsung 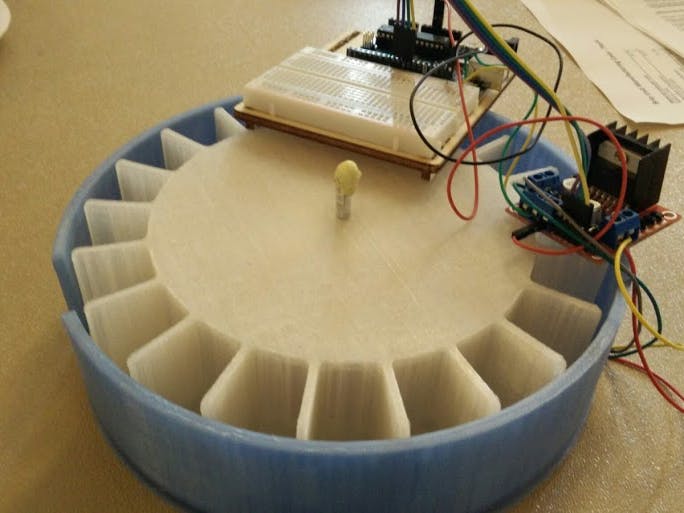 We initially sketched different images of how we imagined the smart pillbox to be designed. We started with a few different concepts:

1) Auto-dispensing circular design that would rotate to the compartment holding the pill dosage at the correct time. Modular design also allows stacking to add more pills.

2) Modular triangular compartment design with push-tray design that would activate a piezo to notify caregiver that tray has been opened and a weight sensor beneath the tray detects whether pills have been taken out.

3) Modular design that can be assembled in a matrix design and also taken apart for on-the-go. Flip-top design allows easy access to pills.

Ultimately, we chose the auto-dispensing design because the competitors in this space have much more room for improvement, and it tackles a more urgent need of patients with memory loss.

After that, a teammate proceeded to do the CAD design in solidworks. This was the final design she created:

I then proceeded to 3D print the design. The outer base was printed using ABS while the lid and the compartments were printed with PLA. The base took about 13 hours, the compartments took 16 hours, and the lid took 5 hours.

The other issue is that sometimes the compartments would shift a bit off, so the compartment would not exactly align with the opening. We would have to examine the design construction to make it rotate more consistently.

Here is a demo of the working prototype with the notification setup through the API from the Samsung IoT platform:

We actually altered the design after 3D printing it, and we learned that it is probably better to go through a few iterations of the design on a software rather than 3D printing it right away if possible. The 3D printing took quite a few hours, and should be reserved for a more high-fidelity version. Cardboard and laser cutting should be used for more rapid prototyping initially.

We remodeled the pillbox to have only the walls of the compartment rotate, the walls could push the pills around to the opening. Additionally, the weight sensor could be attached to the base of just one of the compartments rather than every single one to detect whether the pills had been removed or not. The push-out tray would be better for arthritis patients and also afford pushing a piezo to alert the caregiver with a notification that the pill had been taken (a design feature taken from concept 2 above).

After showing the design to some users, we found that they needed to build credibility with the object by having some visual display of what was going on. Therefore, we added an LCD screen showing the time so that users could relate and the time to taking their pills. Additionally, users expressed that they preferred a transparent cover so they could visibly see the pills to ensure they could trust the device by knowing what was going on. We also added play and record buttons for communicating with their caregiver via voice messaging, which plays after they take their pills.

One of my team members used a software to render the product with different materials: