Crazyradio is an open-source 2.4GHz radio dongle. This project documents how to access the USB bootloader, even if it has been locked.

Crazyradio is an open-source 2.4GHz radio dongle. This project documents how to access the USB bootloader, even if it has been locked. 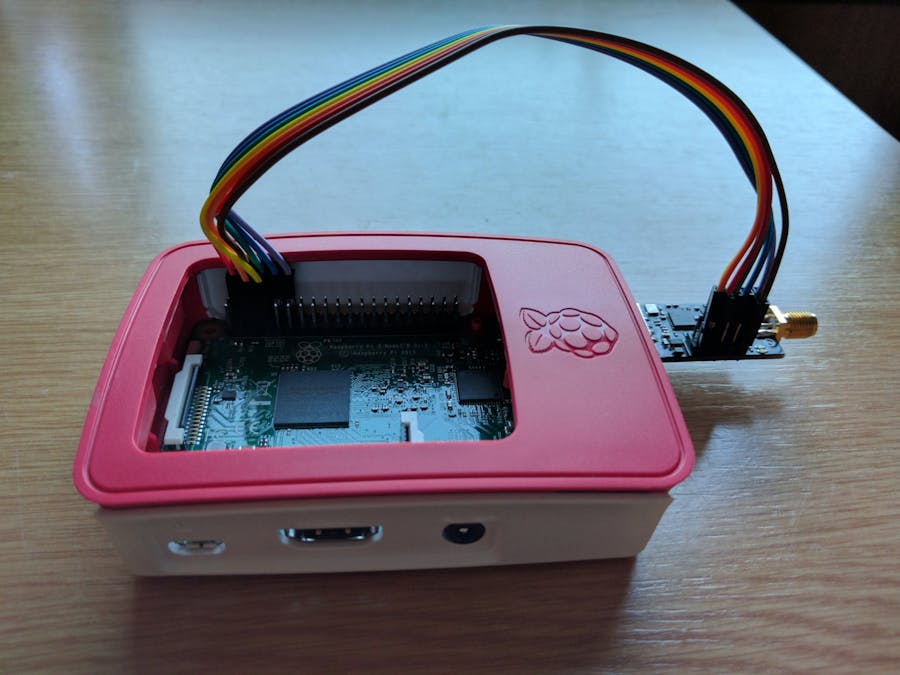 Crazyradio is an open-source 2.4GHz radio dongle originally intended for communicating with Crazyflie. Being open-source, it is designed to be hacked and enhanced for its designed purpose, and modified for others.

The solution is then to have an SPI programmer. This article describes how to use your Raspberry Pi as an SPI programmer to recover the USB bootloader. This allows it to work with the Crazyradio without the fear of locking it up.

You need to run a recent version of Raspian (at least newer than December 2016). To clone the project, run the flashing script and the bootloader script. Some additional packages are needed. You can install them by running the following in a console:

Cabling the Crazyradio and Raspberry Pi

The Crazyradio expansion port needs to be fitted with a 2x5 pin connector and connected to the Raspberry Pi expansion connector.

The default cabling is described at the beginning of the programming script:

The pin number on both the Crazyradio and the Raspberry Pi correspond to the physical number on the connector.

The Crazyradio should be powered, either using the expansion port VDD pin (1) or by connecting it to a USB port. When using the Raspberry Pi connector the setup looks like this:

The script is located in the Crazyradio GitHub repos in the fix_bootloader folder. You will need to clone this repos in your Raspberry Pi and run the script. In a console:

If the flash content is displayed as 02 78 00, the Crazyradio should now boot the nordic bootloader!

Restarting the Crazyradio and flashing using the USB bootloader

When the script quits, all GPIOs are released and the PROG pin of the Crazyradio is kept in the prog position. This prevents the Crazyradio from booting the bootloader. So the first thing to do is to disconnect at least the prog pin (you can safely keep the other pin connected). When that is done the bootloader should start, you can verify it with dmesg and lsusb in a console:

The nordic bootloader shows with both dmesg and lsusb. You can now flash a firmware. For example you can flash the latest release: