This AI Robot can recognize objects , face and talk to yo using app . It can follow the commands to move head , talk or other things.

This AI Robot can recognize objects , face and talk to yo using app . It can follow the commands to move head , talk or other things. 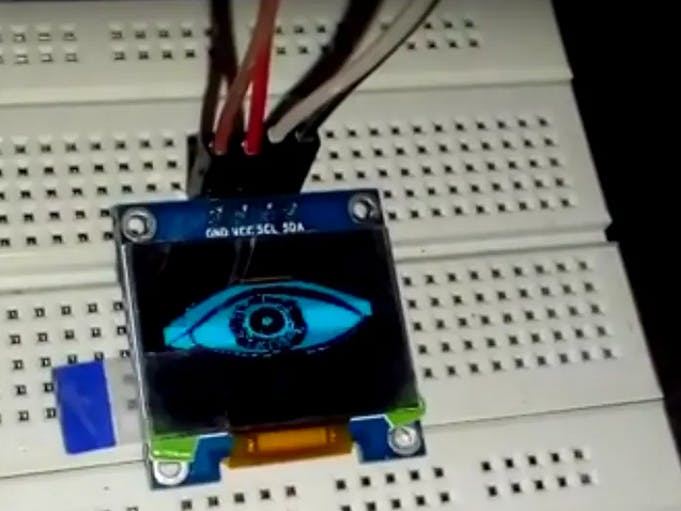 Lets make a simple robot that can also recognize the objects and tell you about them can talk to you and move according to your voice commands through android app.this robot can also give simple answers to some question according to the inbuilt question answer in app.You can also use google assistant with this robot to make more exciting.

It can also recognize the objects and tell you about them. We will be using the face for robot here I am Using The open source INMOOVE robot head for its face you can make any other custom design for face.

First 3C print the robot head and then make the all structures fix as in pic and then connect the servos to its neck and mouth support so that it can move its neck, mouth to takes as per our given command.

Next we need to connect the servo to Arduino and fix them accoring to circuit diagram.

Next we will Make the eye for robot so that i give eye expression while talking to do so we need to connect the OLED eye to Arduino and the upload the code to Arduino.

Now downlode the code from the link above and upload it to arduino micro .

First open Arduino IDE and paste the code that you have downloaded then change the board to arduini pro mini.

select the the com port of arduino and upload it.

connect the wireless Bluetooth speaker to it with in the back of robot as in pic.

Wiring connect the wire according tho code to arduinio

pin and Tx of Bluetooth to rx pin arduino

now you are ready

connect the app to Bluetooth of arduino

sorry for any spelling mistake during the writing of tutorials as I am new to it .Hope you Love it and vote us.

To install the above libraries, open the LX terminal and then type the following commands: 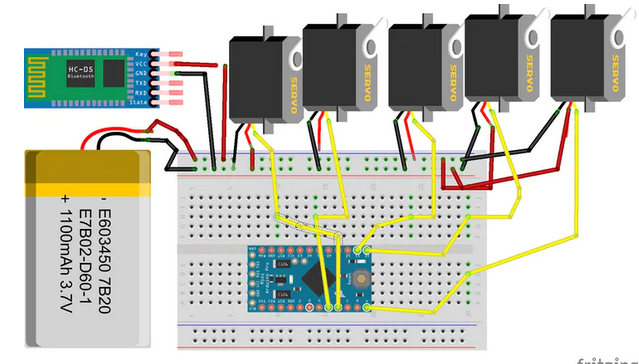