This is simple Drum Pad built with Cap-sense touch and IMX-RT.

This is simple Drum Pad built with Cap-sense touch and IMX-RT. 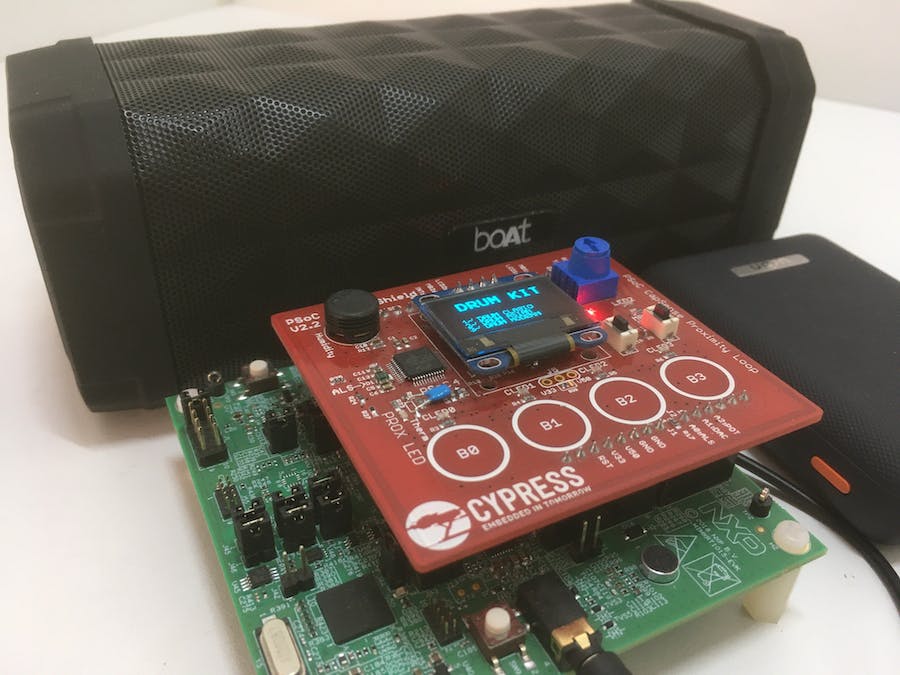 This Drum Pad is one of my old idea and wish too. I submitted this idea during "Sony Spresense" contest unfortunately I did not received the board. So the idea was lying on my head for over a year.

Finally its breaks out with the NXP's IMX RT Crossover MCU, I was having IMXRT1015 so initially I started the project with that, later I ported the code into IMXRT1011.

I used AFE shield board from Cypress, this can be seated on top of the IMX RT over Arduino connector. The board has PSoC4 analog processor (MUC) in it.

AFE shield has interfaces for OLED, Capsense, Switches and LED's and accessed through i2C interface.

IMX RT side, using SAI to play the audio file at 16KHZ. I have created 12 samples (.wav file) and the raw data is stored in the music file. Based on the capsense button press triggering the sound effect.

Speaker I used is from Boat, it has internal battery so only thing required is to feed the Aux input from IMXRT EVK.

I felt that, button sense over I2C bit slow due to that having the limitation of playing the music as faster. Anyway its just demonstration of my concept.

This drum has 3 modes of music set. The mode can be changed with the help of mechanical switch (push button). Also the volume can be controlled via Potentiometer.

The working video is here. 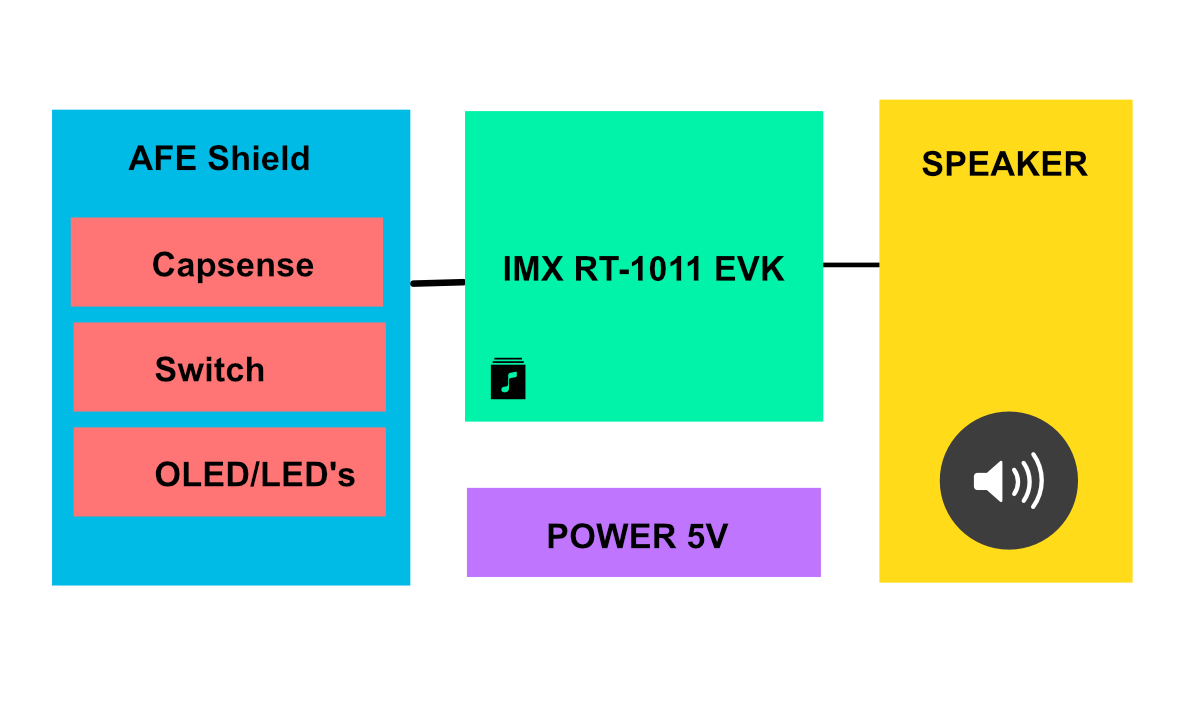