Create a device that will send you a text when your car's alarm goes off.

Create a device that will send you a text when your car's alarm goes off. 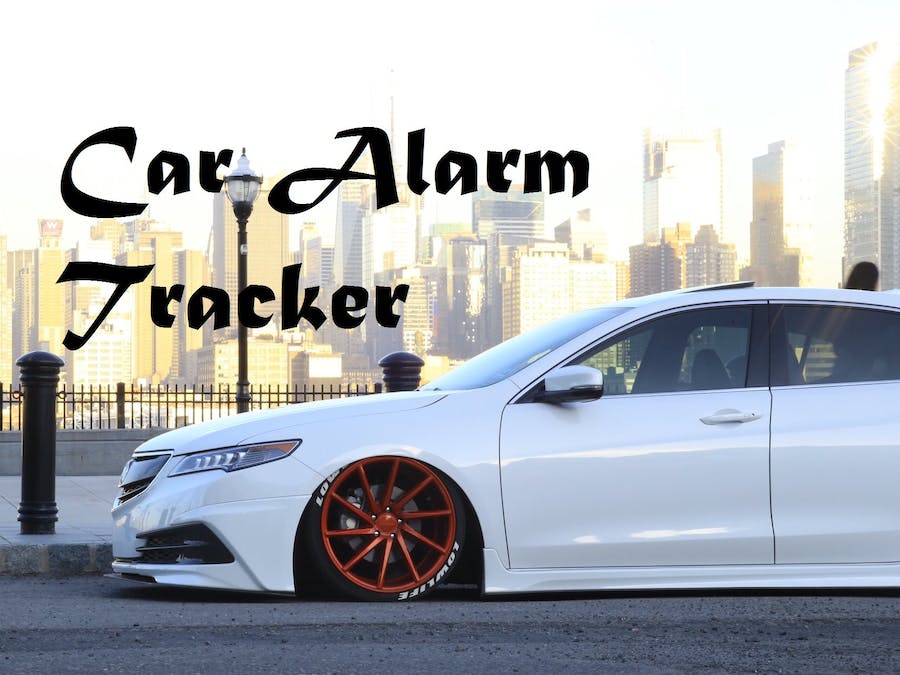 Create a device that will recognize when a car alarm is sounding and text the user that his/her car alarm is going off and they should investigate. The device shouldn't go off if another car is just honking for a few seconds or if a loud bang occurs - it should only go off if there is a sustained car alarm.

Car alarms are present on almost all new cars. Some cars will let you set the tolerance setting for when the car alarm goes off and various other settings but this is only helpful if you are: 1) near enough to the car to hear/see the alarm go off or 2) can recognize your car's alarm sound from a distance so you can go investigate. To address this issue, and using a Nova Hologram, a Raspberry Pi W, a USB microphone and a portable battery, I've assembled a device that will recognize the car alarm and alert you.

The requirements are outlined above and in order to address them I had to make a couple of assumptions:

Honking is a sustained noise for a period of time, Loud Stopping is an infrequent noise, Car Alarm is a frequent noise

The code was developed in python 2.7 and required the following libraries:

In order to import the pyaudio library into python, use:

In case this is your first time using python, to verify that you have imported the libraries correctly, open up a window and type:

If it doesn't result in an error, you've done imported the library correctly.

After you've imported all of the libraries, the next step is verify that you can text from hologram.

Here is the link to the Python SDK for Hologram: https://hologram.io/docs/reference/cloud/python-sdk/

The device utilizes the four usb ports and the power supply was initially from the wall but final installation is using a lipo battery.

The red and blue device is the hologram, above that is the usb microphone

The initial setup included playing a car alarm audio off of my computer and setting the threshold down to 100.

After 10 seconds of the noise, I received a text.

Text showing that the car alarm is going off

To make the script run when the device boots, open a command window on your raspberry pi and type:

It will ask you which one you would like to boot into, select option 2.

Enter in at the bottom of the script:

test.py is what I called the script I wrote. You can change based off of your naming.

Press CTRL+X to exit the script and make sure you saved. I followed the following instructions for this: https://www.dexterindustries.com/howto/auto-run-python-programs-on-the-raspberry-pi/

Here is the image of the text I received after setting up the script to start on boot:

So it successfully boots up and I can run the program without any issues. I plugged it into a portable battery and the same result occurred!

Wiring with a portable charger

Using a Raspberry Pi W Zero, a Hologram Nova Global 3G/2G Cellular Modem, and a USB microphone, I've created a device that will send alerts to me when my car alarm goes off. Future implementations could be to charge the battery off of the car when it's on so that you wouldn't have to swap the portable charger. I had to adjust the threshold value to be perfect for my car (not as easy of a task as I'd like because I had to remote into it over wifi and my wifi range doesn't extend that far).

20 projects • 32 followers
I'm an EE with a Masters in ECE. I like building things.
ContactContact